NEW YORK, NY (November 20, 2018)—The AKC National Championship Presented by Royal Canin has drawn record entry numbers in its 18th year. An entry of 5,003 dogs will compete for the title of National Champion on December 15 and 16, 2018 in Orlando, Florida. Combined with the other weekend events including the AKC Royal Canin National All-Breed Puppy and Junior Stakes, AKC Agility Invitational, the AKC Obedience Classic, AKC National Owner-Handler Series Finals, NADD/AKC Diving Dogs Championship, and the Junior events, the overall show totals top 9,023 entries, making this the largest dog show held in the United States since the AKC 1984 Centennial event and the largest dog show in North America.

“The AKC National Championship Presented by Royal Canin is a unique experience that no dog lover should miss,” said Dennis Sprung, AKC President and Show Chairman. “With a quality entry thanks to our breeders, and more than 1,000,000 square feet of event space, top canine athletes competing in a wide variety of dog sports, tons of vendors selling dog-themed items in time for the holidays, more than 160 AKC Meet the Breeds® booths and more, there is something for everyone at this canine extravaganza.”

Events in the one million square feet of canine-centric space during the National Championship week of December 11-16, 2018 include the:

What Dog Show Person Deserves a Gift This Year? 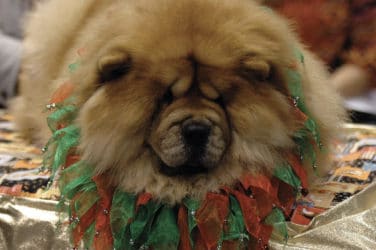