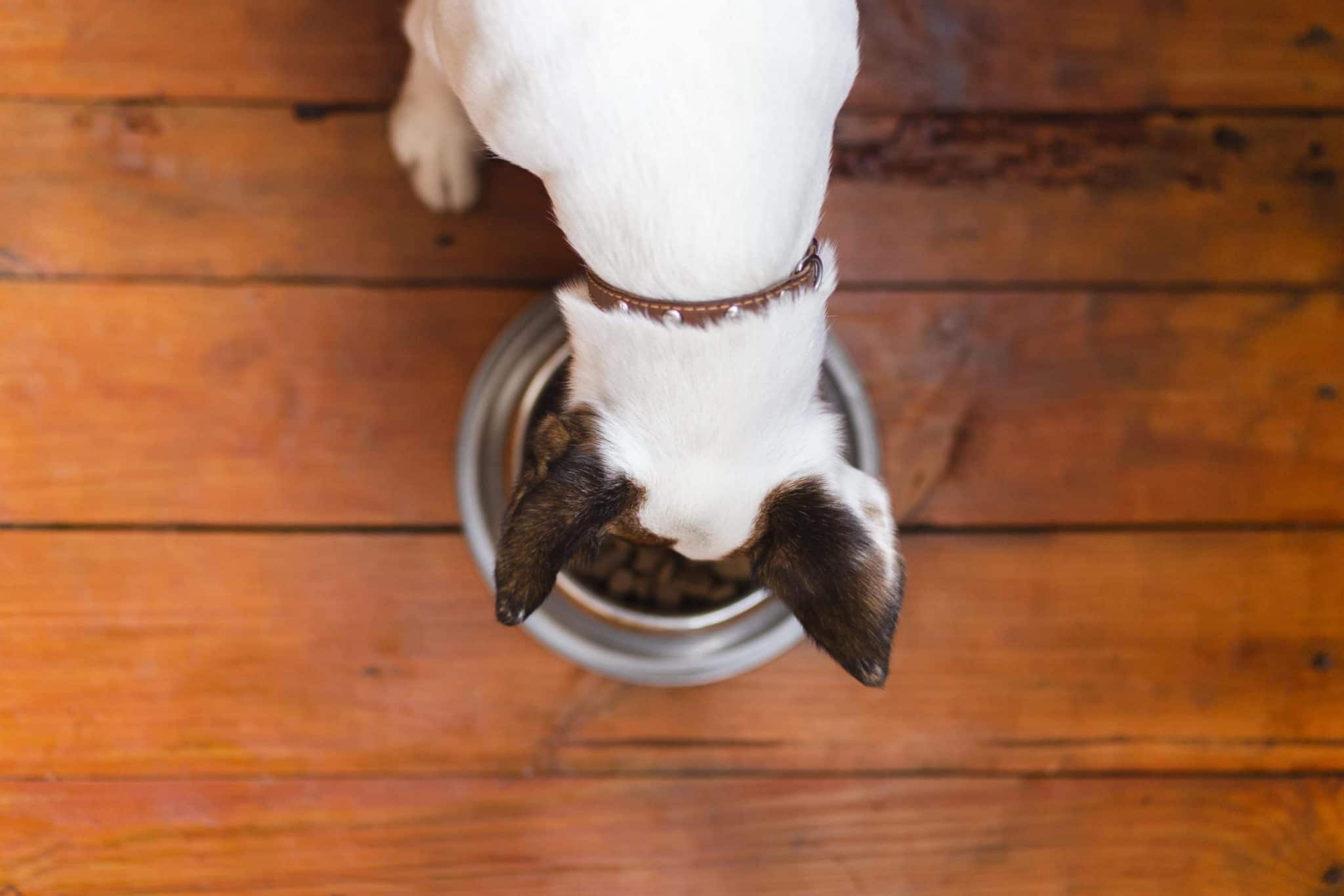 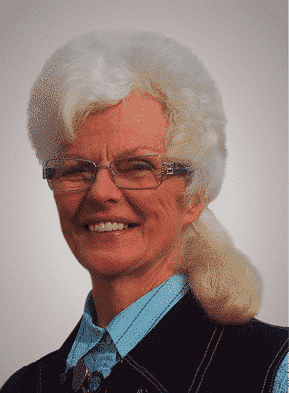 Watching the NatGeo special on the Yellowstone Wolves, I was struck by their magnificent condition and, barring injury, long lives and how that compares to our pampered dogs. If you haven’t seen it, search your listings. The lesson learned is better than any seminar I’ve ever attended or given.

The handsome pack leader led for almost a decade until his mate died. In case you’ve forgotten, the wolf mates for life. The male wolf usually leads the pack because of his strength and dominant character but his mate is equally involved in decision-making. He was in superb health and condition. He had his pack, his pride, and his leadership role but life clearly wasn’t worth living after losing his mate.

There was no voice-over. The camera silently captured the mighty leader heading out across the vast tundra to die alone. His pack watched him go. They knew. I cried.

We’re told that animals don’t “think” like humans do, but Canadian naturalist Farley Mowat wrote about it in his famous book Never Cry Wolf. There are recorded instances of American Intuit (Eskimos) who have chosen suicide-by-freezing as release from suffering, sorrow or being a burden on others.

But back to the point; wild canines are known to be long-lived if not injured, trapped, or shot. Wolves, coyotes, foxes; they all eat a natural diet and in order to do that, they are in superb physical and mental condition. They bring down “food” four times their size after running for miles. Is there a show dog out there that could do that? My Akitas couldn’t have done it and they were in superb condition.

We’re told that stress takes a heavy toll on physical health. Could it be that wild animals don’t worry? They don’t “think” about the weather or how hard it will be to get a meal during a blizzard. Unlike humans, wolves have no reason to worry about fidelity. One gets the impression that their station in the pack and loyalty to each other is a big factor in low-stress social engagement whereas our show dogs are deprived of that interaction.

Dogs love us humans, but is it really the same as bonding with a mate or being part of the wolf pack? Do our show dogs have a natural buddy? Many do not. Family dogs probably look forward to Obedience classes or dog shows more than we do. It is their chance to “meet and greet” others of their own kind.

Do dogs worry about their next meal? Only domestic dogs watch the clock. Wild canines can go days without a big meal. They can travel miles hunting food. Finding game, they chase at full speed, and then they gorge themselves with no risk of bloat. Oh, I forgot. They eat meat.

Personally, I believe that only a burst of strenuous exercise properly prepares a carnivore’s digestive system for a big meal. Think about that. I’ve had dogs that actually
yawned and “thought about it” before checking out the food bowl I just set down. No wild canine ever ate corn, wheat, or soybeans. They do however, nibble on carefully selected grass, herbs, or weeds.

Does your urban dog have that opportunity and is the grass pesticide-free?

Meat should be fed raw with the exception of fish. Note: canned mackerel is cheap and greatly appreciated by all Northern breed dogs. Malamute, Siberian, Chow dog owners—do you feed your dogs fish? Even desert-bred dogs love fish.

What about beef, pork or chicken liver? Organic livers only! The liver is the body’s filtration system, the organ that detoxifies chemicals and drugs. Organic beef, poultry, lamb or chicken means the animal has not received any growth hormones nor has it been sick and required antibiotics. It is a more expensive, but well worth it for
organ meats.

Milk is not at all “natural” for adult dogs, but cottage cheese, yogurt, and whole buttermilk (how can butter-milk be low-fat?) are well tolerated in a natural canine diet. Perhaps because farm dogs have relished fresh or soured milk for centuries, the canine digestive system handles “fermented” dairy products even as it often rejects today’s “fresh milk.”

Do you keep canned Goat Milk in case nursing puppies (or elderly dogs) need supplementing? A tiny drop of Karo Syrup makes it as sweet as mommy-milk.

All canine diet advice should come with a big chunk of common sense. You can spend a fortune in “coat conditioners”, vitamins, and food additives or you can skip the “supplements” and feed what has nourished carnivores since prehistoric times. See me smile?

The message here is that many kennel dogs and working-owner house dogs are seriously deprived, both physically and mentally. They become food-obsessed (and owners love to indulge them) but as carnivores they would hunt, often over long distances and sometimes unsuccessfully. They are deprived of that genetically programmed physical exertion and adrenaline rush. They accept us as their “pack”, but still. Then when they try to sniff our butt we rudely shove them away. Don’t laugh, think about what they are missing as regards social interaction and gossip.

More so than the average “yard dog” our show dogs and breeding stock are often deprived of things that matter to a dog. Sure they love us and they prove it every day. But think for just a minute. How long would a wolf last if crated for hours, day after day?

What dogs do for us is more than amazing. No other animal and few humans would be so utterly loyal, so loving, and about all, so forgiving.

So when you come home from work and just want to “relax” look down at your dog. He is looking at you with no-conditions love. Forget the treats. Take him for a walk or a jog and let him smell the scenery. It is like you reading the paper or watching TV, meeting friends at church or going out for a drink. His life revolves around you, but he still wants to know what other dogs are doing.

I reckon he still has a little wolf left in his psyche. Personally, I believe God made the dog, but okay, maybe He used a little snippet of wolf.

Pictured Below: I feed raw chicken legs or wings at least once a week. Raw chicken bones are soft and the marrow is extremely nutritious. 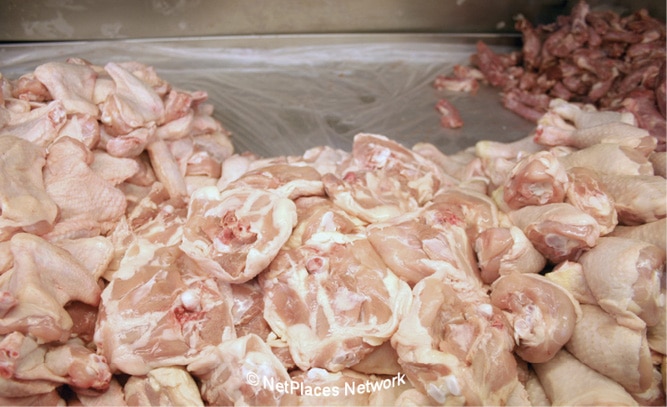 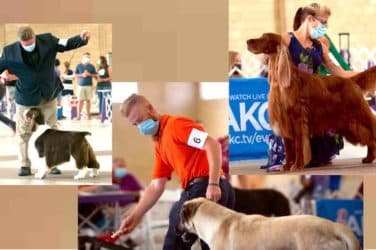 From the monthly column “On The Line” by BJ Andrews.  ShowSight Magazine, September 2018 ...

The Power of Sound 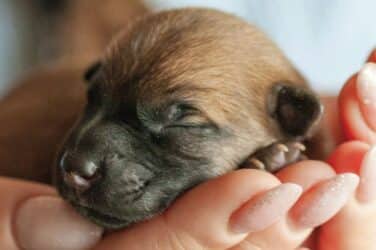 Calcium and Food for Pregnant Dogs - The appropriate calcium-phosphorus balance during pregnancy and ...