For all those romantic souls out there, here is a story about a Salt Lake City couple whose love story began at Westminster Dog Show in 2006.

Mutual friends, Cindy and Robin Stansell, introduced me to Gayle and Dick Denman in the spring of 2016 at our Carolina Dog Judges Study Group Seminars. We had a super turnout that week. Gayle was attending and presenting while Dick visited with old friends and made new ones, including me. The three of us formed a fast friendship during our week together. I recently judged a Collie specialty in beautiful Salt Lake City and one evening, Dick and Gayle took me out to dinner at their lovely Hidden Valley Country Club where I learned more about their story.

As Dick tells it, their story began on February 12, 2006 at the Westminster Dog Show. Before they were dating, Dick and Gayle, along with several friends, met up in New York City to spend the week together. Unlike Gayle, Dick was not known to attend Westminster on an annual basis. But that year, Dick was interested in going because a mutual friend, Rick Gschwender, was judging the Herding Group. On the other hand, it was tradition for Gayle to meet up annually with close friends, Jon and Susan Cole. Gayle has many fond memories of Westminster dog shows and one secret that she’d like to share is that she was the one who taught Asa Mays how to dance the “Chicken Dance” at Sammy’s years ago.

The week began with a night out to the theatre to see A Woman in White. Joining in the fun were friends, Karen and Brad Child and Joyce and George Vaughn. It was at the play sitting next to Gayle that Dick felt that special spark! The next evening, Dick invited Gayle to be his date at the Canine Health Foundation cocktail party. Later that evening, one of the worst snow storms hit New York City. Gayle said that it was literally snowing sideways. They were going to go to Sammy’s with friends for dinner, but that plan was cancelled due to the storm. Instead, Dick and Gayle spent the evening with friends watching the winter Olympics. Afterwards, Gayle made the first move and kissed Dick good night! When they returned to Salt Lake City they became inseparable. Six months from their first kiss they were married!

Both Dick and Gayle have years of experience in dog shows, both breeding and exhibiting and later, Gayle judging. Dick first showed German Shepherds in 1953 and belonged to the Colorado Kennel Club. He went on to show Maltese from Dr. Vincenzo, Calvaresi’s Villa Malta Maltese, and belonged to the Old Dominion KC. After returning to Salt Lake City, Dick showed Standard Poodles from Ms. Jean Lyle, Wycliffe Kennels. In the 80’s Gayle was introduced to bull terriers and dog shows. She quickly embraced both. After over 20 years of co-owning, breeding and showing bull terriers, she fell in love with a beautiful miniature bull terrier while judging a 2004 specialty in Australia. Years later, Gayle and Dick were gifted with a repeat breeding (Stardom G Day Gandalf) from friends, John and Bernadette Schofield. Due to the success of Gayle and Dick’s miniature bull terrier, CH Gandalf’s Abigail Adams, and the successful show career that Sallie Cummings, Doug and Kathy Toomey had in showing a littermate, GCH Evolutions Runs with Scissors, Gayle & Dick’s, GCH Evolution’s Woop Woop at Gandalf was recognized in the top 5 brood bitches of the year. They currently live with two Miniature Bull Terriers, GCH Evolution’s Woop Woop at Gandalf (Bindi) and CH Gandalf’s Abigail Adams (Abi). Now retired, Gayle has the time to concentrate on pursuing one of her many passions, judging dogs. Gayle began judging in the late 90’s and currently judges the Non-Sporting group and is working on the Terrier Group.

Dick and Gayle like to travel and since their wedding have not been wasting any time. They both believe that the dog shows provide wonderful opportunities to travel. Whether judging or just wanting to go, they have been to Crufts Dog Show where they purchased a beautiful Ceasar Rabbitt bronze Bull Terrier bust. They have also traveled to the English Bull Terrier Trophy Show in Coventry, England. Dick chuckles about the contradiction between the “no chalking” signs posted at The Bull Terrier Trophy Show and the exhibitors in the “car park” wearing head to toe protective overalls while chalking the bull terriers! Gayle’s judged in Australia a few times and on one trip they had a wonderful time with their late friend, Dr. David Harris, author and well respected Bull Terrier breeder judge. They traveled onto NWS, Australia where Gayle judges a Boston specialty. In Salisbury, they were awestruck by the beauty at the Poodle Club of America. The Salisbury location enabled a side trip to Washington DC. Just outside of Boston, Gayle and Dick especially enjoyed her assignment at the Ladies’ Dog Club where they go to know Kathi Brown better. Afterwards they toured Boston. Gayle particularly enjoyed the ferry rides in the Harbor. Dick loves it when Gayle judges in Indo, California and Phoenix, Arizona in January and February! This past year they rented houses, packed up the dogs and stayed the month of January in Palm Springs and February in Scottsdale. Gayle missed out on the awesome Utah skiing and show shoeing last year, but she said they were never lonely because they had several house guests making the two months fly by.

They like to travel and even if it’s not related to a dog show weekend, they still get the bug to go to new places. They went on a golfing cruise from Rome through Florence, Monte Carlo, Barcelona, Cartagena, Lisbon that ended in Dover, England. They were delighted to have met the late Ken Venturi, a professional golfer and commentator, on-board as the celebrity guest. They also cruised from New York City through the Panama Channel ending in Los Angeles. They have also cruised from Seward, Alaska to Vancouver, BC. This cruise was on Gayle’s bucket list and they loved every minute of this trip. A Westminster College sponsored trip to London and Paris resulted in a shopping spree at Harrods where Dick bought Gayle Kentucky Derby Hats. Gayle explained that she went back to Westminster College for her Masters when she was over 50 years old and jokes that she was older than all of her professors! As Dick tells it, after having bought the hats at Harrods, they absolutely had to go to the Kentucky Derby. They went to the Derby the very next year, the year Blue Bell won the Kentucky Oaks and Big Brown won the Derby. Because Gayle’s family was from Ireland they were delighted to have been invited by her sister to go on a hiking tour there. The visited Dublin and Hiked in the marvelous country side including a trip to Skelling Michael and Ring of Kerry. Locally, they live within hours of several western US National Parks. They recently visited Bryce Canyons and Zions National parks ager the plays at the Shakespeare Festival in Cedar City, Utah.

Well you already know that one of Gayle and Dick’s hobbies include conformation but you may not have known about barn hunt competitions. Dick says that their youngest Miniature Bull Terrier, Abi, is fun to watch as she literally smashes her way through the haystacks looking for the rats. She is currently in the senior competition.

Their non-doggy related hobbies include golfing. They especially enjoy the 9 and Dine events at their Hidden Valley Country Club. When in town, Gayle plays on the Tuesday ladies league and, in the winter, substitutes for the Hidden Valley Country Club bowling league. Gayle enjoyed volunteering at the LPGA US Open and for numerous Hidden Valley Country Club golf tournaments. She’s also very active with a local active seniors group, the Salt Lake City Newcomers’ Club affectionately referred to as the Oldies but Goodies Group. She found this social group when all of her ski buddies quit snow skiing. In the winter, the group skis at Alta Ski Resort on Thursdays and show shoes in the mountains on Fridays. In the warmer weather, she hikes with the group on Fridays. Through her friendships, she’s started playing Pickle ball, a game she describes as very fast, social and lots of fun. One of the group’s get together is that both of them enjoy are the monthly wine parties where the group gathers at various homes for wine and hors d’oeuvres. They are also members of the Third Saturday Night Dance Club that meets at the beautiful Salt Lake City Country Club. Tuxedos are a must for the men. It’s not that they are accomplished in dance, it’s just that they so enjoy this evening with friends. Dick is on the Board of Trustees for the Nature Conservancy and has been very supportive of the local conservation efforts in Utah. Together, they are very much involved in the Great Salt Lake Shorelands Preserve.

The Denmans continue to be dedicated to giving back to the sport that brought them together and provided them with so many wonderful friends and memories. They are members of the Bull Terrier Club of America, Miniature Bull Terrier Club of America, Golden State Bull Terrier Club, Santa Barbara Kennel Club, two all-breed clubs in Salt Lake City, Group IV Terrier Club of SLC and have recently formed a new club, Great Basin Non- Sporting Club of Utah. They are supporters of AKC’s Canine Health Foundation. Dick and Gayle call each other “lucky ducks” to have found love in their lives once again. The Denmans, always together, can be found ring side. And it’s easy to see – theirs is a LOVE STORY! 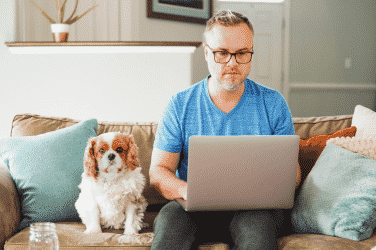 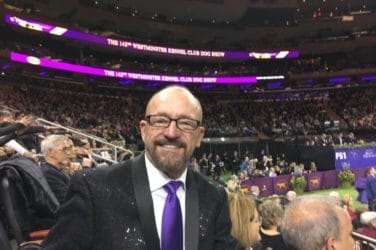 Our March 2020 Issue pays tribute to the memory of our co-founder and longtime ...