Using a unique photo of her three dogs plus creative wordsmithing (see embedded photo), Whitfield conveyed the objective of the competition and pocketed the grand prize of $500 awarded following the Thanksgiving Day NBC broadcast of “The National Dog Show Presented by Purina.” 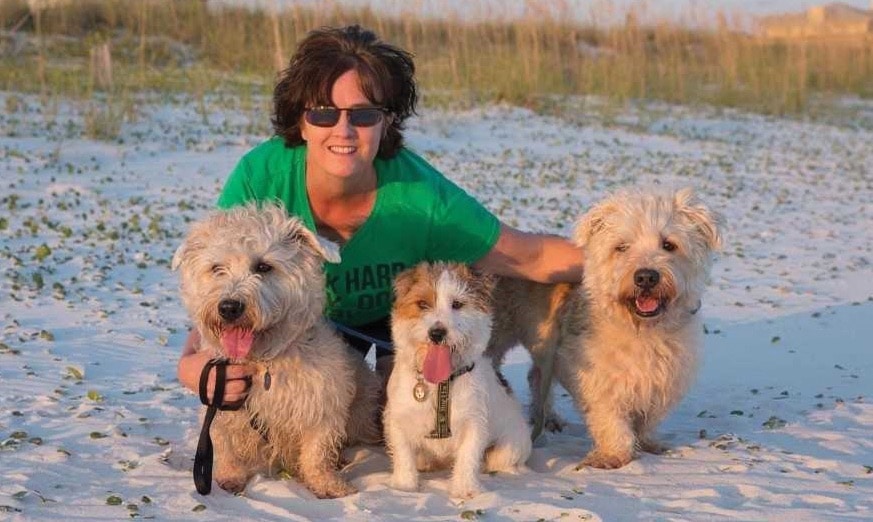 “I am so excited we won,” said Whitfield, whose dogs all have earned American Kennel Club (AKC) Trick Dog recognition. “There were so many great entries, so I am really surprised!”

Since the two-hour special of “The National Dog Show Presented by Purina” airs from noon-2 p.m. in all time zones across the United States, the meme contest theme is, “On Thanksgiving Day, it’s dogs until 2.” This theme encouraged people to watch the dog show until its Best In Show conclusion just before 2 p.m.

The NBC special annually attracts a massive audience as America’s most prominent showcase for the wonderfulness of dogs. This year, the Thanksgiving Day broadcast achieved its fourth highest Nielsen rating ever with a 5.3 and delivered 24.9 million total viewers when combined with the primetime Saturday re-broadcast two days later.

“We tripled the number of entries in our second year,” said National Dog Show Presented by Purina expert analyst, David Frei, who judged the contest along with National Dog Show host John O'Hurley, Pet Life Radio CEO Mark Winter and Pet Life Radio Show hosts Michelle Fern and Arden Moore. “The annual contest is getting real traction with dog lovers across the country. Next year, we will be looking for ‘Dogs Until 2’ hats and window stickers!”

“At Pet Life Radio we are all about people, pets and creativity,” said Winter, who also serves as Pet Life Radio’s executive producer. “We congratulate Kelli Whitfield for being inventive and resourceful with her three pups. The cuteness is just off the charts!”

“Dogs Until 2” memes have been used in past years before the broadcast, which competes with football on television in the early part of the afternoon. The objective is to galvanize dog lovers to get everyone in their homes to watch the canine competition until the winning dog is selected just before 2 p.m., since football traditionally dominates the rest of the afternoon and evening on Thanksgiving Day.

At what age do you determine a show prospect vs. companion?

Each month we ask a question of our readers.  The following is a selection ... 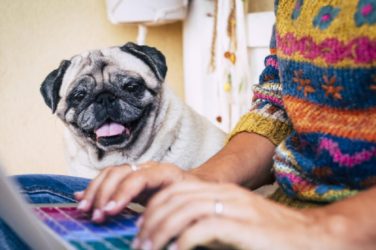