‘See Spot Skype’ Dog Names Are a Reflection of the Times. From ShowSight Magazine, October 2017 Issue,

Fanciers of a certain age may remember learning to read with help from a Parti-Color Cocker Spaniel named “Spot.” In “Fun with Dick and Jane,” a series of children’s books created by William S. Gray and Zerna Sharp, a tail-wagging purebred helped teach millions of American children the basics of grammar through phrases such as “See Spot Run.” The Spaniel’s carefree days, spent in the company of a pair of human siblings, documents a generation whose children no longer needed to work on farms or in factories. Mid-century American kids were allowed a childhood, complete with an education and a faithful friend named Spot or Bandit or Duchess. Before the 1940’s, kids and dogs were expected to earn their keep, and both were given names with a certain degree of seriousness. By contrast, today’s kids are dependent on technology to learn and they’re often given the very same names that “pet parents” bestow on their own “kids.” If names are a reflection of the times, then today’s Colin and Chloe might well pick up an e-reader at school to read, “See Spot Skype.”

Pet Names with a Pedigree
The very first name recorded in Volume I of the American Kennel Club (AKC) Stud Book is that of English Setter “Adonis.” Owned by Mr. George Delano of New Bedford, Massachusetts, the black, tan and white birddog is listed as having been sired by “Leicester” out of “Doll,” a bitch imported in whelp. Each of these names is typical of the monikers given to dogs during the period when canine competitions were in their infancy. A Greek god, a place name and a child’s toy were acceptable sobriquets for dogs considered worthy of the title champion. So too were words that evoked a positive — even sensational — performance. In 1876, the members of the Westminster Kennel Club arranged for the importation of a lemon-and-white Pointer named “Don.” (Although a nickname for Donald, Don is also an honorific title in both Spanish and Italian used traditionally to address members of the nobility.) The English dog was thought to have grand style and, befitting his quality, was renamed “Sensation” in the U.S.

Another early English Setter import, a blue belton dog by the name “Druid,” came to this country in 1877. Mr. Arnold Burgess of Hillsdale, Michigan — considered the “Father of the Stud Book” — brought the three-year-old to America. Though not especially successful on the bench or in the field, Druid was nevertheless a prolific sire. His sons “Gilderoy” and “White Cloud” and daughters “Lavalette” and “Countess Druid” were well-known among the shooting fraternity of the day. Their dramatic names were typical for dogs expected to compete and win. However, common girl’s names were not at all uncommon at the time. (Some of Druid’s best-known daughters were named Lizzie, Lee and Peg.) In Burges’ first volume of the Stud Book, the names of 55 English Setters are inscribed. Also included are 50 Gordon Setters, 71 Irish Setters, 64 native (generally English) Setters, 44 crossbred Setters, 34 Pointers and nine Spaniels (Clumbers, Cockers and Irish Water.) The first rat-tailed Spaniel registered in the U.S. was named “Bob,” a name that anticipated the trend to bestow American dogs with boy’s nicknames.

As interest in the breeding and exhibition of purebred dogs grew and additional breeds were added in the Stud Book, registered names evolved to include kennel names and titles earned. Early Westminster winners include Ch. Strathtay Prince Albert (Bulldog, 1913), Ch. Haymarket Faultless (White Bull Terrier, 1918), and Ch. Barberry Bootlegger (Sealyham Terrier, 1924). Ch. Slumber (Old English Sheepdog, 1914) is the show’s only winner with a single word moniker. Kennel suffixes were widespread too, especially among imports. The list of Westminster’s imported winners includes three Wire Fox Terriers owned by Halleston Kennels: Ch. Signal Circuit of Halleston (1926); Ch. Flornell Spicy Bit of Halleston (1934); and Ch. Flornell Spicy Piece of Halleston (1937). Although Terriers would come to dominate America’s most prestigious dog show, Sporting breeds frequently rose to the top at Madison Square Garden. Occasionally, the selection came about through debate. In 1921, a Parti-Colored Cocker Spaniel named Ch. Midkiff Seductive was selected Best in Show after two judges could not agree on a winner and a third adjudicator was called in to make the final decision.

Cocker Spaniel Sobriquets
Cockers Spaniels were on everyone’s radar ever since the arrival of Ch. Obo II in 1882. As reported in an article published in the October 1884 issue of the American Kennel Register, the solid black dog was a stand-out right from the start. “About a year ago, it was rumored among the Spaniel men that there was a clinking young dog up in New Hampshire, owned by a person named Willey, who had lately taken to the fancy,” the magazine reported. The fancy quickly embraced the smallest of the Sporting breeds with a fervor generally reserved for entertainers and politicians. To support growing interest in the “cocking” Spaniel, the American Spaniel Club (ASC) was formed in 1881, a move that predates the founding of the AKC by three years. “The very first Cocker registered was a liver and white named ‘Captain,’” according to the ASC website. The first Black and Tan registered was named “Jockey,” with the first Black Cocker registered as “Brush II.” These were simple names for simpler times.

Two decades after the Midkiff bitch went Best in Show at the Garden, a Black Cocker came along that ushered in a genuine hysteria for the breed. In 1940 and ’41, every major newspaper and magazine in circulation covered Ch. My Own Brucie’s back-to-back Westminster wins. Millions of American families soon wanted a dog just like him and many got their wish as breeders — both reputable and unscrupulous — supplied puppies to a nation that was falling in love with purebred dogs. Throughout the 1940s and ‘50s, the Cocker Spaniel was the most popular breed registered in America and its meteoric rise did not go unnoticed by Hollywood. In 1955, Walt Disney Studios released the animated film, Lady and the Tramp, a romantic tale about a pampered Cocker and her stray mongrel suitor. The film’s reception provided the studio with its highest grossing release since Snow White and gave purebred dogs an unprecedented boost. In the film, the protagonists’ pals include Scottish Terrier “Jock,” Bloodhound “Trusty,” Pekingese “Peg” and a Bulldog named, appropriately enough, “Bull.” (Even a pair of Siamese cats named “Si” and “Am” make an appearance on behalf of pedigreed felines.)

The year before Disney’s dog-centric blockbuster was released, another Cocker Spaniel dominated the competition at Westminster. ASCOB Cocker Ch. Carmor’s Rise and Shine’s registered name suggests a kind of American optimism that values getting up early to walk the family dog. Throughout the second half of the 20th century, the popularity of Cockers (and Collies and Cairns) steadily grew. And just as registrations increased, so too did the amount of time Americans spent watching television. Consequently, more and more dogs were given names of TV personalities, both real and animated. One of the biggest winning Cockers Spaniels of the 1990’s was Ch. La Shay’s Bart Simpson, a Black Cocker named for a spirited preteen cartoon character with a penchant for causing trouble. With more than 100 Best in Show awards to his credit, Bart Simpson’s canine counterpart caused more of a sensation. He handily won the Sporting Group at Westminster in 1995. Sixteen years later, the win was repeated by another Black Cocker, Ch. Casablanca’s Thrilling Seduction. “Beckham’s” namesake, however, was no cartoon. He was a real-life footballer with a celebrity salary. As the 21st century dawned, the cult of personality had taken hold and its influence began to be expressed in the names given to dogs and children alike.
Fur Babies and Fashion Models
A visit to the magazine stand of any book seller today provides ample proof that the role of the dog in society has changed. Periodicals intended for sale to a dog-loving public are no longer presented as the voice of authority. Instead, many of today’s “lifestyle” magazines carry cover lines modeled after the fashion rags. Where once a photo of a recognizable purebred could be found, a beguiling mixed breed with a forlorn expression now begs to be “rescued.” Articles that used to offer dependable advice on animal care have been replaced with features touting the benefits of “baby talk.” To a growing number of media consumers, a dog is no longer just a family member with a clever name. To many of our friends and neighbors a dog is the family, and only the most extraordinary call name will do.

Many of the names given to dogs today reflect a seismic shift in the role that canine companions play in our society. Both empty nesters and millennials are choosing the same names for dogs that parents are choosing for newborns. “Mason,” “Logan” and “Aiden” have become as common for puppies as they are for babies. From a “dog mom’s” point of view, little “Lexi” is entitled to the same rights and privileges as any child. However, an argument could be made that it is not as children that a growing number of people prefer to view their dogs. Instead, many four-legged “fur babies” are treated like grandchildren. Whereas parents are responsible to teach their children basic manners, good hygiene, and the ability to discern what is right from wrong, grandparents are free to spoil their grandbabies ad nauseam. Grandchildren get to stay up late and are always told how wonderful they are. Grandchildren are perfect and can do no wrong, just like your co-worker’s “rescue.”

Although treating a dog like a child (or grandchild) is nothing new — it’s the very reason for Toy breeds, after all — it has become the raison d’être for many people in search of the perfect pooch, no matter the breed or its mix. However, not every dog wants (or needs) to be spoiled rotten or given an unusual name. In fact, most dogs would rather put in a hard day’s work than be pampered from morning ‘til night and called “Arkyn.” Spoil a Spaniel all you want, it will still prefer to wallow in mud puddles and flush visiting songbirds from the bird bath. No amount of mollycoddling will change its hard-wiring, although it will still happily answer to any name it’s given. Queenie, Myckenzie and Kerfluffle are perfectly acceptable dog names — and so is Spot.

Where are we going? Combatting low dog show entries. 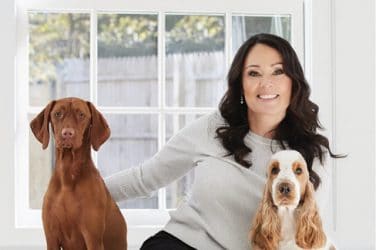 Know A Canine Hero? Nominate them for an AKC Humane Fund Award For Canine Excellence!