New York, NY –The American Kennel Club Board of Directors announced that at its July Board Meeting, it unanimously elected Dr. Thomas Davies to serve on the AKC Board effective immediately.  Davies will fill the seat left vacant following the resignation of Harvey Wooding on Friday, July 5, 2019 (Class of 2021).

Dr. Thomas M. Davies, of Brimfield, Massachusetts, became heavily involved in the world of purebred dogs after his college graduation. He served on AKC’s Board of Directors for 16 years and was Vice Chairman from 2009 -2012 and again from 2017- March 2019. He has served on numerous AKC related boards and committees, including the Chairman’s Committee on the Judging Approval Process, Public Relations Committee, the Events and Clubs Committee and the Breeders Committee.

He and his wife, Roberta, have bred and finished numerous champions in many of their breeds. Dr. Davies judges Best in Show, Junior Showmanship, the Herding Group and 11 Working breeds. He has served as president and show chairman of the Springfield Kennel Club and has been the club’s AKC Delegate for 45 years. He is the longtime show chair for the Springfield Kennel Club and previously for the country’s first working group club, the Connecticut River Working Group Association, for which he is vice-president. Dr. Davies is retired after more than 30 years in various areas of scientific research, and product and market development. 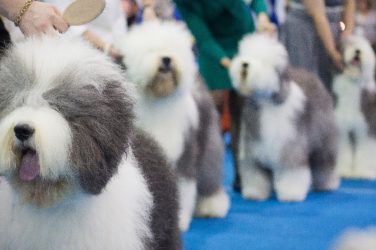 Are you missing the fun and competition of dog shows? Maybe you always wanted ...