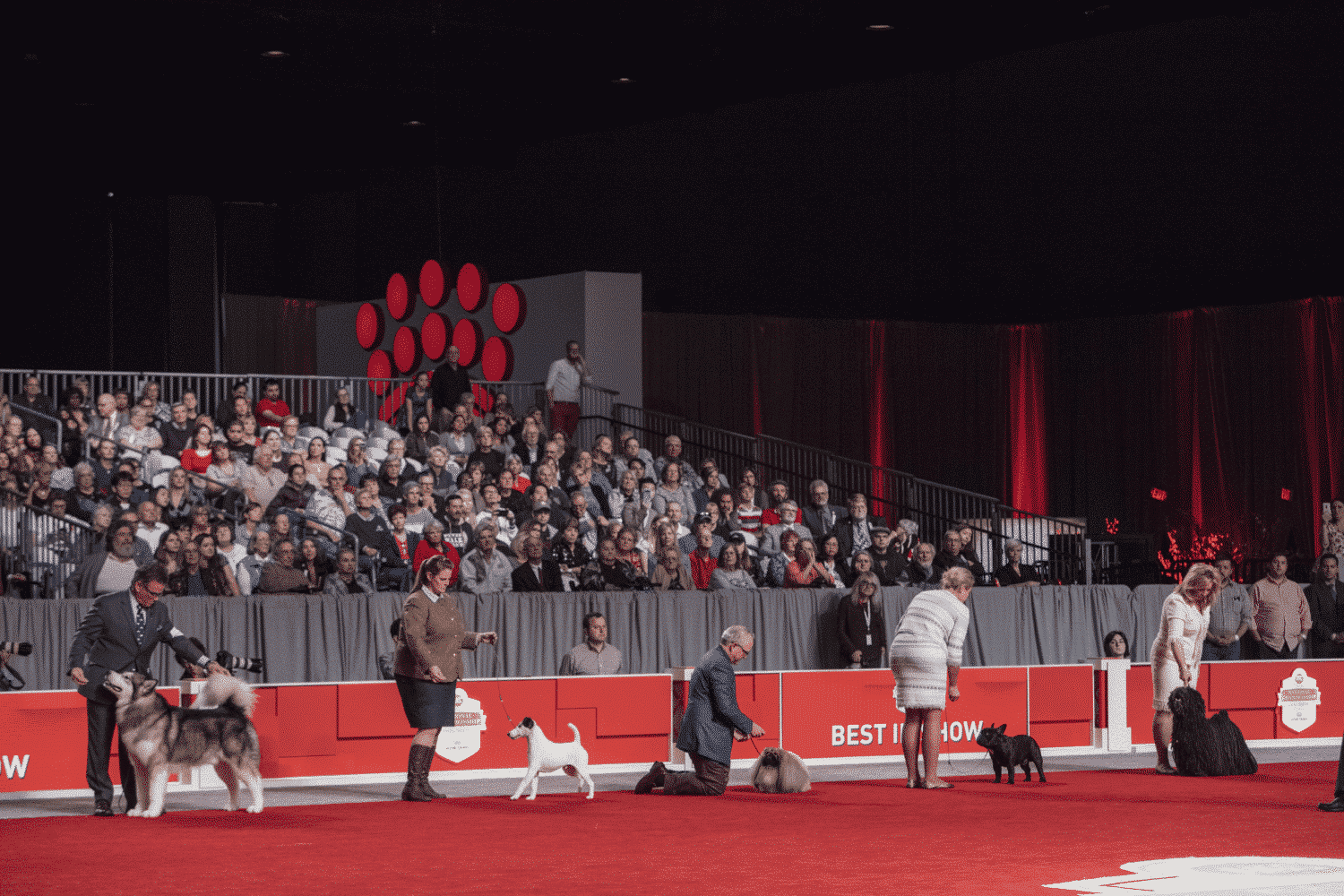 The American Kennel Club® (AKC®) is pleased to recognize breeding programs from the Sporting, Hound, Working, Terrier, Toy, Non-Sporting, and Herding Groups as 2020 AKC Breeder of the Year Group honorees.

“We are proud to honor these esteemed breeders,” said Dennis Sprung, AKC President and CEO. “Each of them has made important contributions to the sport and their unique breeds in particular. They are committed to bettering our breeds, and dogs bearing the honorees’ kennel names are a testament to their excellent and responsible breeding programs.”

The 2020 AKC Breeder of the Year award winner will be announced during the show at the AKC National Championship presented by Royal Canin on Saturday evening, December 12, 2020, which can be watched on AKC.tv.

A canine portraitist will be commissioned to commemorate a prominent dog from the Breeder of the Year’s kennel, and their name will be added to the perpetual trophy. All Group recipients will receive a medallion in recognition of their achievements.

The group honorees are:

Whiskeytown Sporting Dogs was founded by Kristi Woods Libertore when searching for a versatile gun dog that worked both in the field & water and was an excellent family companion. As breeders, Whiskeytown has always strived to produce dogs that would excel in the ring and the field, equally. This work began with carefully chosen dogs that earned the highest level of achievement in both venues. Whiskeytown’s foundation male was the first Griffon ever to earn GCH and Master Hunter titles.

Starting in 2013, Whiskeytown has had the #1 Wirehaired Pointing Griffon every year. The kennel has won the breed at Westminster Kennel Club eight of the past nine years and won the AKC National Championship multiple times. Whiskeytown produced the top winning bitch of all time, “Morgan,” MBIS MBISS GCHG Whiskeytown Captain Morgan Cranberry Kiss JH. Whiskeytown has won multiple National and Regional Specialties and produced multiple Best in Show Winners over the years.

In 2015, Kristi was joined by Larry & Chris Delaney to take over the continued care and breeding program. “Kitt,” BIS RBIS BISS Whiskeytown Genesee On Tap MH UT, is the only Griffon to receive the AWPGA Field Dog of the Year and the AWPGA Field Dog of the Year Award. She also won Sporting Group Two at the AKC National Championship and a Group Four at Westminster. Larry is an active hunter and show ring participant who has kept up the breeding program standards. As Larry would say, “We do it for the improvement and preservation of the breed.”

Lanbur Beagles was a partnership between the recently departed Wade Burns and the current owner, Jon Woodring. Jon had his first show-bred litter of Beagles in 1972 when he was in 10th grade. Wade Burns and Jon started in Beagles in the early 80’s as well as Miniature Horses with excellent success. Their first top winning Beagle, Ch. Teloca Patches Littl’ Dickens, won 12+ BISs, BOB at the National, and is the sire of the most Champions in any breed for one year in AKC history, and he broke his own record the following year (39 AKC Champions sired in one year).

They have bred several AKC champions. Some standouts in their breeding program are Dickens, Ch. Lanbur Coupe De Ville, Ch. Lanbur The Continental, Ch. Lanbur Carson City (co-owned with Eddie Dziuk] and Ch. Windkist A Walk In The Park, (co-owned by Leah Bertagnolli). During the last four decades, Mr. Burns and Mr. Woodring have been Beagle “Breeders of the Year” more than 25 times, had “Beagle Stud of the Year” 30 times, and won Best Stud Dog in Show ten years in a row at the Beagle National. They have also owned the top Beagle Dam of all time.

Mr. Woodring and Mr. Burns have owned or bred many BIS winners, including of the very well-known and well-liked Ch. Lanbur Miss Fleetwood, co-owned with Jeffrey Slatkin and Eddie Dziuk, who continues to hold the 13” record, is #4 on the overall Beagle BIS record list, was #1 Hound in 1993, and holds the record for National Beagle Club wins. Mr. Woodring co-owned and campaigned the Westminster Kennel Club BIS winner “Uno” in 2008. He also co-owned the sire of Uno, BIS GCH Windkist A Walk In The Park (co owned with his breeder Leah Bertagnolli).

Mr. Woodring has judged matches and sweepstakes and taught the conformation class for the Forsyth Kennel Club for over 10 years. He says, “In breeding, we have selected dogs for type and movement as well as dogs who are easy to live with and that are outgoing and enjoy showing. The dogs we exhibit now are the product of the constant planning, selection process and training we have done and show our commitment to help elevate the breed in general.”

Established in 1967, Rojon became a premier bloodline, producing fawn and brindle Great Danes of distinction. There have been more than 160 Rojon Great Dane AKC champions to date, many achieving successful show careers and winning top awards at specialties and all-breed dog shows throughout the United States. Rojon Great Danes have had numerous wins at Great Dane Club of America National Specialties, including Best in Futurity three times. In addition, many have been honored for notable contributions and achievements in the GDCA Hall of Fame.

Rojon Great Danes have also made significant contributions to the programs of breeders across the country and abroad.

Rojon is proud to be a “traditional” and result-based breeding program, focused on “true Great Dane breed type, and a bloodline style with strong reproductive abilities.”

Mr. Cataldi says, “We remain committed to breeding Danes with strong breed-specific characteristics, physical and mental soundness, correct Dane temperament with good health and with dignified personalities; with the inherent ability to reproduce those essential qualities again and again. We are also honored by the numerous Dane fanciers who have chosen a beautiful Rojon companion to be a member of their family.”

Henry Sutliff is a third-generation Sealyham Terrier fancier. “My mother (and father) bred 40 litters of Sealyhams; I assisted in whelping over 30 of those from 1964 until 1993,” he says. “My grandparents owned Sealys from 1938 and assisted with many litters. I whelped two litters for my mother by myself in 1967 and 1993.” Mr. Sutliff and his mother were together responsible for 38 AKC and international titled Sealyhams, including six Westminster Best of Breed winners and five National Specialty winners.

Mr. Sutliff bred his first litter in 1982. Among the notable dogs of his breeding are Ch. Sutliff’s Ventana, who completed her championship with five majors, the first two owner-handled, and Int. Ch. Sutliff’s Yuma (16 titles, World Winner – Leipzig 2017, FCI Group winner in Strasbourg, France; KFT Klubsieger 2011-13-15-16-17 [a record], Res CC Crufts 2018, and the sire of three champions to date).

Int. Ch. Sutliff’s Algonquin is the winner of over 30 titles, including World Winner, and Euro Winner 2013, and twice Res CC at Crufts. He was Group One at Germany’s largest dog show and a multiple BIS winner, including Leipzig FCI BIS-Junior All-Breeds). Algonquin sired 24 champions (8 of whom have won a BIS award), with other children in the process of titles. Together with his children and grandchildren, and now great-grandchildren, they have accumulated over 225 titles to date. Eight of his children were #1 Sealyham in the following countries: Netherlands, Spain, Norway, Sweden, Denmark, Finland, Hungary, Slovenia, Serbia, Germany, Kazakhstan, Kyrgyzstan, and the
United Kingdom.

Daryl Martin was born into the world of show dogs. Under the tutelage of her late mother, Rena Martin, a renowned professional handler and breeder of Maltese, she quickly became very proficient in the world of breeding and showing dogs. She started showing dogs at six years old.

Ms. Martin says, “I cannot go without mentioning two very powerful dogs in my breeding program that I had the honor of showing/owning; BIS Ch. Sazerac Eye Opener ROMX and BIS BISS Ch. Joanne-chen’s Mino Maya Dancer. Many breeders of today’s top dogs go directly to my dogs, if you check their pedigrees many generations back.”

Ms. Martin also belongs to the American Shih Tzu Club, is a founding member of the Park Shore Kennel Club, a current member and officer of the Little Fort Kennel Club of Waukegan, and a member of Morris and Essex.

Ms. Martin says, “Besides showing Maltese and competition, there is nothing more satisfying than your pet homes loving
your dogs.”

Unique Standard Poodles began in 1980 with the combined effort and passion of Joan McFadden and Gail Wolaniuk. They both have been longtime members of the AKC Breeder of Merit program. Joan has been a member of the Poodle Club of America (PCA) for over 20 years, holding various positions and Board Membership. She was presented The Good Sportsman’s Award at the National in 2018. She has also been past President and Board Member of her local all-breed club, the Delaware County
Kennel Club.

Gail is a second-generation dog show enthusiast. Her parents successfully exhibited and bred Toy Poodles. Her father, Frank, was a professional handler and then an AKC judge. Gail also has been a member of PCA for 20 years and a member and past Board member of the Delaware County Kennel Club.

In the past 40 years, they have established a strong family of healthy, happy, white standard Poodles. Some of their accomplishments include 115 champions. Among the many top winners and top producers are six Best in Show dogs and seven Best in Specialty dogs, collectively winning 34 Bests. Unique Poodles are represented every year at the Westminster Kennel Club show, resulting in a Best of Variety and Group Second in 2001 with Ch. Unique Reach For The Rainbow, along with 11 other Best of Opposite or Award of Merit wins. Unique has also been represented every year at PCA National and Regional shows, resulting in seven Winners Dogs or Bitches, 10 Select or Award of Merit , three Best Bred-By-Exhibitor in Show, and one National Best of Variety.

Gail and Joan are equally proud of the many Performance titled dogs that have come from the Unique line. Over 49 Agility and Obedience titles were achieved by both Joan and Gail, and by many other Unique owners. Community services with nursing homes, reading programs and therapy work are also among
their accomplishments.

Mr. Mathiesen has bred Pembroke Welsh Corgis since 1964 under the Nebriowa prefix. He has bred over 120 AKC champions as well as many AKC title holders in all areas of performance. Nebriowa corgis have won top awards at many specialties, including a Best of Breed and four Best of Opposites at the Pembroke Welsh Corgi Club of America, and many Group and Best in Show wins. Mr. Mathiesen has bred and/or owned Register of Merit sires and dams and Register of Merit excellent sires and dams, including a top-ten sire and dam.

Mr. Mathiesen has been licensed to judge Pembroke and Cardigan Welsh Corgis for over 30 years and has judged at championship level at most of the US Pembroke specialties, including the PWCCA National three times. He has judged in many other countries, including England (three times), Australia (three times), South Africa, Japan, Canada, as well as most of the Scandinavian countries. He has judged both breeds at the Westminster Kennel Club, and he judged Pembrokes at Crufts.

Learn more about the award and past honorees at www.akc.org/about/awards-and-honors/breeder-of-the-year/.

Sponsorship to include new content series: “The Road to The National Championship”   New ... 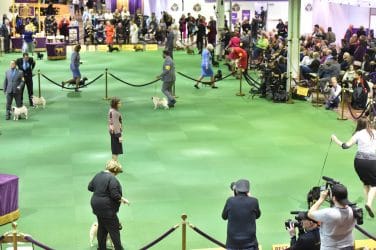 The Westminster Kennel Club welcomes 206 breeds and varieties among 2,500 entries from 50 ... 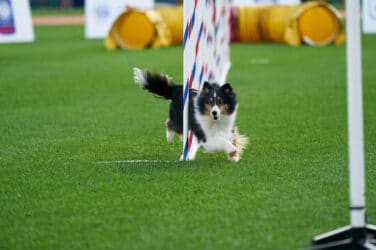