Judith S. Felton was the new editor of the Atlanta Kennel Club's newsletter, THE NEWS HOUND, in July of 1962. I had just graduated from High School.  The club roster of officers was quite impressive.  See how many of these popular personalities in our sport you remember.

Judy was married to Herman Felton and the each of them became extremely popular judges.  Herman also later served as President of the club.  Dobermans ruled the Feltons' home and a large bronze statue of the breed graced their grounds.

Florence H. Dendy, an attorney was the new President.  Florence was a well-known breeder of Dobermans, Italian Greyhounds and Min-Pins.  We used to enjoy wonderful matches and fabulous picnics at the Dendy home.

My father, Roy Ayers, the Past President was the new Vice President and Show Chairman.  Our family had become active in the club in 1950.  Daddy always said he held every office except treasurer, always making a joke about it.  He went on to become an All-Rounder.  Even though he judged all Breeds all over the globe, his heart belonged to our original Conrad Collies.

Mrs. Jessie Robinson, a former Director was elected 2nd Vice President.  Her Kerry Blue Terriers were top winners of the day.  She suffered a terrible injury to her arm when trying to separate two of them in a dog fight.  That made a lasting impression on me and my younger brother Roy.  Thus, we have always had a great respect for that breed.  Jessie became active in the club in 1948.

Mrs. Charles (Rocky) Austin served as Recording Secretary.  After joining the Atlanta Kennel Club in 1948, she later became a popular Pekingese judge.  She also served as President of the local Peke Club and was Secretary of the Combined Specialties Club.

Wyn Heaton, busied herself as Corresponding Secretary.  Poodles were her passion and her interest in showing brought her into the club in 1949.  Heaton was also a former Director.

Elmer Kight, an accountant was re-elected Treasurer, a position he had already held for 10 years.  I can still picture him holding one of his Chihuahuas in one hand.  We often joked about trading grooming responsibilities, my Collies for his tiny Toy!  He joined in 1948.

J. Wen Lundeen was the AKC Delegate.  Not only was he a former Atlanta Kennel Club President and Director, he had served on the Board of Directors for the American Kennel Club.  The Lundeens joined in 1929 and are well remembered for their Kalmar Great Dane Kennels in Stone Mountain, Georgia. He was also a judge. I will always remember the many picnics, parties and club matches they hosted at their estate.

The Board of Directors was filled with long remembered greats of the day.

Last but certainly not the least of the memorable members of the 1962 Atlanta Kennel Club Board of Directors was Charles Venable (1947), also a judge.  He and his beautiful wife Christine owned the Pekingese Ch. Chik T'Sun of Caversham, the first dog to win 100 All Breed Best in Shows, quite a phenomenal achievement of the time.  Best in Show at the Westminster Kennel Club in 1960 was the highlight of those 100 wins.  Chik T'Sun was always in my lap on Christmas Eve as it was our family tradition to spend Christmas Eve at the Venables.

After all that history, I bring you to Judith Felton's newsletter Editorial message.  Thinking her club members would be busy grooming, clipping and training their dogs they would have no time for contributing to her newsletter, "Dogs are the ones with leisure time," she said.  Thus, here's a message she included in her 1962 NEWS HOUND written from a dog's point of view and penned by a close friend of the Felton's named Jason.

Tips from a Wagging Tail

Summertime – Vacation Time – Dog Show Time: I don’t think that summer is much fun for any of us at home in the Kennel – too many flies; too much sun; and worst of all they seem to think that you like to stay out all day.

Going on a trip by car, however, is a nice change for any dog. I like to go to sleep on the back seat, but some eager pooches sit up all the way and watch the scenery. This is strictly for puppies, what good is scenery if you can’t smell it? The people who drive for me wonder what I like about it, by the motion is pleasant and I can listen to their chatter.

It doesn’t do, of course, to be too agreeable when you’re on a trip with your people –  they tend to forget you are there. One of my favorite devices is to refuse the food they take along for me. I eat that stuff at home all the time and I want something different. Usually, (and especially if this is a dog show trip) they worry about it and sooner or later they’ll bring you a steak or some hamburgers. If they forget remind them by howling a little (or if you’re the barking type, bark) and noise on your part will get you your own way pretty fast. They are scared about motel managers and people in the room next door.

If you have been bathed at home the day before its rather amusing to find some way to get dirty when they take you for a walk. This must be done carefully and with good judgement – perhaps you can find a puddle to step in or lie down in some sand. Don’t overdo it or you’ll find yourself getting another bath! Just get messy enough to keep them on their toes and fix it so that they’ll spend the evening in the room with you instead of going to a party somewhere else (parties aren’t really good for them). It takes a good while to brush out sand or wash feet. This works mostly for longhaired dogs. Shorthaired dogs really have a problem here – Wet paint is a good thing – something to roll in is good for all of us. I’d like to hear from you shorthaired dogs on this problem.

One more hint that will help on a trip. If you like to sleep on the bed (I don’t) but some of my friends do. First make sure that they don’t bring a create on the trip, or if they do, see that it is left in the car. Then, after they have gone to bed, make your first attempt. You will be pushed off. Start pacing. Go to the windows, whine at the door; Chew on a stocking or some underwear. The important thing is to keep them awake. If they aren’t very smart they’ll probably take a while to get the message. It’s fun to have one of them get up and put on a bathrobe and take you for a walk. By all means walk with them, smelling everything (you don’t need to make use of this walk, they’ll be up early). When they get you back to the room, continue the treatment. If they should lock you in the bathroom – howl, bark and scratch the door. Sooner or later they’ll invite you onto the bed. Be sure you have enough room – they tend to stretch out. We find Afghan kicking very effective – and let’s face it, a dog my size needs three quarters of a double bed. Small dogs may enjoy stretching our horizontally or snuggling into pillows.

Just remember – this trip is for you – see that you enjoy it. Happy Motoring!

Today the Atlanta Kennel Club bragging rights continue!  Following in the footsteps of Mr. J. Wen Lundeen, Dr. Asa Mays and Dr. Carmen Battaglia, Mrs. Ann Wallin is the newest member of the American Kennel Club Board of Directors!  Congratulations to the club and especially to Ann Wallin for this tremendous honor! 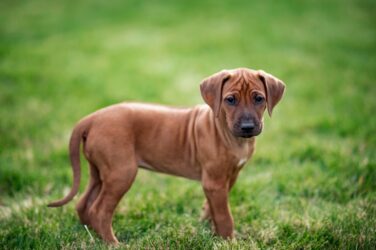 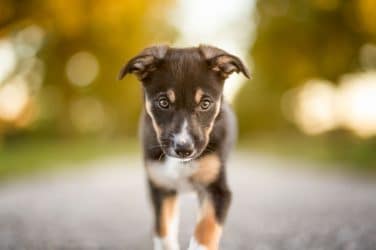 We’re scary. We are so good at what we do that anybody who thinks ... 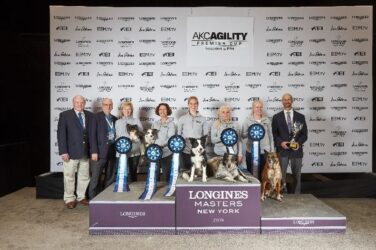 The American Kennel Club (AKC®), is pleased to announce the winners of the first ...