The Appenzeller Sennenhund is a tri-colored, medium-sized herding dog breed. It has a nearly square build and balanced appearance. He makes a good watch, guard, house, or farm dog since he is strong and agile. Because they are willing and adaptable, they do well in agility, obedience, herding, and search and rescue. The Appenzell region’s Alpine dairy farmers and cattle herders have historically utilized the Appenzeller Sennenhund to both herd animals and protect property. These days, people frequently keep them as companion dogs.

The Appenzeller Sennenhund, sometimes referred to as the Appenzeller Mountain Dog or Appenzell Cattle Dog, is one of the four breeds of the Swiss Sennen type. He is vivacious, upbeat, assured, dependable, and brave. He is a little wary of strangers which makes him a good watchdog that cannot be bribed. The intelligence of the breed makes them excellent learners. He is not suited to apartment living because of his personality and demand for activity.

There aren’t many health problems in the Appenzeller breed. Life expectancy is 13 to 15 years, but it is not uncommon for them to live much longer. 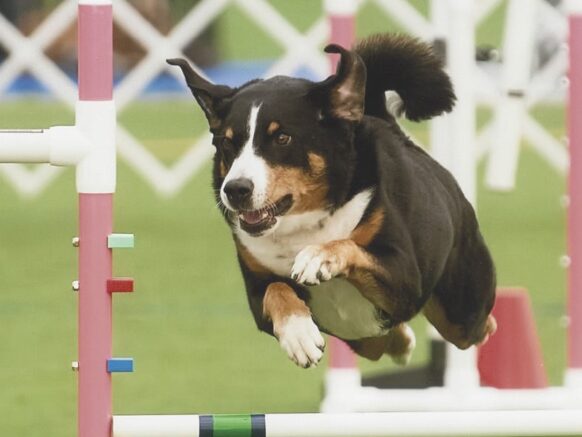 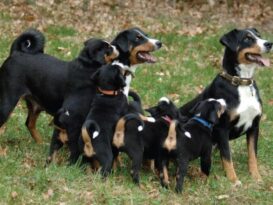