The German Spitz is constantly alert, animated, and incredibly dedicated to his owner. He is incredibly easy to train and very teachable. He makes an ideal watchdog for the house because he lacks hunting instinct and distrusts strangers.

Spitz breeds are particularly alluring due to their stunning coats, which are set off by a thick undercoat. His bushy tail draped boldly over his back and the muscular, and a mane-like collar around his neck, known as a ruff, are particularly stunning. The large German Spitz is available in brown, black, or white. Colors for the toy and medium German Spitz include white, black, brown, orange, grey-shaded, and other hues.

The large variant has an average height of 16 to 12 inches. The weight is ranging from 30 to 50 pounds.

The medium is smaller with an average height being in the range of 12 to 16 inches. The average weight is 15 to 25 pounds.

The toy variant is the smallest and has an average height of 8 to 12 inches, with the weight ranging from 10 to 11 pounds.

The majority of German Spitz dogs are generally healthy. Some occurrences of PRA (Progressive Retinal Atrophy), RD (Retinal Dysplasia), and Patella Luxation have been observed in this breed. Average life expectancy for the breed is 13 to 15 years.

The German Spitz is one of the most ancient of dog breeds and the oldest originating from Central Europe. The spitz was first mentioned in 1450 by German Count Eberhard Zu Sayn, who said the dog was a brave protector of the house and crops. A large number of early German Spitzes lived in Pomerania, a region bordering modern-day Poland and Germany on the southern shore of the Baltic Sea. 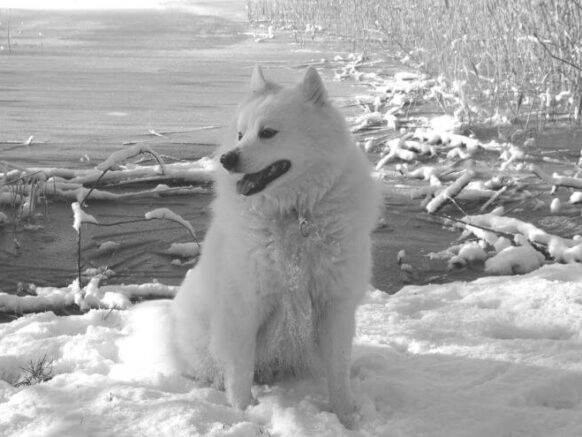 The German Spitz in the U.S.

History of the German Spitz from Early Times to the Middle Ages   The Spitz is the oldest breed of dog in Central Europe and served as the progenitor of many European breeds. Well-preserved specimens of Stone Age “Peat ... 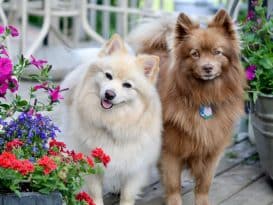