The Berger Picard, often known as the Picardy Shepherd, is a French herding dog with Picardy roots. After World War I and World War II, this breed of dogs was on the verge of extinction and is still uncommon today.

The Berger Picard is a medium-sized, well-muscled dog with a disheveled yet elegant appearance that is just slightly taller than it is wide. Their ears are large at the base, naturally upright, and high set. Although they have thick eyebrows, they do not cover their dark, open eyes. Their natural tail typically has a little curve at the tip. Their weatherproof coat is short with a thin undercoat, rough and crisp to the touch. Fawn and brindle, two colors with a variety of shade variations, are the two main coat colors.

Berger Picards are generally a healthy breed, with the life expectency being from 12 to 13 years.

The Berger Picard may be the oldest of the several pasture dogs that French shepherds created over the centuries. According to legend, the prehistoric central-European Celts who conquered Gaul brought this nomadic herder to northern France. The Picard is a breed with a long history and close ties to French herders like the Briard and Beauceron.

When the Berger Picard Club of America was accepted into the American Kennel Club in 2015, the breed got a boost in popularity. 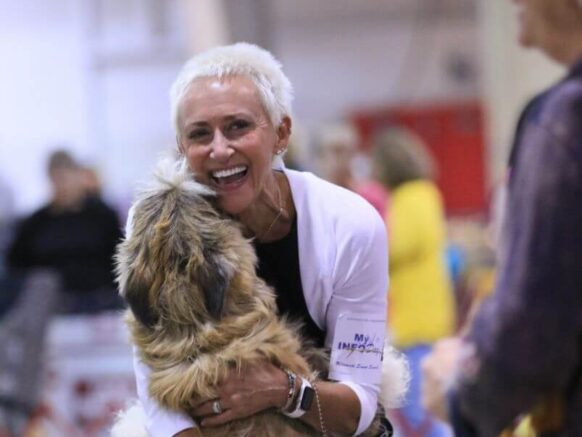 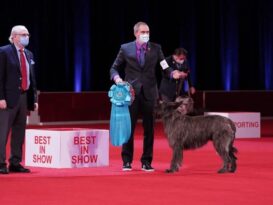 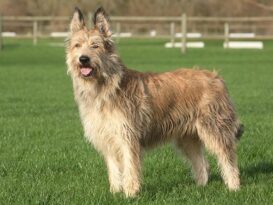 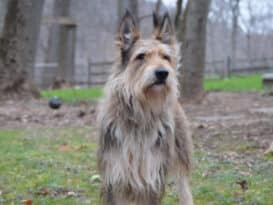