The Portuguese Podengo, also known as the Podengo Português or Portuguese Warren Hound, is hound (sight and scent) breed from Portugal. As a breed, the Podengo is divided into three size categories that are not interbred: small (Pequeno), medium (Médio) and large (Grande). Their coats are either short and ‘smooth’, or longer and ‘wired’. The smooth coated variety is traditional, whereas the wire coated variety is an outcome of the assimilation of various other breeds during the 20th century. In general, the breed is healthy; the Pequeno (small) variety has an average lifespan of approximately 15–17 years.

All Podengo types are hardy, intelligent and lively dogs, excelling at agility and making fine companions. Loyal and fearless, Podengos are also good house guards and are amenable to training by dog experienced people and those that enjoy primitive (unrefined, “less domesticated”) dog behavior.

The Medio (medium) was developed for rabbit chasing, flushing, hunting and retrieval. Its hunting style includes catlike stalking and, similar to the Ibizan Hound, it often jumps above the prey before landing on or near it to flush it out of dense brush, rock crevices or burrows. It will dig if necessary to flush prey 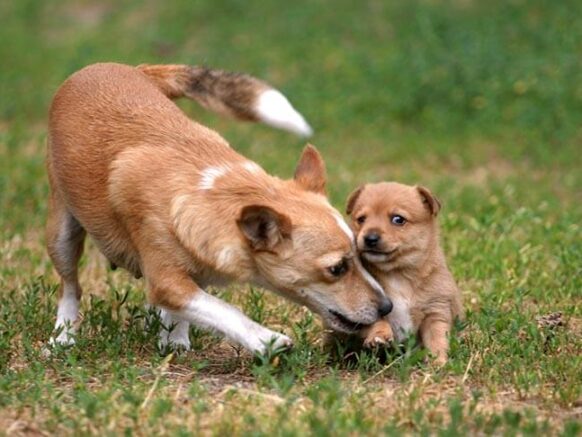 The Portuguese do not have a word for hound, so use the NAME Podengo as a specific term for the kind of primitive, prick-eared hunting dogs that were distributed around the Mediterranean basin 2,000 years ago by the Phoenicians. ... 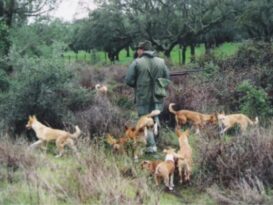 Portuguese Podengo Pequenos of America August 6, 2022
Cart
LOOKING FOR SOMETHING?