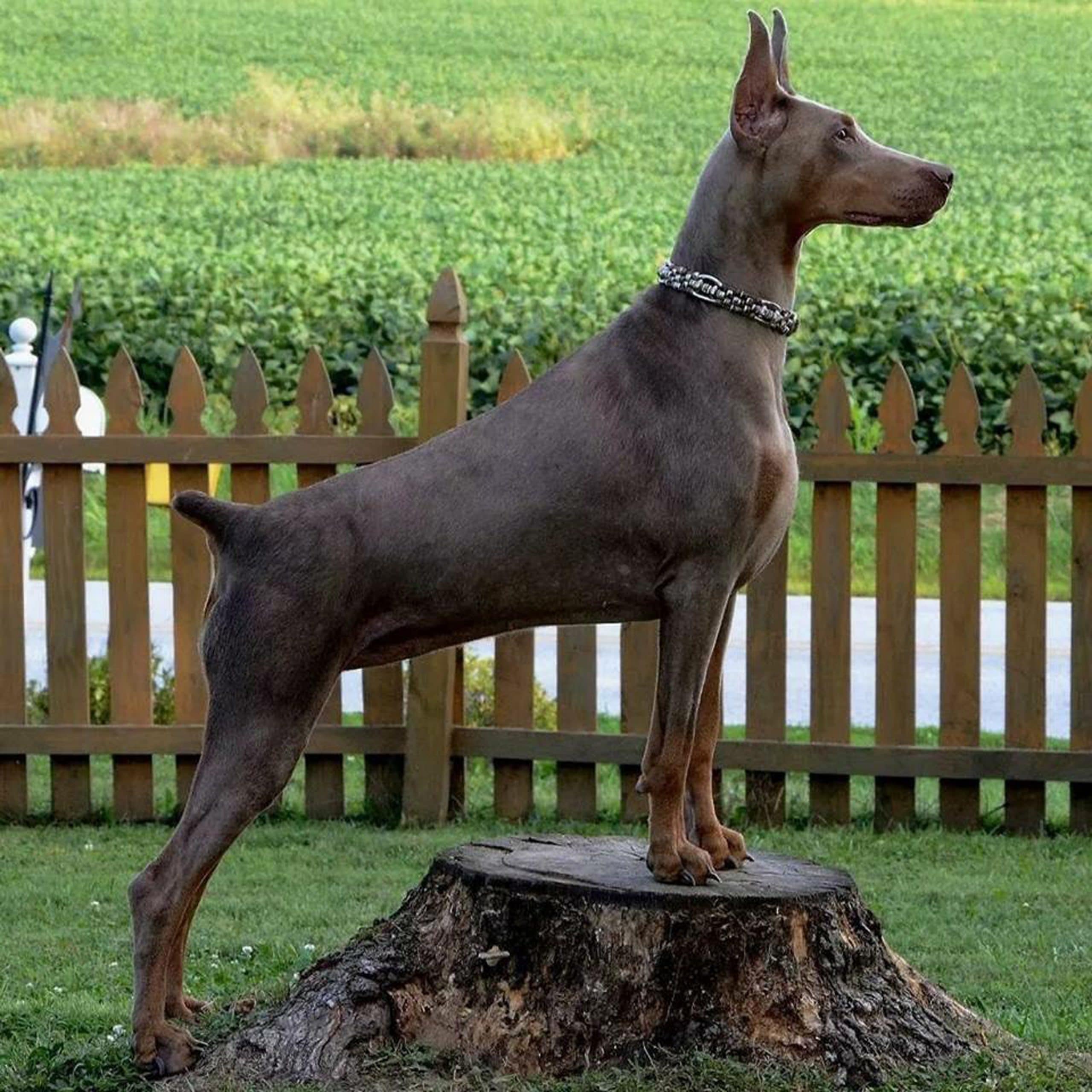 This series is a discussion about the natural tension that exists between how we view show dogs, field/working dogs and dual-purpose (show and work/field) dogs. The dog grouping last discussed was the Molossoid breeds of Mastiff type in the Working Group. This month, we will explore those questions for other functional groupings within the AKC Working Group. How does the evolved morphological form relate to past and/or current function? How and why is it that some breeds have developed different types for field/work and show? What are the actual or perceived similarities and differences between the purebred show dog and field/work dog? What have breeders done to breed dogs that can do the job for which they were intended, if it still exists, and if not, what simulations exist that are as close to the original intent as possible?

Before standards were written for the Working Group breeds we recognize today, dogs were already being used and selectively bred to perform certain work. Multiple factors impacted the development of these breeds and their continued evolution, including geography, climate and terrain, culture and customs, as well as type of work to be performed. Within this Group, we find breeds that serve as flock/livestock guardians, human/property guardians, farm dog/draft dog/watchdog, sled dogs, and other purposefully evolved dog breeds working in various jobs via snow, water, or big game hunting. In so many cases, the original purpose of the breed has been supplanted by technology and machinery, enabling man to do the dogs’ work faster and more efficiently at times. Still, there are dedicated breeders who continue to breed quality specimens that demonstrate the individual breed’s working abilities where the actual work, or a simulation, exists.

The Fédération Cynologique Internationale (FCI) has divided this grouping of dogs—all found in the AKC Working Group—mainly into two distinct groups: Spitz (FCI Group 5); and Molossian (FCI Group 2). Two of the breeds, Komondor and Kuvasz, fall into FCI Group 1 (Herding, Sheepdogs). The Portuguese Water Dog falls into FCI Group 8 (Retrievers, Flushing, Water Dogs). Neither the Chinook nor the Boerboel are classified or recognized by the FCI. Five of these breeds (Cane Corso, Doberman Pinscher, Giant Schnauzer, Rottweiler, and Boxer) are subject to working trials. For these breeds, their working ability is commonly demonstrated via IPO/Schutzhund. Internationale Prüfungs-Ordnung (IPO) is the FCI name for sport Schutzhund titles. Within the Working Group, the Black Russian Terrier, not named in FCI as subject to working trials, also participates in IPO/Schutzhund. The purpose of Schutzhund is to identify dogs that have or do not have the character traits required for these demanding jobs. Some of those traits are a strong desire to work, courage, intelligence, trainability, a strong bond with the handler, perseverance, protective instinct and a good sense of smell. The various levels of Schutzhund working trials encompass tracking, obedience and protection. There are various Schutzhund associations within the United States, some focusing on one or multiple eligible breeds.

Bred to be a protection dog exhibiting strength, stamina, and great intelligence, the Doberman Pinscher was developed by its namesake, Karl Friedrich Louis Dobermann, in the Thuringia area of Germany in the 1870s. Thought to be a tax collector, part-time dog catcher and, possibly, an abattoir manager, Dobermann had a number of breeds to use in the formation of his ideal protection dog. Among the breeds thought to have contributed to the development of the Doberman breed were a type of black and rust shepherd dog found in the Thüringen region, an early type of Rottweiler, the German Pinscher and, depending on the source consulted, possibly the Beauceron, Weimaraner, Manchester Terrier, and Greyhound. Following Herr Dobermann’s death, Otto Goeller set about refining the breed in the very late 1890s and early 1900s, and was also the creator of the National Doberman Pinscher Club (Germany). In the mid-20th century, Germany and the majority of countries dropped the “pinscher” portion from the breed name, considering it inappropriate to associate it with Terriers, and simply referred to it as “Dobermann.” Frequently used by police forces, the breed also came to be known as the “Police Dog” in the early 20th century.

When one studies pictures of early “Dobermanns” from the first two decades of the 20th century, one sees a dog quite different in type than the one seen in show rings today. The breed at that time could not be considered elegant by any means and appeared somewhat off-square, stockier, and heavier in neck, rounder-eyed, with angulation front and rear that was significantly less than what is seen today. Sometimes described today as being “poured into its skin,” the Doberman of yesteryear could be termed “wet” or lacking the muscle definition and skin tightness seen today. By the 1940s, one sees a trend developing toward a smoother-bodied, tight-fitting dog.

Once known to be sharp in temperament, responsible modern breeders have done much to maintain the Doberman’s strength and intelligence, but not at the expense of a good family guardian’s temperament. The breed was used extensively in military work and is still used in police work, but not to the degree of the early 20th century. It competes favorably in Schutzhund, with a few show Dobermans having attained Schutzhund titles. The breed is well known for its versatility and for its highly successful participation in multiple dog activities, including agility, obedience, nose work, search and rescue, tracking, etc.

Having similar ancestors as the Schnauzer, and contributing to the development of the Doberman Pinscher, the smooth-coated German Pinscher is mentioned in the German Stud Book by 1880. Used as guardians of their homestead and the family’s coaches, the breed is also known as an apt vermin killer. Both World Wars had a devasting effect on the breed’s population, with no known litters produced from 1949 to 1958. By smuggling a black and red bitch out of then East Germany and breeding her with four different oversized Miniature Pinscher males—and also using an oversized female—Werner Jung is credited with saving the breed from extinction. Just about all German Pinschers trace back to these dogs.

Photos from the late 1890s depict a breed similar in body type to today’s German Pinschers, but with a head that favors the Miniature Pinscher in style. Successive breeding developed a head style that is longer and more substantial, balancing with the body. Of late, some show exhibits are being shown in the US style of a Doberman, which is incorrect for the breed. This versatile breed does not have specific working tests, but the parent club does have formal recognition for dogs that have achieved successes in multiple competitive arenas, i.e., obedience, tracking, nose work, agility, and barn hunt.

Created in Russia during the late 1940s and early 1950s by the military’s “Red Star” kennels to be a large, brave, strong, military working dog with a robust guarding instinct, the Russian Black Terrier (FCI) or Black Russian Terrier (AKC) is useful in varying climatic conditions and services. The breed was developed (and bred solely by the Red Star kennels until 1957) from the combination of Giant Schnauzer, Rottweiler, Airedale, and Newfoundland, with the Giant Schnauzer having the greatest influence. The breed was first exhibited in Moscow in 1955, comprised of working examples owned by the military. These dogs were similar to today’s dogs in build and coat. In 1956-57, after achieving a breed that bred true, some military puppies were sold to the general public. An effort to establish the breed outside of the military began, including a move to breed for looks while also maintaining working ability.

Arriving in the US in the 1980s, the breed was seen with a docked tail. Today, the breed is seen—and rewarded—either docked or undocked. Show dogs are significantly trimmed, shaped, and “poofed” unlike the military working dogs.

The Black Russian Terrier is active in a variety of canine sports. However, there is no award recognition program listed by the parent club. The breed does compete successfully in Schutzhund/IPO but, numerically, there are few in competition as compared to other breeds. On the whole, the breed appears to have maintained its type while being bred to function in households as a family guardian and pet.

Developed in the 1920s by Arthur Treadwell Walden of New Hampshire to be a sled dog, the Chinook is that state’s official dog breed. The breed’s namesake, “Chinook,” was derived from cross-breeding a Greenland bitch with a Mastiff/St. Bernard-like mixed breed dog. That dog was then bred to Belgian Sheepdogs, German Shepherd Dogs, Canadian Eskimo Dogs (and maybe other breeds) with their progeny bred back to him. Well experienced as a driver of sled dog teams in the Yukon, Walden was Admiral Byrd’s lead sled driver on a 1929 Antarctic expedition. Walden is also credited with establishing sled dog sports in the New England area. Breeding stock was closely held and passed down from Walden to Julia Lombard, and then to Perry Greene of Maine in the late 1940s. In 1963, when Greene died, the population of this closely held breed quickly dwindled. In 1981, there were only 11 breedable surviving Chinooks. These dogs prevented the breed from becoming extinct.

There are only about 800-900 of the breed in existence. The UKC’s registry allows a cross-breeding program under which Chinooks are crossed to other breeds that are thought to have contributed to the Chinook’s development. The fourth-generation backcross descendants of such crosses may be accepted as UKC purebred Chinooks, if they meet certain requirements.

The breed is still used in sledding as well as dog-packing, skijoring, search and rescue, and other general dog performance sports. It has not changed appreciably from the breed’s origins.

I’ll look forward to your commentary and questions on this article as well as the ones that follow in this series. Feel free to send your comments to info@aramediagroup.com or to me at jollytimehounds@northstate.net. 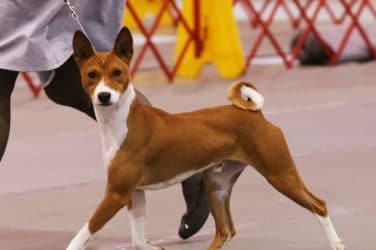 When judging the Basenji, if you cannot visualize a square as I have positioned ... 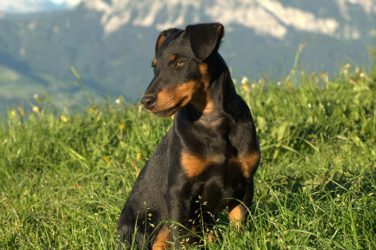 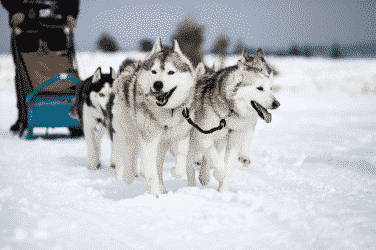