Orlando, FL — Kent Boyles and Liz Oster were presented with the 2018 AKC Breeder of the Year award for their Kenlyn/Marquis German Shepherd Dogs at the AKC National Championship Presented by Royal Canin on Saturday, December 15, 2018.  The annual award honors those breeders who have made an impact on their breed and dedicated their lives to improving the health, temperament and quality of purebred dogs.

“We are proud to honor Kent Boyles and Liz Oster with the 2018 AKC Breeder of the Year award," said Dennis B. Sprung, AKC President and CEO. “The Kenlyn/Marquis German Shepherd Dogs prefix has been associated with top quality German Shepherd Dogs in the United States and their influence on the breed will be seen for years to come.”

One honoree is chosen from each of the seven groups: Sporting, Hound, Working, Terrier, Toy, Non-Sporting, and Herding. From those seven, one Group winner is selected as “AKC Breeder of the Year” during the AKC National Championship, which was held this year in Orlando, Fla. December 15th and 16th.  Presentation highlights are available on www.akc.org.

As the 2018 AKC Breeder of the Year recipients, Kent Boyles and Liz Oster will be honored with a commission from a canine portraitist to memorialize a prominent dog from their breeding program and their names will be inscribed on a perpetual trophy, both of which will be displayed at the AKC headquarters in New York City.

Combined, Kent Boyles and Liz Oster have over 60 years of experience, having bred more than 100 champions and finishing more than 400 titles in the German Shepherd Dog breed. Their vastly differing backgrounds have ultimately led them together to breed, train, and show great dogs hand in hand.

Between Kent and Liz, they have campaigned 17 animals to the Grand Victor/Grand Victrix title, along with countless Select titles and Winners Dog/Bitch titles at both the U.S. and Canadian Nationals. The pair is always striving to better the health and minds of the dogs they breed and they’re not afraid to think out of the box when it comes to their breeding program.

Among the many great German Shepherd Dogs Kent and Liz have bred, “Rumor,” officially known as BIS GCh.P Am/.Can. SELECT Excellent Ch. Lockenhaus’ Rumor Has It V Kenlyn, was the number-one Dog All Systems in 2015, the 2015 AKC National Championship BIS and the 2017 Westminster BIS.

All seven Group honorees were presented with medallions during the show on December 15, 2018.  Group winners included:

For more information on all of the AKC Breeder of the Year Group honorees, click here. 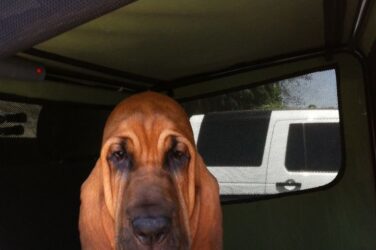