We value the feedback of all our readers, and appreciate anyone who feels inspired enough to sit down and write to us. Even when someone may not agree with an article appearing in our pages, we'd rather be part of a passionate dog show community – than an apathetic community. We will continue to post letters when we receive them, and we thank everyone  for their time!

The Bedlington Terrier Club of America finds several unsubstantiated claims in Jacquelyn Fogel's article and her choice to “no longer support a test that has led to so many unexpected, negative consequences” is one them. For Jacquelyn Fogel, or any breeder, to no longer DNA test for Copper Toxicosis will absolutely lead to negative consequences. Also, Jacquelyn Fogel's assertion that “…after all that testing began, we started to see an unexpected rise in the number of dogs dying of kidney disorder and auto-immune disease—not copper toxicosis” is truly misleading. Attributing health conditions that existed long before DNA testing for Copper Toxicosis was developed, to the actual test itself, is erroneous and factually inaccurate. Furthermore, Jacquelyn Fogel does not represent or speak for all Bedlington Terrier breeders, even though her article makes several references to “we” as a whole group.

The Bedlington Terrier Club of America can only recommend specific health tests but can not force a breeder to oblige our recommendations. However, before being accepted into the American Kennel Club Breeder of Merit Program, breeders must certify that applicable health tests have been performed on all sires and dams of litters as recommended by the Parent Club and can provide proof. The advancement of canine health and well-being is part of the American Kennel Club mission and we partner in their mission. DNA testing for Copper Toxicosis is, and will remain, an integral part in breeding healthier Bedlington Terriers.

Chair for the Bedlington Terrier Club

Laurie Friesen, President of the

The Officers and Board of

Directors of the Bedlington Terrier

Board Member Sandy Miles, Board

We at VetGen would like to add our “two cents” to this letter addressing the Fogel article in the February 2018 issue of ShowSight Magazine. The Fogel article is so full of mistakes and incorrect assertions that we hardly know where to start. Perhaps the most egregious error in the article is the assertion that DNA testing for the copper toxicosis (CT) gene
in Bedlington Terriers has somehow damaged the breed rather than improving it. The assertion is made that not breeding dogs testing positive for a CT gene, rather than improving the breed, has had the adverse effect of leading
to an increase in dogs with kidney or autoimmune diseases.

There are two things wrong with that assertion. One is that eliminating dogs for breeding who have a CT gene could increase dogs with other diseases. This makes no genetic sense. There is no genetic relationship between CT and the other diseases, thus the dogs removed from breeding because they have CT genes and the dogs left in the breeding pool are both simply random mixtures of healthy and other disease pre-disposed dogs. Which of these dogs are used for breeding has nothing to do with the dogs removed because of a CT gene. More dogs with other diseases may be observed simply because dogs are not dying of CT and living longer.

The second thing that is wrong with the assertion is that the Bedlington Terrier breed hasn’t been improved by CT testing. When we started testing in 1997-98, 52% of Bedlingtons were affected with CT, many of them dying young from liver disease due to copper toxicity. In 2009, when we published a paper on this, the frequency of affected was 32%, an almost 40% reduction in this deadly disease! We have just recently looked at our data, and the
frequency of affected in 2017 was close to zero. There is still a 13% frequency of carriers, but the disease has practically been eliminated amongst breeders who are testing for the CT gene. This
is a huge accomplishment, and those who choose to downplay it have never seen a dog die of liver failure due to
copper toxicity.

The Fogel article implies that the CT test offered by Vetgen is of no use because it is for the wrong gene. Nothing could
be further from the truth. The original linkage test we offered in the late 1990s indicated that the COMMD1 gene was the “Bedlington CT” gene. In 2005, European researchers verified this fact and published a description of the precise mutation responsible for the disease. Since 2006 we have been offering a test for this mutation.

There has been plenty of data published in studies around the world to support that COMMD1 is responsible for the vast majority of CT cases in Bedlington Terriers. The Fogel article made reference to a new gene indicated for a small percentage of CT cases, ABCA12. This linkage was found in a study specifically looking at “non-COMMD1 CT” as stated in the publication title. If and when a mutation is discovered and a test developed for this subset of CT cases it should be viewed as an addition to available testing and not a replacement.

We will be developing a full article to respond to all of the incorrect assertions in the Fogel article.

Letters to the Editor 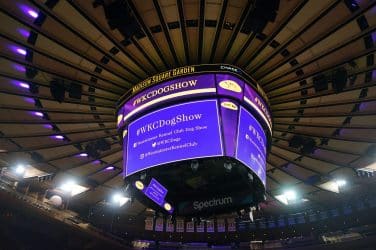 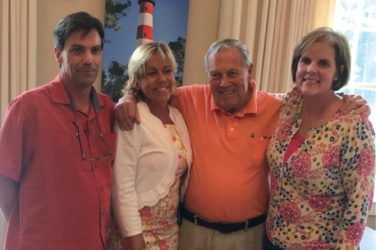 Been There, done that and going strong, George Alston celebrates 80 years