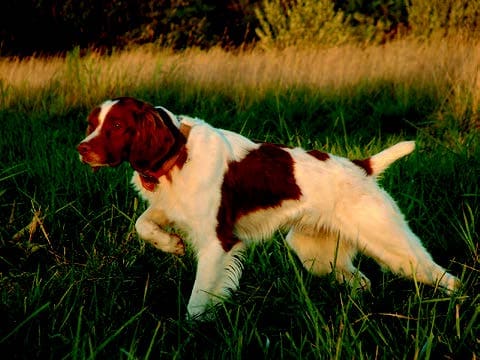 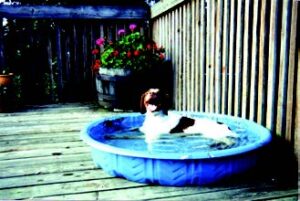 Among the more popular commercials shown on television these days are for services that attempt to match couples with similar personalities, interests and core beliefs. People want to be other people with whom they are most compatible. The same can be said for matching people with particular breeds of dogs. Many people have determined their favorite breed while others are still looking to find the one that is just right for them. Toward that end, I would like to discuss some of the general characteristics of the Brittany in terms of personality and behavior. I have owned a total of 9 Brittanys during the past 21 years, not counting puppies that went to other homes, and have learned quite a bit from them during that time. I would like to share some of what I have learned with you. 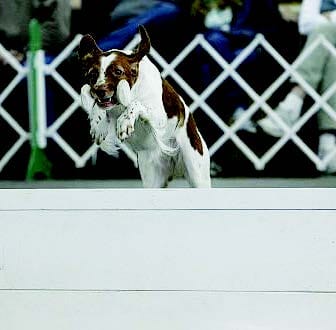 For starters, Brittanys are very smart. Like all domestic dogs, they are descendants of the wolf, an apex predator. This requires being able to work together as a team, to adjust tactics as situations change, and to learn from experience. In other words, a wolf has to be able to out-think its prey; it has to be intelligent and cunning if it hopes to survive. Brittanys certainly inherited these traits. Brittanys are quite intelligent and are capable of being taught many things. However, they are also capable of learning on their own and can outsmart other dogs, and their owners, at times. My first Brittany 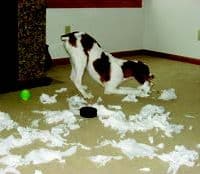 invented his own game. He would bring his favorite toy, a piece of faux sheepskin bedding, and drop it next to me, then stand over it motionless, waiting for me to try to grab it away before he could. I did not teach him this; he came up with it all on his own. Another example is something two of my dogs have done, and other Brittany owners have described to me as having been observed in their dogs. If another, typically larger, Brittany has something they want, or is occupying a spot they wish to occupy (such as curled up next to me on the couch), the smaller dog will run to the door and start barking loudly, as though something is on the other side. When the larger dog comes to investigate the disturbance, the smaller dog then gets the dropped toy or occupies the vacated space, thus accomplishing their goal through cunning instead of force.

The Brittany is said to have been developed as a companion hunting dog of French peasants living in the province of the same name. This is important in understanding the breed. Whereas many breeds of hunting dog were developed in the kennels of the landed aristocracy, owners of Brittanys were not of the class that owned land and thus were considered poachers if they took game from their landlord’s property. Characteristics that made the Brittany ideal for this type of hunting included its smaller size, meaning it took less food to maintain and could be gathered up and spirited away more easily if the need arose to make a hasty retreat should the landlord or warden come around, and its great loyalty to its master, meaning it could live with the owner rather than requiring expensive (and obvious) kennels. 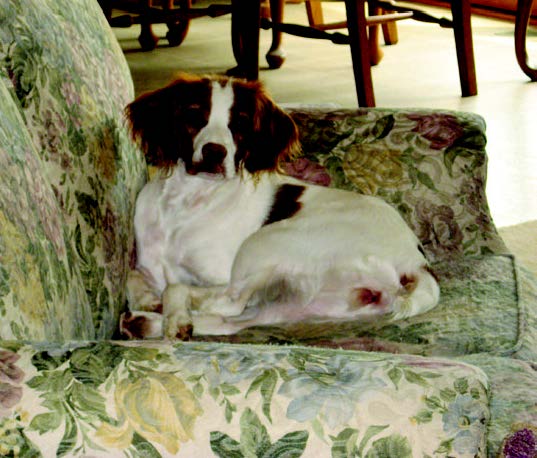 One should not let the smaller size and loving personality of the Brittany fool them into thinking that this breed is one that does not require a lot of physical activity. Brittanys are full of energy! They do require exercise or this energy can be channeled in ways that can be destructive. Developed as hunting companions, they are true athletes. Many Brittanys still hunt upland game, and are used in a wide range of environments, from the grouse woods of New England and other northern states, to quail in the piney woods of the South, pheasants in corn fields of the Midwest, prairie chickens and sharp-tail grouse of the Plains and upper Midwest, and chukar in the high desert mesa country of the West. Most Brittanys are natural retrievers and I have heard of a few owners who take their dogs waterfowl hunting during the warmer part of the season.

Many owners want to engage in activities with their Brittanys throughout the year, not just during hunting season, so participate in events such as field trials and hunt tests. Such activities help consume some of the energy the Brittany is known and gives the dog and owner the opportunity to test themselves against other dogs or against a recognized standard of performance. This energy can be channeled in other directions as well, however, and many Brittany owners have taken up competitive activities such as agility and rally. These are also excellent ways for the dog and the owner to develop a strong bond between themselves, as well as providing exercise for both. 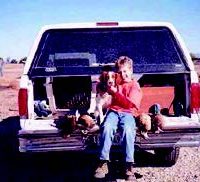 The modern Brittany in America possesses many of the characteristics of its ancestors that originated in France, but there are also differences as selective breeding has enhanced traits more suited to a different environment. It is said that form follows function, and the changing nature of the landscape in which the American Brittany exists today has resulted in refinements in the breed that make it more suitable for these different conditions. The Brittany was developed originally, and remains today, as a dog meant for the hunting of upland game. The lack of class distinctions in the United States means that all people can enjoy hunting openly and legally, not just landed aristocracy. It is no longer necessary to have a “stealth” hunting dog. Farming practices have changed, with the result that the areas holding game are different now than when the breed was first introduced to our shores. This has led to dogs being bred that can reach out and cover more territory in search of game. However, despite these changes, the heart and soul of the breed remains that of a true companion, a breed that loves to be around people. I have personally seen many instances of well-known field trial dogs, known for their ability to run far and wide when hunting or in competition, become lap dogs when with their owners. It is this loyalty and affection that draws those of us who love our Brittanys to this particular breed. 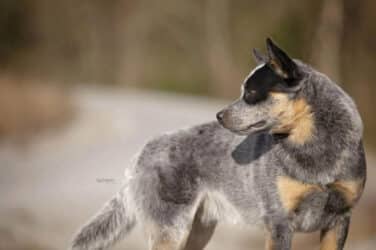 Life With Australian Cattle Dogs | Aren’t they “hard” dogs? Don’t they require a ...

As I may have mentioned in an earlier column, I have gone back to ...