I was 6 years old when I attended my first dog show. We weren't dog show people; I was just a dog-crazy kid who had seen a picture of a saluki in a book and was set on seeing one in real. So when the paper announced a dog show in town, my mom figured it would be a good way to spend the afternoon, and get that silly saluki fixation out of my head. Yeah, that worked…

Like most first-time spectators, we arrived well after breed judging was over. We went to an official looking table and asked about the salukis. After blank looks we decided maybe we were saying it wrong, and asked for the sa-luckis. More blank looks.

But eventually we were directed to a some people (who I now realize were professional handlers) with two salukis. They took both dogs out, and those dogs might as well have been a unicorn and a Pegasus for the feeling of awe they evoked in me.

The people did some odd things with the dogs, like trot them directly away from and back to us. But mostly, they let me pet them. I don't know if they were waiting for group, or just to go home. But they took a lot of time with a woman and her kid who obviously had no clue about dog shows or salukis.

Fast forward to last weekend. Decades have passed (I will not tell you how many.) I'm getting ready to go into group with my saluki. Two kids are eyeing him. I ask if they want to pet him, and in no time they are all over him. It's a fact that anyone who pets a saluki aims first for the ears, and I watched as the kids' hands flattened his ears with every stroke. Sigh. There went 20 minutes of grooming. When their mom realized we were getting ready to show, she looked horrified her children were mussing his hair and volunteered to have them stop.  But I said keep on. Because really, was my dog going to lose because his ears were a little stringier? Instead I told the kids petting was good luck for him.  OK, I confess I told them petting him on his back was REALLY good luck, and stroking his right ear was much better luck than stroking his left!

I've seen handlers sternly admonish spectators for trying to touch their dogs.  I understand that some coifs are more vulnerable than others. And some dogs don't take well to strangers or kids. But when we can, we need to let spectators be up close and personal. These kids were funny—once we were in the ring they waved and called to us every time we did a go-round so what the heck—I waved back as we ran past. While waiting our turn, I entertained them with some dog tricks (it helps entertain the dog as well). They were impressed when he took a bow when I asked him what he would do if he won a ribbon, so when he did win one, I made sure he took a bow—and I could hear those kids ringside squealing and clapping!

I hope this family left the show feeling good about dog shows and show dogs. They may not be moved to ever participate in a show, but regardless, they may tell their friends how much fun they had, and they may one day able to counteract those who attest dog show people are elitists, or show dogs are just treated as objects.

Whenever I can, I offer spectators the chance to interact with my dog at shows, whether at our set-up, ringside or even in the ring. If I'm talking to friends, I stop. Spectators have priority. They have priority at all times except for the brief time the judge is looking at my dog and of course, except for anything that is to the detriment of my dog's well-being. There's always time for picture taking, and if there are kids along, get them in the picture too! It's the surest way for them to share pictures of their day at the dog show!

The rewards go both ways. I showed a dog a few years ago who adored children; the surest cure for her tendency to pout in the ring was to encourage every ringside kid to pet her! Not only did she show better, but she usually managed to garner extra applause!

I know none of us travel to dog shows so we can talk to spectators. But in the long run, it's probably one of the most important things we can do that day. Even that Best in Show ribbon will make little difference in your breed's survival, or purebred dogs' survival, ten years from now. What will make a difference is whether new people come into the sport. Our juniors can't just come from within our ranks; they can't just be the children of current handlers. We need new people, actual novices, whose parents didn't show dogs but who for some reason wandered into a dog show one day—and stayed…

Everyone needs to be spectator-friendly. Everyone. Spectators don't know the difference between a professional versus an owner, or even an experienced competitor versus a novice. It's true that as an owner-handler, I do have more spare time at shows than my harried professional handler friends. But guess what? My livelihood doesn't actually depend on dog shows surviving. Theirs does!

What if that handler so many years ago hadn't taken the time to show a 6-old-kid his dogs when it was obvious we had no idea about show dogs and had nothing to offer him except admiration for his charges? I might have left the show without another thought about salukis or dog showing. Every first-time spectator who approaches you has the potential to become a life-long participant.

I asked a group of my friends how they went to their first dog show. A surprising number went as spectators, with no family ties to the sport. Some went with a neighbor, or co-worker or their dog's breeder; some knew they wanted a dog so went to a show but also got caught up in the show bug; and some just wandered in on a lark and never left. Some reported they were largely ignored, but most reported at least one exhibitor took the time to talk with them.

Does your club do what it can to attract spectators? For many small clubs with limited manpower, publicizing their event is an afterthought. But community publicity may be the single most important thing your club can do. It's one reason our club decided to remain a two-day weekend affair at our local fairgrounds rather than changing to be part of a more profitable four-day weekday cluster in another town. Do you post your friendliest club members to greet your guests? That means friendly folks at parking, catalog and club tables—not just at judge's hospitality. Dog shows won't continue without new blood; and spectators are the best resource for new purebred dog owners, and possibly, exhibitors.

AKC can hire all the PR firms it wants—but you, the exhibitor, the folks on the front line, are the most important PR people our sport has. 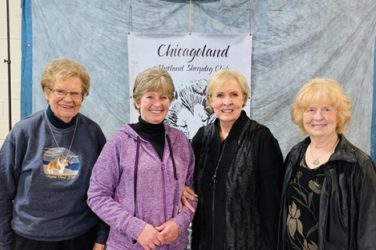 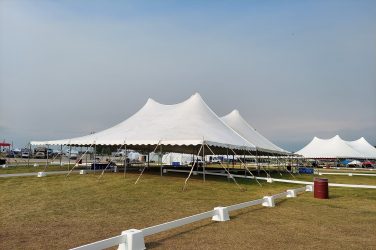 Mary Ellen Meyer has been a member of the Waukesha Kennel Club since 1966. ...