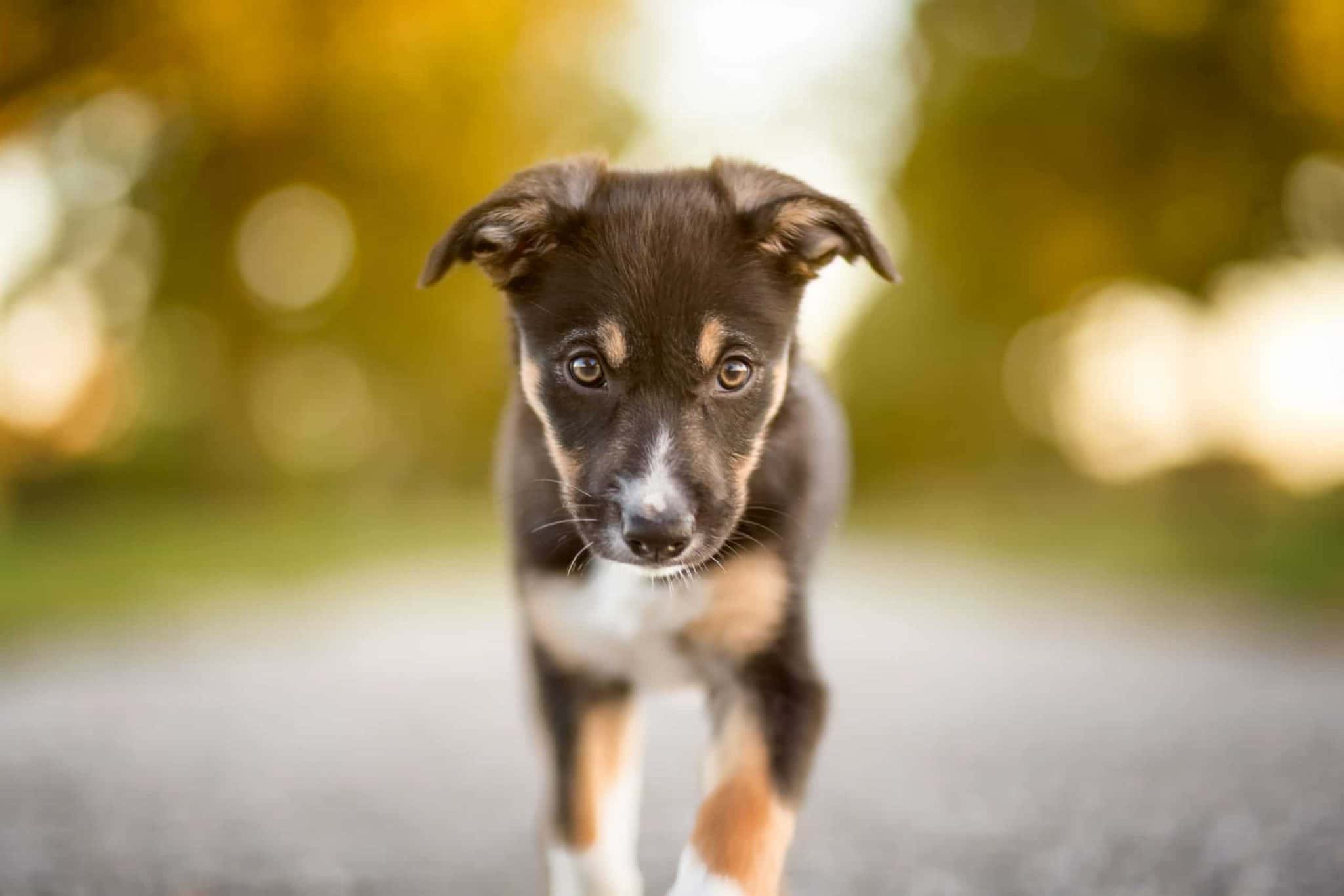 We’re scary. We are so good at what we do that anybody who thinks about competing with us gets scared. How can they breed, buy, groom, train and show a dog that looks anything like ours? Where do they start? How do they learn? How much money will they have to spend to even come close to having a dog that looks and acts like ours? Do they even want to try?

I believe the AKC groomers, handlers and trainers are the best in the world. Nobody in any other region of the world is as proficient at presenting dogs as the people who regularly compete in AKC shows. We take our competition seriously, and we are the best. It is no secret that handlers and groomers from all over the world want to come here to learn how our AKC professionals manage their trade. They come here to learn how to breed, groom, train and present their dogs. We are the masters of the universe—and it’s scaring novice exhibitors away from our shows.

Think about breaking into the dog show world today. Where do you start? We don’t have fun matches anymore, and all of our shows are point shows. Go to the tiniest show in the Midwest and there will be at least two or three handlers with trucks full of well-groomed, well-trained show dogs. Buy a beagle thinking it’s a no-groom breed, and imagine your surprise when you find out it takes as long to groom a beagle for a show as it does to put up a Bedlington. If you think there is any breed shown today that does not require some level of ring-ready grooming, or training to perform in a breed-acceptable manner you’d be wrong. Sure, there are a few short haired breeds like a Manchester that require very little coat preparation, but even they require some level of training to be able to compete with a flashy Maltese, Shih Tsu or miniature poodle in the group. Is it any wonder that people gravitate toward the newer AKC breeds? Nobody knows what they’re supposed to look like yet, so a novice can compete on a level field with other novices.

I think this intimidation factor is a very real problem. Terriers, known for their extraordinary grooming requirements, are all becoming rare breeds. It’s true that many people don’t want to spend the time on endless grooming, but it’s also true that they don’t know where to go to find out how to do the work. There is no grooming school that teaches the art of rolling a hard coat or the intricate detail of a scissored Bedlington trim. It’s a learn-by-doing environment with few good teachers. It took me three years of grooming a Bedlington to finally master a trim that was not embarrassing, much less beautiful. It took another 10 years to get to a master level, and I still modify my trims.

About 6 months ago I had an epiphany. If I wanted new people to join the ranks of Bedlington breeding and showing and help to preserve this breed for posterity, I was going to have to reach out to people and offer to train them in at least the trim, and hopefully add in a little about the breed standard. I knew there was an interest in this breed among competitive groomers because I had been loaning dogs to several of them and had done some minimal training in the trim. I was never happy with the bichon-like styles they put on their competition dogs, and one competitor actually told me it would be impossible to win a grooming competition with a dog in my breed-appropriate pattern because it wasn’t what the judges were looking for. That was annoying on two levels. First, who were these judges who knew so little about my breed that they thought gobs of hair was a good thing, and second, how would this novice groomer know she could not win with my trim since she had never actually learned it.

I do know that one of the top-ranked competitive groomers won a Best In Show with a Bedlington I had just finished a championship on at our National Specialty a few weeks before her grooming competition, so I was pretty sure the pattern that I had put on the dog was not so far gone that she dramatically changed it for her best-in-show grooming performance.

My aha moment (actually it was an aha period of time that stretched over a few months) continued as I thought about the AKC dog show people I knew who had ventured slightly into the world of competitive grooming, and came back to AKC shows. That included my daughter who got a beautiful standard poodle ostensibly to compete in grooming competitions, but decided she would really rather compete in AKC shows where more than the hair was being evaluated. She felt much more satisfied when the competition was about more than a beautiful coat finish and the dog was adjudicated by people who were actually familiar with the poodle standard.

I also recall the hours of siting in professional handlers’ set-ups marveling at the level of skill I was seeing on a daily basis. I learned to pull hair on a wire dachshund to compete with Carlos Puig, and groom a Brittany that could compete with Kellie Miller. I learned to prepare the coat and trim a Cavalier so it looked completely natural to compete against Laura King, and I learned to shave, scissor and chalk a beagle. I learned enough about rolling a Westie coat from Jan Parcel to know I did not want to do a lot of that, and just recently picked up a most amazing tip about stripping a wire coat from Susan Atherton as we chatted at dinner after Montgomery County. There was so much knowledge out there in the AKC world, and so little of it was being shared with newcomers. I began to formulate a plan to change that.

My first step had to be with Bedlingtons—because I have a bunch of them sitting around needing trims. I also knew that if a groomer learned the intricate details of a Bedlington trim on their ridiculously soft coat, they would become better over-all groomers in general. Every groomer that has worked for me has had to learn basic Bedlington, and all have told me it has made them much better groomers. I have the dogs, I have the place, and I have the training to teach the trim, so I decided to start here.

I consulted a few people in the competitive grooming world to ask how their seminars were structured, and what they thought an appropriate fee would be for an intense, hands-on seminar where each person would be able to do a guided groom on a dog I provided. All of them said this was something that was not done. Their seminars involved an instructor with a dog they groomed, talking their way through the trim. The average duration of those seminars was 2-4 hours. That was an impossible timeframe for me. It takes me 2.5 hours to put a Bedlington in pattern for a show, so I knew beginners would need a lot more time than that. Plus, I wanted the seminar to include some background on the breed and its standard, canine anatomy, basic dog-handling skills, and demonstrations of corrective grooming.

Finally, I settled on a 1.5-day seminar. The first day would be talking about the breed, and a demonstration of grooming. The second day would be grooming their dogs with me providing on-going commentary, critique and suggestions. Because this was a new concept and I was asking the groomers to spend a night near my facility, I opened our empty-nest home to accommodate a sleep-over. We had done this for several groups of Russian visitors hosted by my Rotary Club, so I was confident they would be comfortable, and would appreciate not having to rent a hotel room. We provided lunch the first day and breakfast the next morning. I limited the seminar to 5 participants and charged $250/each.

This seminar exceeded my expectations in ways I never imagined. Four of the participants are pet groomers, and one is a first-time Bedlington owner who does mostly performance work with her dogs. All of them were so grateful for the ability to work on a real dog and be guided and critiqued in real time. Even the groomer who is an award-winning creative groomer was thrilled with the outcome of the seminar.

But a real unanticipated benefit of this seminar was the commentary that flowed when we were wrapping up and putting tools away. Three of the groomers asked if it would be possible for them to accompany me, or someone else I might know, to AKC shows and be their “bucket-bitch” (their terminology, not mine), and two expressed an interest in breeding Bedlington terriers. All three said they were so intimidated by AKC shows that they were not sure how to become involved, but after this seminar, and my obvious enthusiasm for the breed and AKC competitions, they wanted to try going with somebody and learning more about it. Before the seminar they were too scared to participate, but after they felt much more comfortable about venturing into the AKC world. Now I was having a Eureka moment!

I am planning to schedule at least 4 of these level 1 seminars a year (Bedlington hair needs time to grow), and these groomers and other exhibitors have asked if I can do a one-day level 2 seminar for people who have learned the basics, but need additional guidance on detail. At least 12 people have already expressed an interest in being invited to one of the upcoming seminars. We’re calling them Beyond-The-Basics Seminars, and I have been mulling around ideas for recruiting other AKC exhibitors who are experts in breeds used in grooming competitions to do something similar. They’re “doing the math” and thinking they can give up a couple of weekends a year to earn $1,000 and encourage new people into our sport. I am also asking the AKC to consider supporting this concept and add AKC certification of completion for the seminars, and keep track of a calendar of seminars around the country. It’s a work in progress, and I think the rewards for everyone are substantial.

These Beyond-the-Basics seminars will also be critical for capturing the expertise of the current group of highly skilled professionals and owner-handlers whose knowledge will be lost If it is not passed on to the next generation. I think this is a winning idea for everyone in our sport, and for those who want to join us. 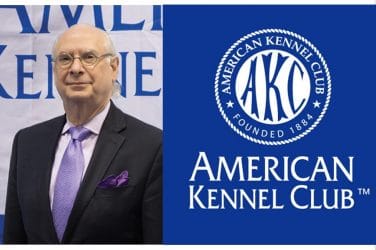 We are winners and will win this battle!

Dear Fiends   The COVID-19 pandemic has affected our sport, clubs, judges, exhibitors, and ... 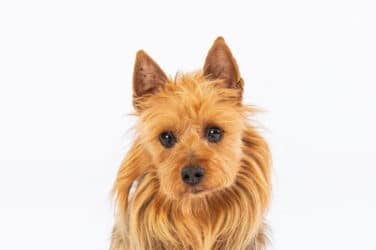 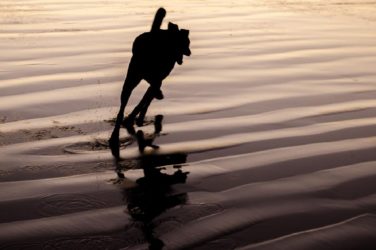