From the July 2018 Issue of ShowSight, profiling breeds from the Miscellaneous Class and Foundation Stock Service.  CLICK TO SUBSCRIBE.

Pictured above – The Bolognese today and circa 1915 (insert). Photo’s courtesy of The American Bolognese Club.

The Bolognese is a rare breed dog whose origins are shrouded in antiquity. The Bolognese has been making the lives of people happier and more complete for over 2000 years. This enchanting breed has timeless appeal. They may not roam the homes of kings anymore, but they do bless each castle they romp in.

Italian nobility made the breed especially famous by giving puppies as gifts to other noble families during the Renaissance. They were celebrated as the most royal of gifts that one aristocrat could give to another. These little white dogs were considered a symbol of wealth and many well-born Italian women considered the Bolognese a mandatory “accessory” to be spoiled, powdered and perfumed.

Bolognese love people. They
have been selected for centuries based on their love and companionship towards humans. Today, the Bolognese continues as a devoted and loving pet and companion.

The ABC has adopted the FCI Standard of the Bolognese from its country of origin, Italy.

Pure white. Long all over the body, from head to tail, from the top line to the feet. It is shorter on the muzzle. Forms long flocks that have the same texture all over the body, rather off-standing coat thus not falling flat and tight, never shows fringes.

Very serene, generally not very active. Eventful but calm and very faithful to his master and his entourage.

Head is medium long. Eye opening is round—the white of the eye is not visible. The rims of the eyelids must be black and the iris of a dark ochre color. Ears are high set, they are long and hanging, but rather rigid at their base giving the impression of the head being larger than it really is.

Set in the line of the croup, carried curved over the back.

The American Bolognese Club’s objective is to unite the Bolognese community; promote communication and interaction between breeders and companion owners; maintain and preserve the precious ancestral records of the Bolognese in this country since 1987, maintain the current registry and promote quality breeding of the purebred Bolognese.

Letters To The Editor 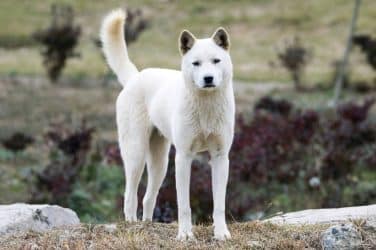 We asked the following questions to people breeding and showing some wonderful rare breeds in ... 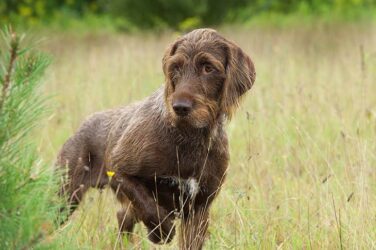 We talked with some people in the Foundation Stock Service (FSS) community about the ...