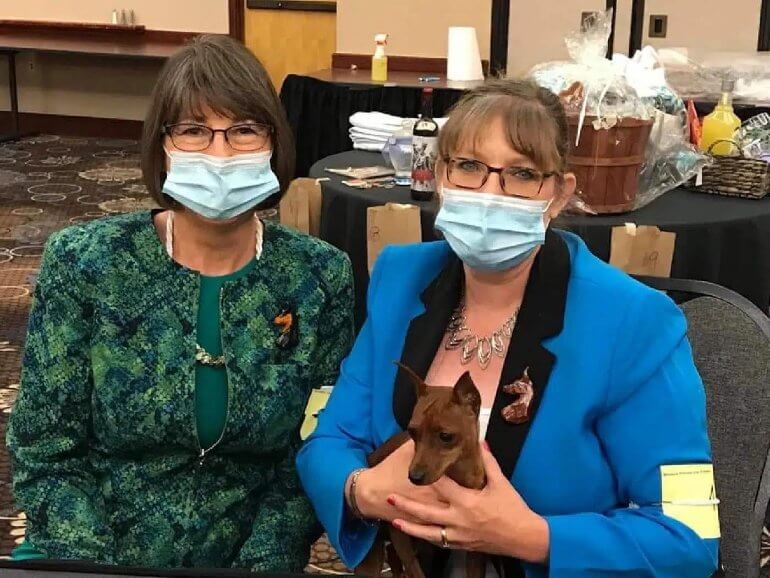 Miniature Pinscher Club of America National Specialty – It was hot, hot, hot in July in Oklahoma. However, the host hotel and the Reed Center were joined by a hallway so it was not necessary to be out in the heat. Good planning by our Board of Directors.

Club members were very good about wearing masks and social distancing. Masks were worn at all times, except for eating and drinking. On Monday, the Board met to handle club business. The Board planned this national, moving it from New Mexico to Oklahoma.

Best Junior in Sweeps was Ch Winter-Eagle Ring of Fire, owned by Christy Nelson, Katie Winters and Carolyn Griswold; Best of Opposite was Hat Trick’s Brittney Broke Her Halo, owned by Susan Hatfield.

Canine Good Citizen and Trick Dog Evaluations took place in the foyer. Membership Education followed with a presentation by Larry and Penny Dewey of the breed PowerPoint used for Judges Education.

The annual meeting, chaired by President Gretchen Hofheins Wackerfuss, was followed by hospitality in the foyer.

In the evening was our Awards Banquet and Auction and a good time was had by all. We were wearing masks and our large tables had only five at each table.

This concluded our National week. See everybody next year in New Mexico. 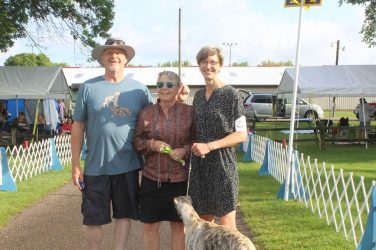 The Kennel Club of Philadelphia announced that it has donated a total of $300,000 to three ... 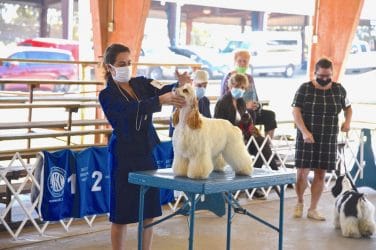 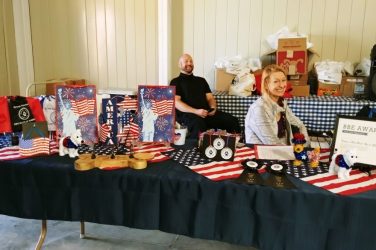 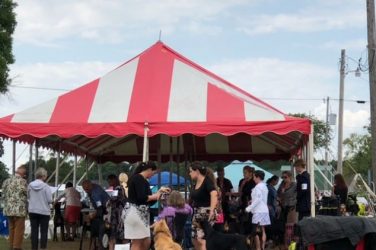 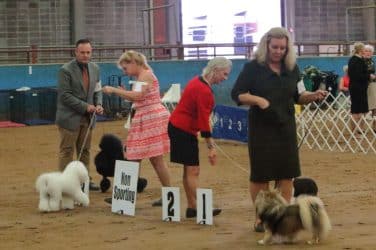