Do you use supplements for yourself or your dogs? Do you take prescription medicine or have a pet on veterinary medications? Do you take flu shots or immunize your dogs on a regular basis?

Okay, I heard that. Two out of three people answered “Yes”. Okay, let’s agree there are life-saving drugs such as heart and diabetes medications, but holistic practitioners say there are better, cheaper and safer ways to control such ailments and strengthen the immune system.

From the monthly column "ON THE LINE" by BJ Andrews. Originally appearing in ShowSight Dog Show Magazine, September 2016. CLICK HERE TO SUBSCRIBE.

I know you’re skeptical but I won’t bore you with statistics. Instead let’s look at real-life examples in dogs and people. I have over 60 years of trial and error experience. I’m pretty healthy for someone pushing 80 and the only prescription medicine I’m on is puffers for what’s called COPD. I take only half a dose but my breathing gets better every year instead of progressively worse as my pulmonologist said would happen. COPD is a catch-all term. In my case, I caught a bug at WKC in 2007 that turned into a lung abscess which less than 50% of (young) people survive. Two lung surgeries and six weeks touch-and-go hospitalization put me on the right side of those statistics. Therefore I equate prescription inhalers to having leg surgery for a broken leg. Stuff happens.

I take a lot of supplements, which are natural ingredients derived from plants and animals. I have eaten fresh foods and meat since long before anyone ever heard of organic foods. I’m lucky enough to have been raised by a father who hunted, fished and grew fruits and vegetables for the table. When I was growing up, there were no fast-food places and life moved at a leisurely pace. My biggest indulgence was a cherry coke and a bag of chips. Most of you grew up on packaged foods, homogenized milk, margarine and sweet treats galore. Glad I wasn’t born 20 years later.

But here’s the thing, like most people who show and breed, I learned how to condition my dogs and horses. Some of you will remember that in the 50s and 60s, we didn’t have much in the way of doggy vitamins or shelves crammed with packaged dog-food. I raised a lot of all-time top winners, sires and dams on a diet of meat, eggs, fish, veggies and commercial dry food, in that order. My seven Toy Fox Terriers get exactly the same diet today. Five of them have never seen a veterinarian except to get a rabies shot and certificate. I stipulate that the only booster shots they get are a mid-life rabies shot and a DHLP booster for my girls to boost immunity for their puppies.

So what’s the point? If you haven’t figured it out, I have some brain food supplements I’ll share with you.

First, I’ve proven that vibrant good health is critical to winning Groups and BIS. If your campaign dog is well-fed, well-conditioned, happy and well-presented, he will win on type, soundness and breed character. He will naturally sparkle as he says, ‘I’m the best!’

I know. Been there, done that.

So the only thing I’m selling is something you can’t buy. It’s called common sense and experience.

What goes in comes out and manifests in vibrant good health, glossy coat and vim and vigor that doesn’t come from a bottle. We all want that extra edge to take into the ring along with a great dog and the special bait that is like a lucky charm to us. Hey, some people actually do take a lucky charm on their belt, wrist or in their pocket. Here’s an example: sitting in our van in sweltering heat at an outdoor show in Georgia, Carlos Rojas confided in us that his Doberman glowed and was full of energy from bee pollen! At first we were amazed, but then I realized there was truth to that. My daddy was a bee-keeper and so I know a lot about honey and pollen. Carlos said he used a product marketed for race horses. Devil D, Dino and other truly great Dobermans comprised a long history of winners. Carlos himself had that something special—part of which was a handler’s love and unwavering enthusiasm for the sport and the dogs. Was bee pollen his lucky charm? Some would say so.

Speaking of bee pollen, in 2012 all the networks pimped the A/P feed that said, “Experts are warning that taking natural bee pollen supplements may come with the risk of suffering a serious allergic reaction, including life-threatening anaphylactic shock.” No doubt the use of honey and bee pollen cut into prescription medication sales and let’s face it, pharmaceutical companies are the most lucrative advertiser for TV, print and internet publication. Bee pollen fell from favor but I’ve got news for you. Google “thedogplace.org bee pollen”.

From the monthly column "ON THE LINE" by BJ Andrews. ShowSight Dog Show Magazine, September 2016. CLICK HERE TO SUBSCRIBE.

You’re probably thinking of someone who shared their favorite supplement-secret with you. For Carroll James and Timmy, the top-winning Bulldog he handled, it was banana for bait. Indeed, I did some research on bananas and learned they are actually mood food. We published an article about it, but I doubt Carroll knew that. He just knew it worked and messy or not, like any good handler, he related to his top dog. Google “thedogplace.org mood food”.

So most exhibitors have discovered something that gives their dogs that extra bloom needed for the show ring. I would avoid any doggy supplement that claims to add energy but certainly there are herbals that do boost energy in people. One such product made headlines when it was banned in 2004. Ephedra is an ancient, “Chinese Medicine” herb used for expanding bronchial tubes, thus treating asthma and what we now call COPD. Like many such herbal supplements, Ephedra was so effective for weight loss and energy that it got in the way of prescription diet drugs. So of course, it was banned by the FDA! Americans spend exactly 10% less on herbal supplements and homeopathic remedies than the $400 billion we spent for prescription drugs last year. Even so, FDA slams anything that threatens pharmaceutical sales.

Some of you will remember Tri-Chromalean, the extraordinary, safe herbal product in a yellow bottle that a very prominent lady judge sold at dog shows until FDA put them out of business and people had to go back to the prescription weight-loss stuff. (Before you ask, it was Judy Doniere.)

You don’t see ad after ad for herbal supplements or homeopathic remedies in magazines, especially those you thumb through when you’re waiting in the doctor’s office. Okay, so, why then do you think natural supplements such as you can find growing in a pasture or shady woods (think mushrooms) have been around forever? Homeopathic remedies have also survived and continue to be used by savvy people. Could it be because they are so inexpensive that people can afford to experiment, to find what works best for them and their pets and livestock?

There must be something to it because herbs and natural remedies have been used since before man could record history. That was especially true in ancient civilizations who survived without a single piece of script from the medicine man.

Today, we loosely term healing herbs and plants as herbal medicine, botanical medicine or Chinese medicine. All are indeed medicine; they are what nature provides for healing, for cleansing and most of all, for optimum health. I’ll leave you with a funny twist. Penicillin, one of the most valuable antibiotics is just mold and one of the best pain relievers is Opium, the juice of a poppy seed. You
probably get both when in the hospital. Hashish is a potent derivative from cannabis plants, a much stronger and more potent form of marijuana, and it too is made into prescription drugs.
Before you ask, Native Americans smoked other species of tobacco, probably because marijuana was not native to North America.

Well, that’s all I know about natural medicine. It’s been enough for me, what about you? 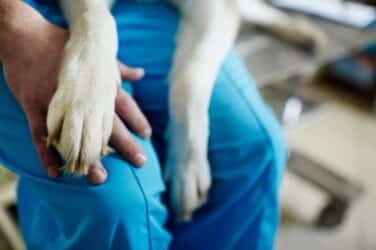 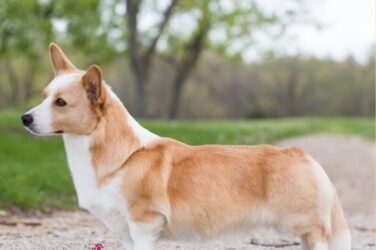