*Editors note – We love this Facebook status update by our friend Michelle Gonsalves. We’ve reposted it (repeatedly) on our Facebook page over the years (with her blessing) and decided to include it here as well, so people could still read and share it. Thanks again for the wonderful commentary Michelle, and for letting us share it with our readers!

"Neither Of My Dogs Killed a Shelter Dog"
A Facebook Status update by Michelle Gonsalves – Reprinted by permission.

I am NOT ashamed to be the owner of two responsibly bred dogs. Neither of my dogs killed a shelter dog. Neither of my dogs took a shelter dog’s home. Neither of them added to pet overpopulation. If I didn’t have them, I just would not have a dog. Do you know what kills shelter dogs? Irresponsible owners kill shelter dogs. They kill them when they don’t do their research and add the wrong dog to the wrong household, then ditch it to die at a shelter when they can’t or don’t care to properly care for it. Let’s not forget that in many breeds, it was responsible breeders who started their breed’s national rescue club. Not to save their own dogs (which don’t need saving), but to save the dogs that they never bred. To save the ones that don’t have safety nets. Responsible breeders did that. They did that in IGs (Italian Greyhounds).

I was interviewed more intensely to buy my two responsibly bred dogs than I ever interviewed a rescue candidate. I had supervised visitation… Multiple times. I don’t even own them outright, they are on co-ownership, so that if anything ever happens to me they will go back to their breeder (yes, even the neutered one).

How do I know this will come to pass? I’ve seen her do it with another of her dogs when the owner died unexpectedly. And I saw her do it with my own dog when I nearly died myself. No questions asked, she opened her home to him for as long as I needed her to… Potentially forever, if it came to that. Because that’s what responsible breeders do. And trust me, I researched until I found a responsible breeder.

Added to that, I am PROUD of the responsible breeders in this country who work SO hard to preserve our wonderful breed. Without them, the IG would be an unsound, neurotic, unhealthy creature. Not the elegant, sweet, healthy blessing that I love so much. Without responsible breeders, we’d never have gotten the amazing genetic health tests for enamel hypoplasia, the vonWildebrand’s test, the cda test or the pra test that are on their way.Without breeders, the domestic dog would CEASE TO BE! I do not ever want to live in a world without dogs. What a terrible place that would be, yet so many professed animal lovers are campaigning through shaming to create just such a world. Because that’s what it means when you say things like “adopt don’t shop,” “don’t breed while shelter dogs die,” and “people who buy dogs from breeders should be ashamed of themselves.”What do you think will happen if we sterilize all dogs? What do you think will happen if all breeders stop breeding? You’d very quickly lose the rare breeds and the giant breeds FOREVER. Wait a bit more and you’d lose important genetic diversity, causing untold suffering for dogs that have to come from increasingly small gene pools. And then, the dog- man’s best friend- would become extinct. Gone the way of the Dodo. Gone forever. So shame on YOU! Shame on you for hating dogs!I am not ashamed of my dogs. I am not ashamed of their breeder, who is an amazing person who has given so much of herself for this and other breeds. I am not ashamed of my extended family all around the world in the sport of dogs. And I am not ashamed of myself for daring to want a responsibly bred dog that fits my lifestyle.

Blaming me for the death of shelter dogs is like blaming a parent for the death of orphans in Uganda because she chose to have a baby through pregnancy, rather than adopt one. I have never surrendered an animal in my life. I have never caused the death of a dog in all my life. So why don’t you focus your ire on the people who did– the people who dumped those dogs at the shelter. They are the ones who left those dogs to die. Not me.Stop bashing your allies. Stop the shaming. We ALL need to work together for the good of dogs. Because there are scary people out there who want your dog gone. Who want your cat gone. Who want the horse out of your paddock, the guide dog out of his harness, the chicken out of the coop and the cow out of the dairy. Keep shilling their slick propaganda and shaming your fellow animal lovers and you help Animal Rights militants erase your dog from your very own home.If anyone has a problem with that, feel free to unfriend me. The ‘Boo’ Heard ‘Round the World: Emotions Erupt at Westminster 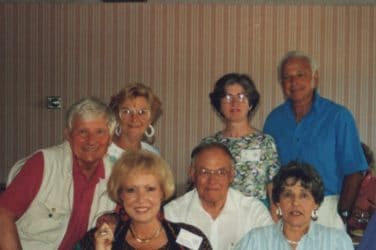 William Holbrook and Judge sincerely enjoyed, and never forgot, the longtime friendships they made ...

All of us at Aramedia Publications are  grateful to hear the news that the 14 ...