From the July 2019 Issue of ShowSight. Click to subscribe.  Photo courtesy of 101 Salivations: For the Love of Dogs by Rachel Hale

This is the fourth article in a series that considers America’s preference for purebred dogs through the pages of a single book. This month’s literary source is 101 Salivations: For the Love of Dogs, published in 2003.

In 2003, Bulfinch Press published a collection of photographs by Rachael Hale, an award-winning photographer from New Zealand whose specialty is animal portraiture. The charming purebred dog images that appear in 101 Salivations: For the Love of Dogs captivated dog-lovers around the world. However, unlike the breed representatives featured in most purebred dog books, each subject is presented as an irresistible individual rather than a representative of its breed. In her work, Rachael focuses not so much on breed characteristics as on each dog’s expression, enhanced in some portraits by a few carefully considered props. The result is a genuinely loving tribute to the human-canine bond, with an emphasis on “love.” Each of the images is as precious as any photo tucked away in a wedding album. As Rachael emphasizes, “Most of all, dogs love and cherish us unconditionally, until death do us part.”

Photographers Are Preservationists too

Like dog breeders, photographers are preservationists too. Dog photographers capture specific times and places, allowing future generations to appreciate the inheritance of every recognized breed. As 101 Salivations’ front book flap offers, “For thousands of years, the dog has been at the center of our affections. We respect them as faithful workers, admire them as resolute hunters.” This introduction offers a link between an ancient partnership and the tenderness with which we enjoy this relationship today. As the book acknowledges, “We watch in awe as they run carefree in the park, a flurry of legs and fur, and laugh as they collapse blissfully in an exhausted heap. They guard and protect us, lead us when we cannot see, walk alongside us and become our closest pals.”

Rachael Hale’s 101 “closest pals” are representative of the many dogs she encountered during the course of her daily life. For example, one disarming Dachshund introduced herself to the photographer during an early morning stroll. “On a brisk walk through the park one morning, I found Darcy, a tiny, trembling angel on my feet,” she shares of her initial meeting with one of her photogenic favorites. “We were friends from the start, but it was a bond born from fear rather than friendship.” Rachael writes that Darcy
spotted her as she was walking her Newfoundlands, Henry and George. “When Darcy clapped eyes on these two hulking beasts ambling towards her, she mustered all the speed she had in her miniature legs and sought refuge,” she relates. “But rather than turn on her heels, she ran straight for us. In a flash, she had scooted between my legs and planted herself on top of my feet, burying her claws into the flesh for further solace. An inch or so taller and a pinch bolder, Darcy could finally eyeball the big dogs, by now bewildered by the little one’s dash to safety atop my toes.” Any doubt of the story’s validity is quickly dashed by the black-and-white image of Darcy perched precariously atop a pair of bare feet.

“It was chance meetings like the one in the park, or on windswept beaches and street corners, that helped me fill the pages of this book with the incredibly diverse range of personalities, shapes and sizes one encounters in the dog world,” Rachael shares. In her quest to find 101 camera-ready canines, the photographer reveals that she simply approached dog owners during her daily excursions. “When I asked if I could capture their dogs on film, every one of them replied, ‘Yes, yes, we’d love you to,’” she reports. Judging by the dogs’ expressions in her work, they were willing participants in the project too.

What’s remarkable about Rachael Hale’s collection of portraits is the recognizable expression worn on the face of every breed depicted. Each representative seems to beckon the viewer with an unmistakable “look” that should be familiar to purebred dog enthusiasts. As the book jacket confirms, “Rachael’s secret to capturing a dog’s soul is to focus on his or her eyes—whether they are wide and shining, or heavy-lidded, in the throes of slumber. Within this book we can see the soul of our own best buddies staring back at us.” The stare, however, is just one of many familiar expressions worn by the dogs in 101 Salivations. Surprise, excitement and even contempt are captured-and-preserved on the book’s glossy pages in rich, but muted, colors and shades of gray.

The evocative imagery of Rachael’s work is the result not only of her devotion to dogs, but also her initial introduction to the camera. “My earliest memories of photography are of taking snaps of the family pets,” she writes. “Looking back, it was perhaps inevitable that I would end up in this wonderful profession. My paternal grandparents were both keen amateur photographers who traveled the world shooting beautiful images.” The older couple’s eye for beauty was certainly passed down to their granddaughter along with their vintage camera. Rachael shares, “I still have the ‘Box Brownies’ they owned, and even today I use my grandmother’s twin-lens reflex Rolleiflex camera, now more than 70 years old. It’s been driven over and dropped down stairs, yet it still takes exquisite shots.” Most of the portraits in 101 Salivations were captured using a 4 x 5 inch large-format camera. “I love the images it creates—you can almost reach into the picture and feel the animal’s fur,” the photographer suggests. “The shallow depth of field is incredible; it draws you to the dog, especially the eyes.”

The eyes in Rachael’s photographs are, indeed, mesmerizing. “Take, for example, Bruno the Spinone Italiano,” she considers. “Bruno was 18 months old and everything you could ask for in a man—young, active and very intelligent.” In the photographer’s opinion, the portrait of Bruno with a cigar in his mouth is reminiscent of a “genuine mafioso.” (Some viewers might mistake the disheveled pointer for a canine Winston Churchill.) Other dogs’ expressions are as equally appealing. Basset Hound Sam is positively debonair in his trilby hat à la Frank Sintra, and the keen look on the face of Akita Hiro is as alert as it is agreeable. Some breeds appear on the pages of 101 Salivations in pairs, including Irish Setters Olly & Maddy, Standard Poodles Riot & Briar, and Bullmastiffs Illsbruck & Sabrina. Brother Illsbruck appears dubious of the photographer’s lens as his sister reclines with a fashion model’s poise. Perhaps the book’s most memorable group portrait features Leonbergers Wookie, Martha, Oake, Mimi & Skye. According to Rachael, “It was a daunting prospect trying to capture five of these…dogs in the same frame. But it turned out that the tough job was keeping Skye (in the foreground) awake.”

101 Salivations, it should be noted, is not strictly a purebred dog book. Among the portraits of such ancient breeds as the Saluki and Samoyed are various mixed-breed dogs, and each is afforded equal exposure. Muffin, a beguiling black Border Collie cross, is every bit as photogenic as her pedigreed parent. “Who would ever have thought a scruffy little dog from off the street would become famous?” her owner is quoted as saying. Likewise, Boxer cross Zenith and Basenji cross Ruby are stars of their own. As noted in the book’s appendix, “Zen is a star of the international small screen, featuring in commercials and the television series Hercules.” By comparison, the brindle Basenji cross is the lead in a more personal production. “Ruby is never seen out without her jewels—usually a diamanté collar,” the book’s notes reveal. “It’s a fashion sense she has inherited from her always-bejeweled owner.” Like certain high fashion models, Ruby was “discovered” by the photographer’s ability to recognize beauty in all
its forms.

Perhaps not surprisingly, quite a few of the dogs that appear in Rachael’s portraits are wearing clothing of some kind. Though they’re not exactly sporting “outfits,” these dogs nevertheless are immortalized in an assortment of hats, handkerchiefs and even a helmet. Likewise, fashion accessories are de rigeur on the pages of 101 Salivations. A French Bulldog named Mr. Hynds appears to draw on a pipe and the aforementioned Boxer cross Zeus looks positively dapper in his white top hat. Even the photographer’s own Newfoundland, Henry, appears in his own fashion spread. On one page, falling leaves enliven his solid brown coat and on another his muzzle has become a perch for a parrot named Pipi. A third photograph presents Henry with his hair variously sheared and sculpted into a confection that his mistress has titled, “Henasuarus.” Henry’s expression in this particular photo is rightly one of indignation.

The inclusion of crossbred dogs and even “Doodles” in a collection of photos featuring purebreds is notable. Unlike most 20th century dog books, 101 Salivations is a celebration of all dogs. Its inclusivity is indicative of a trend in which the designer dog has become synonymous with the pedigreed dog. Rachael’s photographs are nondiscriminatory. Each expresses the love felt for an individual dog—or group of dogs—no matter the pedigree. Whereas traditional all-breed and breed-specific books have typically equated love for dogs with dog care, most books published on the subject these days are unabashedly produced for “dog moms and dads” for whom the dog is viewed simultaneously as a (somewhat) spoiled child and an equal partner. Nowadays, no dog photo can be too cute. They don’t even need to be gorgeously lit studio shots with carefully curated accessories. In fact, the out-of-focus, point-and-shoot pic can be just as emotive, if not more so. Just a year after Rachel’s photographs were published, another photo book came on the market that signaled a colossal shift in the role dogs would come to play in our society.

Published by Andrews McMeel Publishing for fiction writer Christine Ecklund and television director and producer Dean Minerd, Fixed Mix Seeks Same: The First Book of Dog Personal Ads is a book that describes itself as “a one-of-a-kind collection of hilarious canine snapshots and personal ads that will leave you howling.” The “snapshots” in this collection are as different from Rachael Hale’s images as they could be. None have been photographed with benefit of a 35 mm lens or any regard for lighting. However, there’s no denying the cuteness of the dogs represented or the cleverness of the copy that’s been written on their behalf. “I’m not as crazy as I look—I’m crazier,” reads the ad for dapple dog on a chintz-covered chair, blinded by a flash bulb and described as a “party girl.” Oh, boy! A new revolution had begun in which the disadvantaged dog would play a leading role in a growing number of Americans’ pursuit of happiness. The preservation of purebred dogs has since become threatened by dog lovers less interested in saving an entire breed as they are compelled to rescue a single dog. Only time will tell if 101 Salivations’ dedication will continue to represent the purebred: “For all the dogs we have loved and lost. For the dogs we still love and for all the dogs we will love in
the future.”

A Discussion on Flat-Coated Retrievers 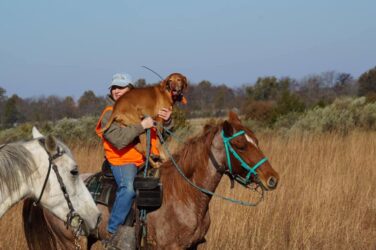 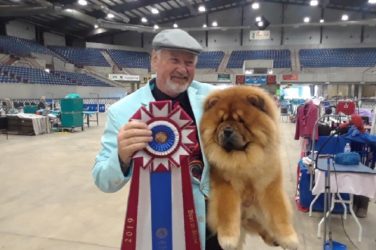 Frozen Assets From the monthly column "Thoughts I Had Driving Home From The Dog ... 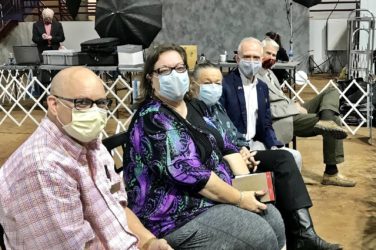 When did you decide to judge the shows in Oklahoma? How many days were ...