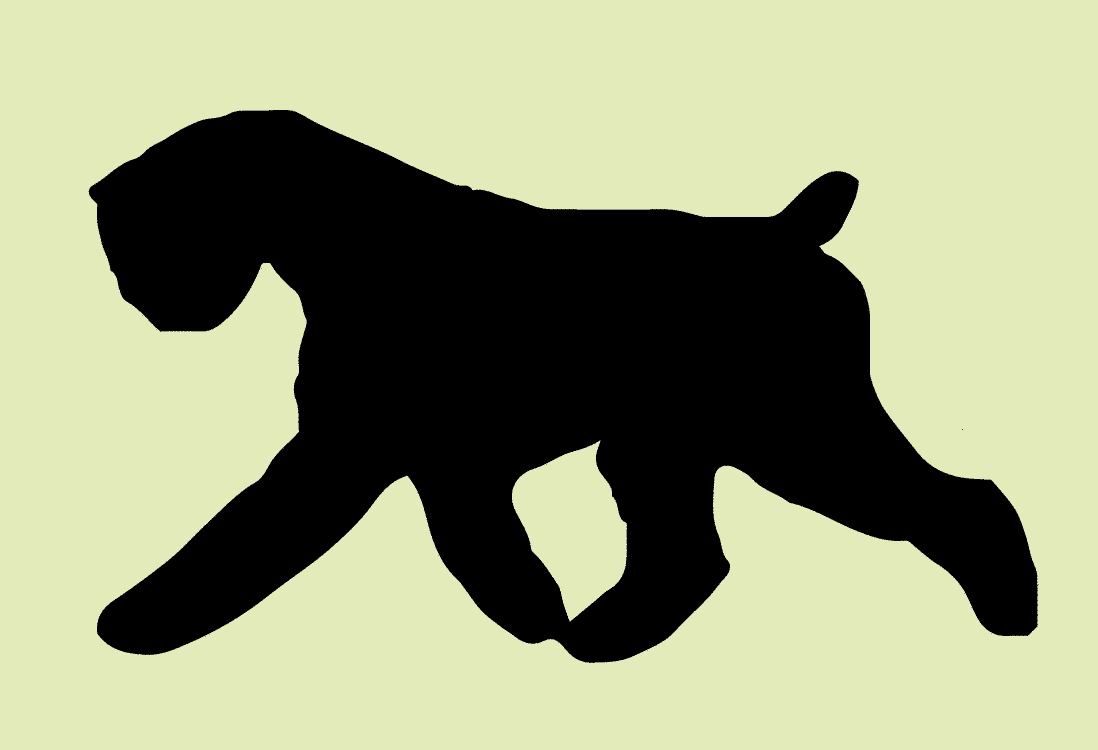 We’d like to thanks the following experts for sharing their views on the Black Russian Terrier.

HONEY ANNE GLENDINNING – I live in British Columbia, Canada in a city called Langley. Outside of dogs I do gardening, travel, women’s group and collect for wildlife rescue. I have been in the world of show dogs and breeding since 1968. I started judging in 1982 and have been an All Breed Judge in Canada for 23 years. In the United States I have three Groups: Sporting, Working and Herding, plus Junior Showmanship.

ERIC LIEBES – Joan and I live outside of Colorado Springs with our three Samoyeds, two Komondors, Greyhound, Ibizan Hound and Joan’s two horses. I retired last year after 30 years with Chevron as a Geophysicist, sometimes doing oil exploration, sometimes Research. I got my first dogs, a Komondor and an Ibizan, in 1981. The Ibizan got his Ch. and a CDX, the Komondor still holds the All-Breed BIS Record for the breed (7). I’ve had good success breeding both of those breeds since. In addition to finishing many Komondor champions and breeding several BIS and National BISS dogs I also achieved CDs on several Komondors. I’ve been judging since 1992 and am approved for all Hounds, Working, and Herding breeds and 16 Sporting breeds. I have been judging Black Russians since they joined the Working Group in 2004. Their many similarities to Komondors in body and temperament make them seem like a “home breed” to me.

GARRY NEWTON – I currently live in Richmond, Texas, which is outside of Houston. I have a diverse life outside of dogs which includes being the Director of Nursing specializing in Pediatric care, a bronze sculptor, a firearms instructor and competitor and a published fiction novel author. What time I have left goes to the dogs. I grew up with dogs, but did not start in the sport of purebred dogs until 1975. I started judging a little over 20 years ago.

SUSAN DIVINE SHOLAR –  I now live in New York. As for my life outside of dogs— is there such a place? I presently serve on the board of two parent clubs, I am the delegate for the Black Russian Terrier Club and am on the Delegate All-Breed Committee and I set up the AKC Groomer Certification program and travel the country teaching the AKC Groomer Safety course. I am proud to say that this is now on the AKC website Education section. I hate the travel part, but I love teaching and I love meeting new people at every trade show I attend as well as seeing old friends. I have been in dogs for 45 years showing, certified professional handler, breeding and have been judging since 1997.

1. Describe the breed in three words.

AG: To me when I look into the Black Russian Terrier ring I want my first impression to be powerful looking, well boned and balanced. Then on the first go around I need to see a strong, capable dog in command of the ring.

2. What are your “must have” traits in this breed?

AG: I need to see bone in harmony with the body. Never do I want to think, ‘It could be better with more bone to fit its height or lack of body.’ When I go over the dog I want my hands to tell that it all matches, then I can get into the individuals and their structure.

EL: A large, off-square dog with lots of substance in head, bone and body. The Black Russian’s coat, trim and outline are distinctive. It must have well-balanced strong movement.

3. Are there any traits in this breed you fear are becoming exaggerated?

AG: Each breed was bred for a purpose. Movement is a great part of this. Both breeders and judges alike need to see breeds doing their job to truly understand what their movement should be. I have seen many breeds have wide-open gaits that would be useless doing their job. Never breed or judge for fashion; breed and judge for breed purpose.

EL: No, the Black Russian Standard does a good job describing the breed and I think we are seeing dogs that meet that standard.

GN: Some try to improve the breed by grooming, rather than improving the dog under the hair.

SS: Grooming, but nothing within structure.

4. Do you think the dogs you see in this breed are better now than they were when you first started judging? Why or why not?

AG: There are a couple of things that have definitely improved. When the breed first entered the AKC and CKC ring, they were mostly imports. One thing that went against them was what language they understood. It sounds odd, but when English is not the language any dog is used to hearing, it affects them. To an import we sound different, we smell different (mostly from the food we eat) and dress or look different in body structure.

Another thing was some these dogs came from breeding kennels and not used to the North American way of being shown. I once had five in my ring and had to excuse three of them, as I could not get near them. I could see they were of good quality, but very unhappy to be there. I am not seeing that any more—great progress.

EL: We see good rears and solid backlines, which do not roll more now than when the breed first came into the Working Group. Even now, many young dogs need to improve their musculature and soundness in the rear.

GN: Generally, I think that the breed has improved. There is a stabilization of breed type. I also see some negatives with straight upper arms and lack of bend of stifle resulting in less-than-good angulation in the rear.

SS: Not necessarily. “Tuz”, the first one brought in from Russia, was breath taking in every sense of the word. Now we have more dogs and many just as good looking. There is still some overall work to be done, but I am proud that our breeders have, for the most part kept quality up and are still striving to maintain or improve on our breed.

5. What do you think new judges misunderstand about the breed?

AG: New judges need to know this is a breed different from any other breed in the Working Group. It might resemble at least one other, but it has its own virtues. It is only to be judged against other Black Russians in the ring.

EL: Good bone and substance are mentioned in the Black Russian standard many times. Without that, breed character is lost.

GN: They are not Giant Schnauzers. I believe that judges also reward the generic rather than the breed specific far too often.

SS: This is not just a tall breed, it is a large boned breed and not one that has an Afghan gait.

AG: While at their National dinner a few years back, the group discussed the examining of this breed. One very important idea was raised and a solution was found. It needs to be shared with all the handlers and judges. This breed has a heavy fall of coat over its eyes, thicker than most breeds. With light eyes being a serious fault and two or more missing teeth a DQ, judges have to get right in there—so to speak. To make it easier on the dog and the judge, they would like to person on the end of the lead to lift the fall so the eyes are clearly seen and then open the mouth for examination.

EL: In the 1980s we heard from our European contacts that there were black Komondors being bred in Russia. These were probably either untrimmed Black Russians or some Komondor crosses, which went into the development of the current breed. Certainly the steady, courageous demeanor we see in good Black Russians could have been borrowed from Komondors.

GN: I had the honor and privilege of judging the Black Russian Terrier National a few years ago. It was one of the highlights of my judging experiences. The sheer quality and quantity of the entry was a memory I will never forget. The breed is very special and the owners and breeders are obviously dedicated and devoted to the breed.

SS: Temperament is very important, which is why the Russians disqualified the Black & Tans. They found that the dogs with the Rottweiler/Airedale markings were of questionable temperament.

7. And, for a bit of humor: what’s the funniest thing you’ve ever experienced at a dog show?

AG: So many funny things happen to all of us. When I just started to learn how to handle dogs, my instructor said, “When the judge is at the front of your dog, go to the back. Then when they are at the back, go to the front.” Well I was up against another open dog and I wanted to do everything right, so I went to the rear quickly as he went to the front. There was one small problem. I had not held onto the lead and Gulliver ran out of the ring. The judge said to me, “I thought you had the dog?” I said to him, “I thought you did,” I did not know what else to do so I said, “Well did you like the way he moved?” I did not win and never let go of the lead again.

GN: I’m not sure if it was funny, but definitely fun. I went to judge in Arkansas and there was a ZZ Top concert on the show grounds—adult beverages, food and great music the night before the show was a special treat.

SS: In Emil Klinkhardt’s ring (that was many years ago), an exhibitor could not hold on to a slipping slip. She finally let it go and stepped right out of it in her gate. Along comes Kim Griffith behind her, the gallant man that he is, and, without missing his stride as well, he scooped up the slip and put it in his pocket. He returned it to her outside the ring. Funny, now that I look back on this so many of the humorous dog show stories I experienced involved Emil.

Remembering Miss Dorothy Nickles – The Standard for Dog Fanciers has no Age Disqualification.

Soft Coated Wheaten Terriers: To Trim Or Not To Trim? 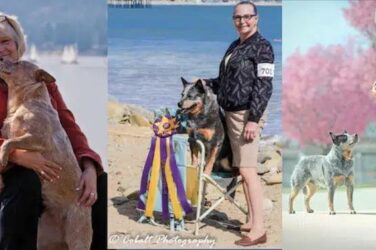 We asked our friends in the purebred Australian Cattle Dog community to answer some ... 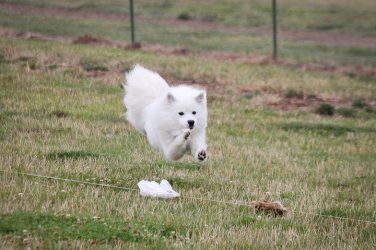 Get to Know the Amazing Eskies 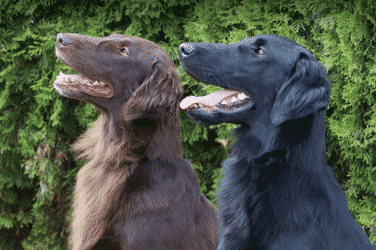 A Discussion on Flat-Coated Retrievers

We asked the following questions to various experts involved with the breeding & showing of Flat Coated ... 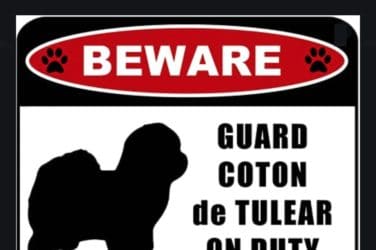 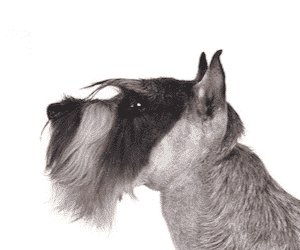