The best solution to a problem is often the simplest. Remember luggage without wheels? Me neither. Ever since that first passenger strolled through an airport terminal with a freewheeling “Rollaboard” by his side, the days of the hardshell suitcase were numbered. Virtually overnight, the problem of carrying heavy suitcases through busy airports became a thing of the past. And as the market for suitcases without wheels dried up, the demand for rolling luggage only grew and grew. All it took was a few casters and a retractable handle and—voila—problem solved.

Maybe the dog fancy should take a lesson from the luggage industry. Maybe the way to turn around declining registrations and shrinking entries is to put “wheels” on the dog sport to make things easier for everyone involved. Maybe there’s a way to grow the sport of dogs by trying something so doggone obvious that’s it’s never been tried before.

It’s no secret that participation at most conformation shows has been on the decline in America for more than a decade. After years of unprecedented growth that witnessed an increase in the number of All-Breed, Limited Breed and Specialty dog clubs in the late 1990s and early 2000s, interest in the exhibition of purebred dogs fell dramatically. The reasons for the sudden downturn were many and varied. An aging population, a decrease in disposable income and an increase in personal expenses, a dearth of affordable show sites (particularly in urban areas), and a growing dependency on technology all contributed to the sport’s decline. So too did competition from online registries, the influence of the AR movement, and interest in “designer” dogs. Perhaps nothing redirected the public’s attention away from purebred dogs as did images of Hurricane Katrina’s victims and the rescue movement that followed in its wake. “Rescue” dogs have since become symbols of compassion. They have all but replaced the purebred dog as a status symbol in the hearts and minds of many of today’s dog lovers.

For the entirety of its existence, the AKC and its member clubs managed to carry on with a production-based business model that all but assured steady growth through registrations. Conformation shows brought purebred dogs to the attention of the general public thereby increasing interest in both breeding and exhibition. As more and more Americans desired a purebred dog, the AKC provided proof of pedigree and a place where recognized breeds could be assembled under one roof. This system worked exceedingly well, until it didn’t. In the new millennium, the purebred dog community and the American Kennel Club must compete with an entirely new attitude toward dog ownership. To remain relevant, the sport of dogs needs to install a new “set of wheels” that makes it easier for everyone to navigate through the 21st century.

When registrations and show entries initially began to decrease, the AKC did try something different. The organization rebranding itself as a champion for all dogs, allowing mixed and random-bred dogs to compete in an ever-expanding list of performance events. The move was met with consternation from the old-guard, but it also proved prophetic. As Conformation entries dwindled, participation in Rally, Agility, Scent Work and Coursing Ability Tests grew. They expanded, in part, because they were open to any and all dogs. However, to stem the tide of shrinking show entries, the sport expected more from the people already participating in it. Loyalists were rewarded with an expanded array of Conformation titles and awards that grew to include Bronze, Silver, Gold and Platinum Grand Championships, Reserve Best in Show wins, and points awarded for Reserve Winners at National Specialties. Conformation 4-6 Month Beginner Puppy and Pee Wee Special Events were eventually offered at many shows. Many “new”
breeds were enrolled in the Foundation Stock Service and Miscellaneous Class, with full AKC recognition granted in quick succession to any number of breeds. Eventually, the sport began to resemble an overstuffed piece of luggage that had yet to develop a set of wheels. So many events were crammed into one suitcase that the sport had become nearly
impossible to carry!

Fortunately, the AKC has always done two things exceedingly well: Uphold the integrity of the registry, and approve dog shows. These are the strengths that are necessary to save the sport. Unfortunately, these pillars upon which the sport is built aren’t terribly exciting in today’s hi-tech world. Dog-loving people today are more interested in finding a dog on a match-making website than at a dog show. And who can blame them? Those websites are designed to tug on heartstrings in a way that dog shows—with all their efficiencies—cannot. So, how can we encourage people to participate in dog shows when they have so many choices elsewhere? The answer is to give them what they want.

Perhaps it’s time for the AKC to offer something along the lines of a Certificate of Evaluation that offers a fun and stress-free introduction to the organization and its activities. This non-competitive award would offer anyone with an AKC-registered purebred an opportunity to learn about their dog and its breed through a hands-on evaluation undertaken by an “examiner” approved by the parent club. This would in no way replace the Championship title, as it removes the competitive element from the examination procedure. The process would be less intimidating to the novice and easier for them to understanding. Evaluations could take place anywhere and at any time for a nominal fee. They could even be held as adjuncts to licensed events. All that would be required is for a dog owner to bring his or her AKC-registered dog to an official evaluator whose job would be to compare the dog to the standard and provide a numerical “score.” A
breed-specific scorecard could be developed by the AKC in consultation with the parent clubs, and a point system used as a basis for scoring. The Scale of Points could even be resurrected for those breeds whose standards no longer include them. Five passing scores (each totaling 70 points or more out of 100) would earn the certificate. This informal evaluation could encourage conversation about both the dog and the standard while providing a platform for interaction similar to a Meet the Breeds event. A dog need not be trained to perfection and it needn’t be groomed to within an inch of its life. In fact, the off-color dog on a flexi lead with a poor haircut and distracted manner could provide an ideal opportunity for education and instruction. The dog’s owner who walks away with a failing score could receive valuable information as to why color is important in her dog’s breed and learn how a pair of clippers can change coat texture forever. Evaluators could offer suggestions for training and introduce pet owners to alternatives for that flexi lead. Even diet and veterinary care could be discussed. Of course, dog breeders provide this kind of service all the time, but a formal certificate could convert many of today’s digital dog lovers into tomorrow’s exhibitors. It’s something
worth considering.

With so many ways to spend their time and money, purebred dog owners expect more for their devotion than two minutes in the ring and an errant point of the finger. It’s time for the AKC and the sport of dogs to get back to basics and reinvent a system that’s become too burdensome. It’s time to put wheels on the dog sport!

What’s the Biggest Misconception About Your Breed? 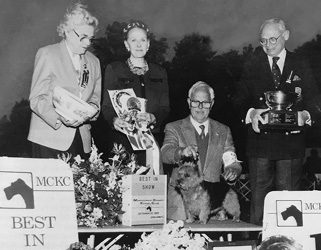 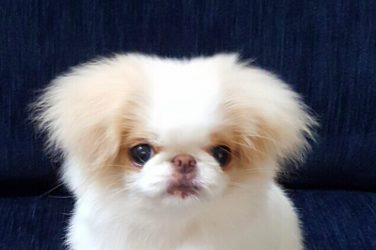 Our Own Worst Enemy – As we dealt with one of the hardest ... 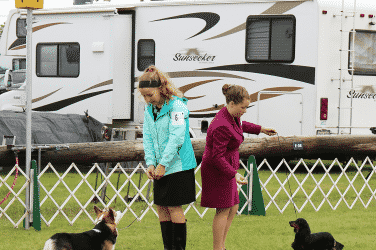