It’s an ethereal understanding between mankind and canines, a bond born in our DNA, the evolution of both species intertwined since the beginning of human history.

From the monthly column "On The Line". Originally appearing in ShowSight Dog Show Magazine, November 2015. CLICK TO SUBSCRIBE.

Some purebred dogs have strong genes for rescue (Saint Bernard, Newfoundland), some have carefully designed genes for dependable service (Labrador, German Shepherd). Some breeds were war dogs (Mastiff, Rottweiler) and others evolved by early man’s natural selection for herding or hunting instinct and if you own a Border Collie or Beagle, you understand. But all dogs, if properly socialized as puppies and lovingly owned as adults, can make that mysterious connection to their owners and when necessary, clearly communicate with strangers.

Guide Dogs, Hearing Dogs, Therapy Dogs—we know about the incredible connection those dogs make with their owners. Oh sure, they are well trained, but their owners will tell you that their dogs often “sense” what the owner wants or needs before a command is given. There are also many documented accounts of Guide Dogs sensing a danger that no one, not even the dog, could see, hear, or smell. An accident about to happen just when the owner is about to cross the street is a common example.

One amazing example: in February 2015, Nancy Franck was in Mercy Medical Center recovering from cancer surgery when, after two weeks her little Mini-Schnauzer escaped from home and traveled twenty blocks to visit her! The Cedar Rapids story made headlines when nurses spotted the little white dog in the corridor and sure enough, the hospital security camera showed her coming through the automatic doors.

It must have been a frightening four-hour trip, but the little Schnauzer was on a mission to find her mistress. Obviously there was no way she could have “tracked” Nancy to the hospital. She followed only her heart and whatever powerful senses dogs have that enables them to make “incredible journeys” to find those they love. Type in “USAtoday dog walks 20 blocks” to see security camera footage of the entering through the hospital’s automatic doors and going down the right hallway to her room!

Dogs connect with their owners on a level both usually understand but sometimes they have to get loud, even insistent, to get other people to “hear” them! That’s what Snickers did in 2013. The Canadian pet has the off-the-scale brains (and bark) of a border collie and the athleticism of his pointer ancestors. Snicker’s frantic barking in front of his neighbor’s home prompted them to call the police. The dog, still barking “hurry, hurry, this way” led police back to his house. When police peeked through the window and saw a man prone on the floor, they broke into the house. The dog’s owner, Gregory Gould has COPD (chronic obstructive pulmonary disease) and when his respirator quit working, he couldn’t breathe, and he collapsed. He was rushed to the hospital and resuscitated. But there’s more to this story.

Police pieced together what happened. The doors were locked but when Officer Garnett found the back door glass shattered and the latch broken, he concluded that “Snickers had repeatedly slammed his body into the door until it broke.” Determined to get help, the dog then had to break through the backyard fence in order to get to the neighbor’s house. Snickers was inducted into the Purina Animal Hall of Fame in 2013.

You remember how Lassie or Lad always went to get help? It’s the highlight of any movie about dogs. Believable when we were children because we “knew” dogs could and would do that. Then we got all grown up and in today’s modern world, we feed our dog, take him for a walk, and enjoy his company but thankfully, he has few opportunities to save our life.

From the monthly column "On The Line" by B.J. Andrews, ShowSight Dog Show Magazine, November 2015. CLICK TO SUBSCRIBE.

Unless he’s the dog of an adventurous athlete, a lady hiker who fell into a deep ravine, shattering her pelvis. In terrible pain, miles from any cell towers or human help, she had only a dog named Taz. Watch the 3 minute video, partially re-created, but the actual rescue footage is real and so is the dog and his owner. See below for link. It will amaze every dog owner but especially professional handlers and trainers who will appreciate the decision that dog made, on his own, one that contradicts instinct. Tears allowed.

Today, as we watch the growing conflict in the Middle East, we should note that “war dogs” are still at work. In 2012 CNN reported “the average war dog saves 150 soldier lives during its service” and while that number is astounding, with escalating violence in 2015, those numbers will increase. NATO troops have used military dogs to sniff out drugs and terrorists in the Middle East and South Asia and despite the overall attitude towards dogs there, “war dogs” are proving very effective in 2015.

For fascinating information on war dogs and how you can help retired K9s, in your search engine, type in “TheDogPlace.org war dogs”. And for the amazing hiker rescue, type “animalplanet.com videos dog saves injured owner”. 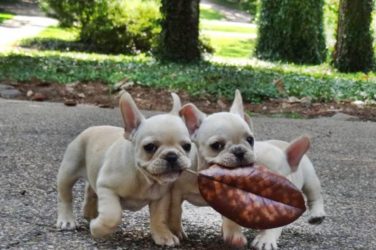 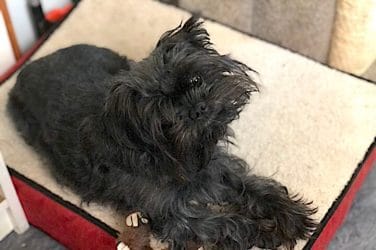 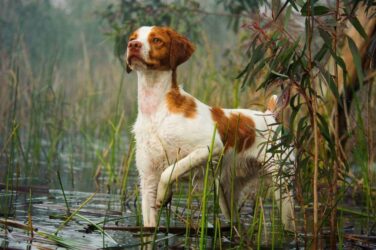 Living with the Purpose-Bred Dog

Living with a purpose-bred dog does not make for a perfect life, but it ... 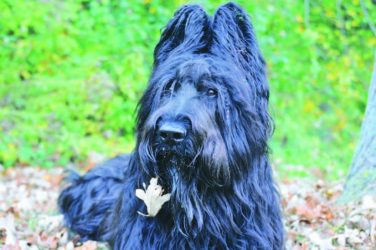 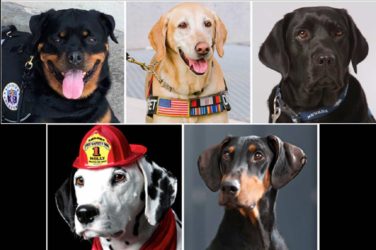