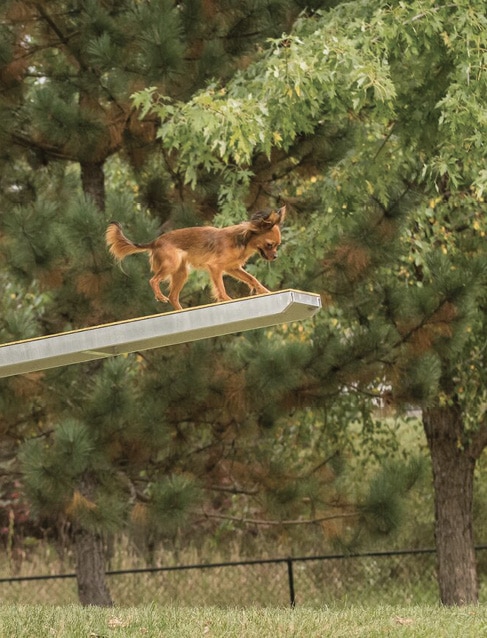 I started in agility with a small dog from a local shelter who was full of energy and enthusiasm. As he got older, I decided to start looking for my next agility dog and, of course, I wanted a dog just like my current dog. Over the years, I have had a lot of success and fun with my first agility companion, and I’ve enjoyed the company of another small, but shy, dog who did not have the structure or temperament to compete. When it came time to pick my next dog sports partner, I wanted as much of a guarantee as possible that the new dog would enjoy agility with me as well. My first dog is five pounds and has an athletic build and a lot of personality. As I looked at different breeds, I came across a picture of what could be a sibling to him, and that dog was a Russian Toy. 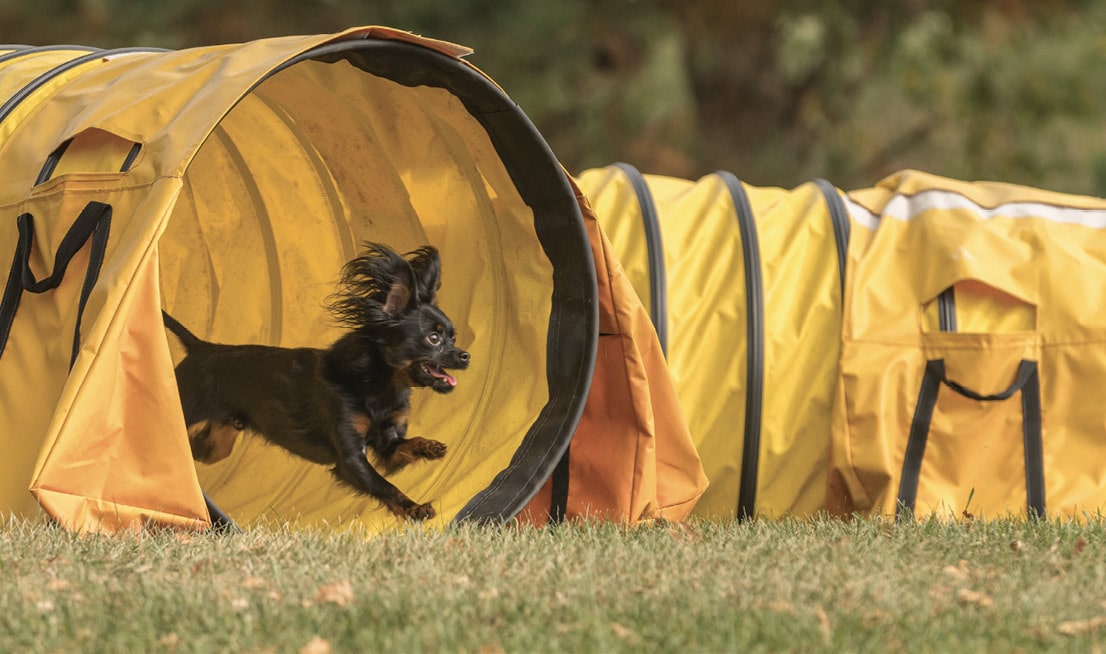 After months of research and discussion with breeders and owners of Russian Toys, I finally found my next performance partner. “Tsar” was 10 weeks old when he came to live with me, and we started our training immediately. The Russian Toy has a square build and is generally 8-11 inches at the withers, which is a good size for an agility partner. They are a lively, active, and cheerful breed, and this makes them a good companion and training partner. From the start, my Russian Toy was very curious about the world, and motivated by both treats and toys. While my first interest was agility, I quickly realized that my boy was eager to learn and experience other things as well. We began foundations for obedience and rally, and we tried out lure coursing and barn hunt. His enthusiastic heeling and focused hunting made it clear that those sports would be in my future as well. 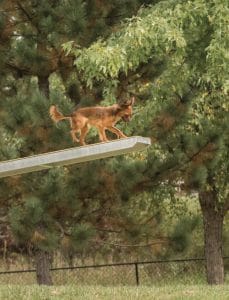 What I have noticed the most about my boy and other Russian Toys is that they are quick to learn and eager to train. As my boy’s first birthday came around, I was working on my canine fitness certification and I began working with two additional Russian Toys from a local breeder. Immediately, I realized I was seeing the same characteristics and enthusiasm for training. Shortly afterwards, my female, “Powa”, came to live and train with me. I began training her for agility and other performance events as well. On a regular basis, I visited with a number of different Russian Toys and have found them all to be eager to work for food and quick to learn new things.

Training a Russian Toy is not all smooth sailing, but it is all fun. Russian Toys have a bit of a mischievous side and their Terrier roots will appear as you work with them. I recently worked with a young smooth coat Russian Toy on the new AKC Trick Dog title. As we went through the various tricks, he never stopped wagging his tail and never stopped trying to figure out what I wanted from him. The resulting video made everyone who watched it smile. As I worked with my boy on the agility pause table, he determined that the table was the same as “down” and, several times in training, he went to a perfect down on the ground at my table command. These days he has taken to vocalizing at me while on the table as if to say, “Let’s keep going.”

Another important quality for a small performance dog is confidence, and the Russian Toy has quite a bit of that quality. I had worked very diligently on my young male’s teeter performance to make sure that he was bravely running to the end and understood that he needed to remain there until the teeter hit the ground and stopped moving. I was considering starting my girl’s training on the obstacle and, while I was weeding in my garden, I heard a “bang” and turned around to see her finishing the teeter. Then she turned around and did it again. It is such a joy to run agility with a fast, confident partner in a small package. 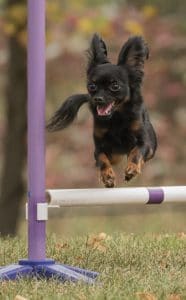 The Russian Toy is also a very social breed, and I have enjoyed having them out and about at shows and in the local area. At an agility show, my boy is positive that every person would like to greet and possibly hold him. He loves the attention. My girl has a calm demeanor that has helped her excel during her therapy dog training, and I look forward to doing visits with her in the future. I have also worked with three different Russian Toys imported from Russia, and was thrilled to see them go from cautious, but curious, to total excitement during our first meeting. All three of them fell in love with my seven-year-old daughter as well, and have adapted quickly to group class environments.

The interest in training and learning extends beyond just the performance events and translates into the show ring as well. As a puppy, my boy was convinced the judge was there to give him attention and was a bit (over) eager to interact. While my female was reserved initially, she is now much more confident as we trained and she understood what to expect in the show ring. With each new litter of Russian Toys, I see endless potential for show, performance, and pets. This small, but mighty, breed is versatile, and I am looking forward to the future as the Russian Toy moves into the AKC Toy Group in 2021. 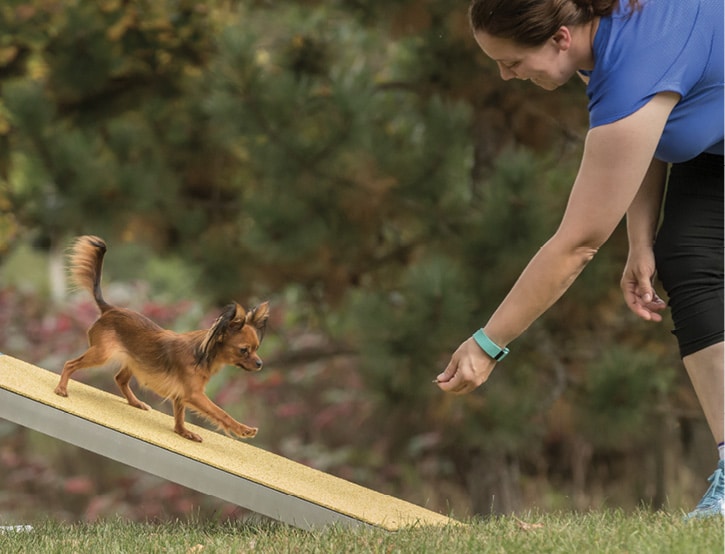 Photography by Paws to shoot 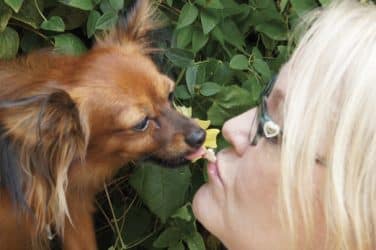