I just read a fascinating and encouraging article about inner city food banks growing fresh food for people who need assistance. One Milwaukee food bank took over a 208-acre parcel that included a 100-acre abandoned prison farm and wetlands that have been turned into a fish hatchery to stock local ponds. The Hunger Task Force, with the assistance of thousands of volunteers and about a dozen paid staff, began growing fresh produce to be distributed in a weekly farmer’s market environment for people who need assistance. For five months every year this food bank is able to offer its clients fresh, healthy food in addition to the donated non-perishable items.

In a suburban area, a local resident looked into growing produce on vacant inner city plots. His job as an insurance adjuster took him to areas of the city where sometimes kids were eating chips and soda as their dinner. But the logistics of managing dozens of tiny plots was prohibitive. Two years ago a local resident offered them a 2.5 acre parcel to use for growing fresh produce. From this small parcel, the local resident has started a garden that includes thousands of tomato, cucumber and bean plants grown mostly on trellises. All of their produce and excess produce from other local residents’ gardens is donated to a local food bank. On the days the produce is available
to clients, a volunteer from the UW-Milwaukee Extension office gives mini-lessons on nutrition and cooking with produce that may be unfamiliar to people picking up the donations. This suburban food bank also has its own tiny garden where they encourage volunteers to work tilling the soil and growing the plants.

Both of these models are win-win projects for the people who sponsor them and the people who need assistance. Volunteers are learning how to grow their own food and are getting instruction on good nutrition and cooking with fresh vegetables. It is, of course, the embodiment of the axiom, “Give a man a fish and you have fed him once; teach him how to fish and you have fed him for a lifetime.” Both are non-profit businesses designed to help and teach. Both are targeting a segment of the population that many people don’t want to think about or pay taxes to help support. Both programs are building bridges between the different segments of our predominantly
urban society.

But this is a dog magazine and what’s all this gardening stuff have to do with dogs? Let me explain how this very same model may be useful to preserve and grow our sport of purebred dogs.

As most of you know, one of my favorite things to do is teach young people about showing and breeding dogs. Unfortunately very, very few young people want to breed dogs, but there are still a few young people who want to show a nice dog. One young lady I am working with comes from a blended family in Wisconsin. Her dad is a teacher and he is highly supportive of anything his daughter wants to pursue—whether it’s swimming or showing dogs. She started coming to my handling classes with a Shih Tzu that was definitely a purebred, but not a very good conformation dog and obviously not cared for as a show dog. Since most of her interest was in Junior Showmanship when she started, the conformation of the dog was not too important. Fortunately for both of us, she was befriended by an older woman, a retired dog groomer she met at my classes, who began teaching the girl’s step-mom how to care for the dog’s coat and how to put up a passable top-knot.

The young girl kept coming to my classes and other local training classes almost every week. And she got really good. So good, that Dad decided to buy her a quality conformation show dog to show in regular conformation classes. I asked him if I could help him find a nice puppy and he agreed. His impatience notwithstanding, I was able to locate a very nice show-quality puppy for him. They bought the puppy, and the very first weekend out with him the young girl won a major. A few weeks later the puppy won BOB from the classes and got to go to both NOHS and regular group judging. The young girl is hooked—and Dad is now immersed into the world of conformation dog shows, and all the trappings that come with it. They now own two purebred Shih Tzus, various shampoos and conditioners, more brushes and combs than any reasonable person needs, top-knot bows, shears and lots of travel equipment. You know the story. One little show dog develops into a life-long obsession with all thing dogs—including supplies, training and nutrition. A world of dog-related commerce and services has been revealed to this family.

Last week the Dad sent me a text. As an African-American father and teacher, he has suddenly realized that there is a rather large world of dog-related career options that he had never before been exposed to and still would not know about if his daughter had not watched a Westminster show on TV and told her dad she wanted to do that. He asked me if I’d be willing to help him introduce some inner city kids to the world of careers in animals. His thought was that if he didn’t know about this world of pet-related occupations, chances are most kids growing up in the central city didn’t know either. A light bulb flashed in the dialogue bubble above my head.

What if we did more than just introduce the world of dogs and pet commerce to kids in a class room setting? What if we did something like open an urban doggy day care center in a location that would serve suburbanites who could afford the services and employed inner-city kids who needed jobs? What if part of the training process for employees included classes in retail management, pet-related services like grooming and show-dog breeding? What if we not only introduced these kids to dogs, but introduced them to the world of quality dog breeding and AKC competitions and performance events? What if we took the profits generated by the urban doggy day care centers and reinvested them into teaching kids how to participate in our sport?

Remember a few months back when I wrote about the AKC opening a string of urban doggy day care centers? They formed a for-profit corporation to open these centers and supposedly funnel profits back into AKC non-profit ventures. I wasn’t thrilled with the idea of the AKC opening businesses that would compete head-to-head with one of their primary constituencies. I know they could make money, but to what end? Now I think their model is wrong. I don’t know a lot of for-profit corporations that willingly donate significant profits to help non-profit functions. The non-profit functions are always the first to get cut if there is ever a market change. But a non-profit offering those services with a mission to open up an entire world of animal-related careers to a disadvantaged population, can not only benefit from the service revenue it generates through the day-care centers, it can also accept donations from people who love animals and want to help kids learn new skills. Maybe it would even be possible to capture some of the dollars spent by unwitting people who foolishly send money to other animal-oriented non-profits. Using a fund-raising model that capitalizes on cute puppies and disadvantaged children while serving a mission to educate and create jobs is a far better investment in the future of kids and the world of pure-bred dogs.

As with the well-bred, pure-bred pet-store model I proposed years ago (kind of a co-op of local breeders selling their puppies through a central marketplace), this is an idea that can actually stimulate growth in our sport as it introduces more people to our world. Give a person a spayed or neutered dog and they will have a pet for a few years; teach them how to breed and compete with quality dogs and you will invest in the future of pure bred dogs for generations. Show them how to do something, earn some money, achieve the rewards associated with breeding recognized competition-ready good dogs and you’ll have a life-long convert. Give them an alternative competition to the current dog-fighting model in the cities and you can save a lot of dogs’ lives, too.

I think one of the problems we’ve had in our recent past is that we see dog-breeding and showing as a predominantly suburban or rural activity. While this is true to some extent—it is easier to raise dogs in a less congested environment, it has excluded a huge and growing segment of our population from our world and our passion. In addition, the suburban kids we try to target to get interested our dogs have a gazillion other activities in which they can choose to participate. 4-H remains a good source of interested kids, but there are so many other options available now going into cities where the numbers of kids is high and the alternative activities is low makes some intuitive sense to me.

I don’t see this as a quick fix to the problems of dwindling numbers at dog shows; however, it is a

way to introduce another population that has been traditionally excluded from our pure-bred dog world—and I am all about recruiting newcomers into the world of dogs. I think the non-profit model holds a lot more attraction than the AKC’s for-profit model. Making money, accepting donations and teaching kids about careers with animals, all in support of our mission, sounds like a page ripped from the Humane Society’s playbook. I’m willing to give it a try and I think my young Shih Tzu handler’s dad will agree to join me. While I’d be happy if somebody at the AKC would re-think their for-profit model, I won’t hold my breath. I’m willing to try an investment in this vision. It fits well with my idea to start an academy for junior dog breeders. Stay tuned as we work through the process. It will be an adventure!

What can we do to protect the future of dog shows?

Each month we ask our readers to voice thier insight on topics pertaining to ... 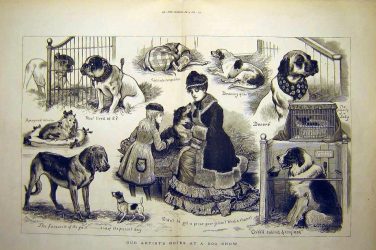 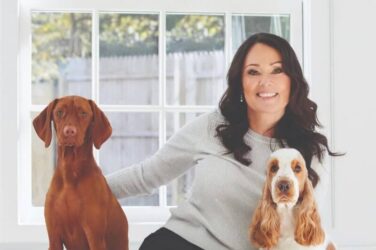 Participating in the sport and competing as a Junior Handler teaches you how to ... 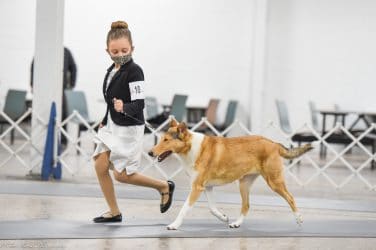 Eleven exceptional students from 10 states have been awarded the American Kennel Club (AKC®) ...