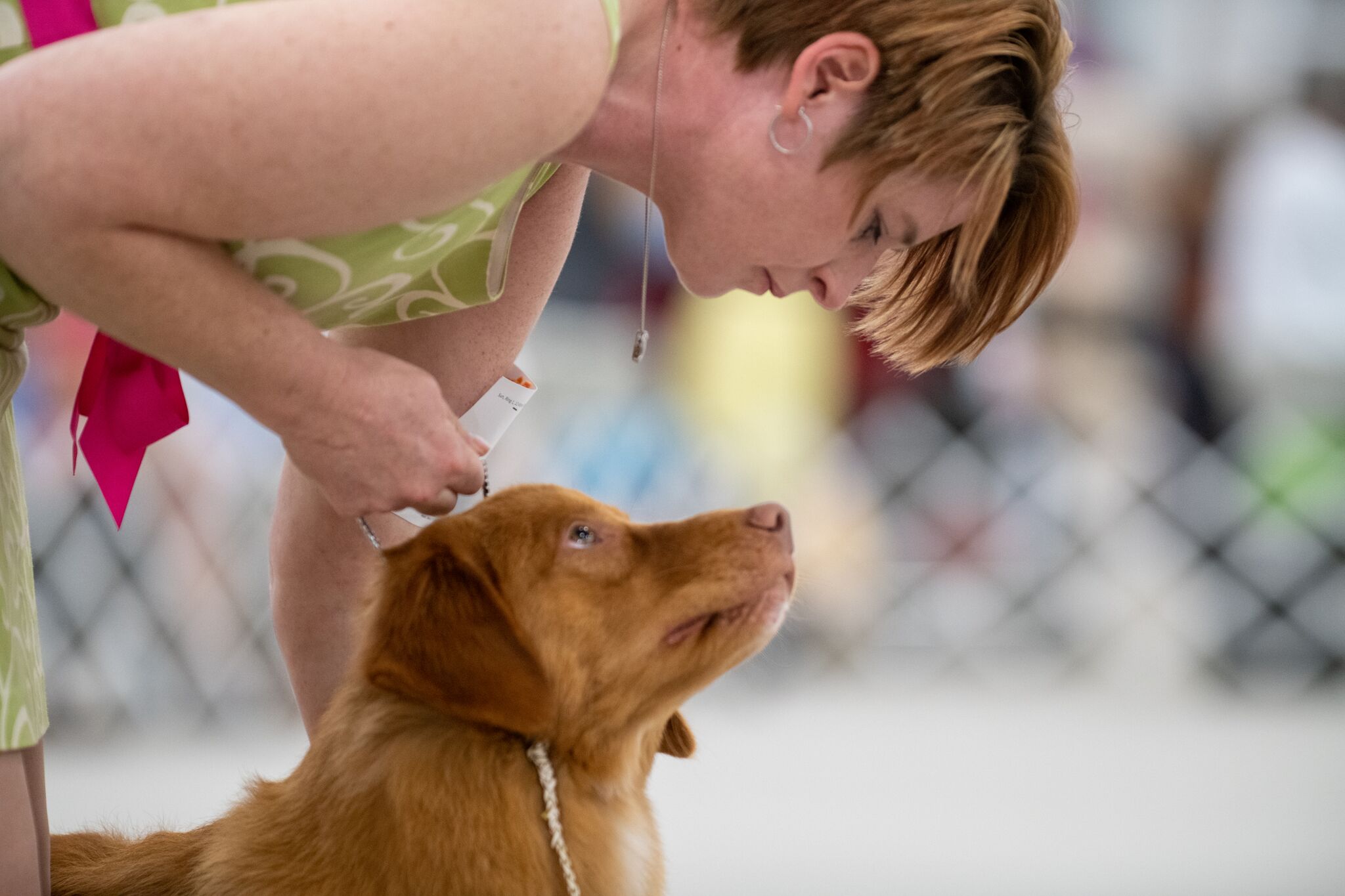 I have written about this problem before. The good news is I am hearing some good discussions begin to pop up on this topic. The bad news is I fear it’s too little, too late, or not well enough-targeted to make a difference. My first articles go back to 2011 when I started ringing alarm bells that our current breeders were going to be aging out of the business in about 10 years. Nine years later, that is happening at an alarming speed. Every year dozens of purebred dog breeders give up voluntarily or are forced by age and 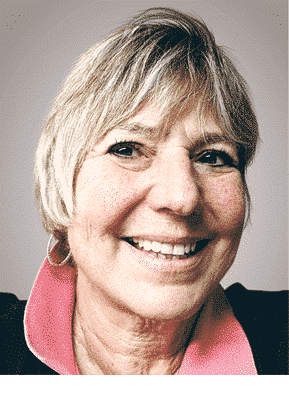 circumstance to give up their dogs. These breeders are not being replaced.

Yes, we are hearing more and more about Preservation Breeders—what we now call those of us who continue to breed purebred dogs that conform to a written standard. It’s becoming fashionable among delegates, and in some ways the idea is beginning to catch on within the ranks of AKC purebred dog breeders. Bill Shelton is even talking about starting an Association for Preservation Dog Breeders. His vision is an association not unlike those the Amish breeders have within the ranks of commercial breeders. This Association would sponsor educational seminars, break-out sessions to tackle tough issues and have vendor shows where breeders can meet some company representatives that supply a lot of the products we all use. Almost every other trade has its own association. It’s a great vision, and if anyone can carry it off, I think Bill can. I am not yet convinced it can survive in the highly competitive world we have created within the ranks of dog shows. Why would anyone spend money to fly into, say Chicago, to attend a trade show, when they can spend money that same weekend chasing points on one of their dogs to get it ranked in the top 10? Ten years ago, I was attending 30-40 shows a year, running a boarding/grooming business, and breeding dogs. I did not feel like there was enough time or money to take a weekend off to attend a trade show. Wasn’t that what our Nationals were for? Isn’t that what we did, sort-of, every weekend at dog shows, especially the benched ones? Couldn’t someone just bring that information to me rather than expecting me to find a way to get it? The short answer is no. We really need an Association of Breeders, and Bill Shelton is on the right track. We really need an Association that can guide us to become better and more prolific. We really need to learn how to become our own collective advocates. It’s important to make time for this.

In past years we had a culture that worked hard to convince us that good breeders had only one or two litters every year, and nobody could make money doing it. We have nurtured a couple of generations on these ridiculous notions, and they are still strongly embedded within our culture. Few conformation breeders ever questioned the validity of those ideas, and our breeds have suffered because of it. We have been our own worst enemy by vilifying anyone who bred five or six litters and “flooded the market” with their puppies. Those large breeders were nothing we aspired to become because they were “just puppy mills”. Of course, all the knowledge they were gaining by building their successful breeding programs with volumes of dogs, many of which went into the pet market was not considered valuable. Experience wasn’t what was important, perceived morality was. Instead of aspiring to produce many high-quality dogs that could be shown, we were convincing ourselves that quantity could never produce quality—the ultimate lie.

The AKC helped us to perpetuate the lies we believed. They did not honor breeders. They did not promote venues to reward and draw in new breeding enthusiasts. They allowed the myths to grow and multiply as long as they were making money on show entries. Conformation was a sort of cash cow for a while. It served them well—until it didn’t. As the Animal Rights movement took hold, and the public began to flock to “rescues”, the AKC did not aggressively put programs into place to support and reward the breeders it already had. It did not fight the quality vs. quantity myth that had taken hold among our hobby breeders. At least not publicly. Behind the scenes they were making deals with commercial breeders to register their purebred dogs, and they were sending professionals and breeding authorities into that commercial community, but they were not telling their dog club constituents about these things. They feared the delegate body, and very creatively found ways to work around them rather than turn them into allies to fight the fight alongside the board and staff. It was a failure of vision. It was a failure of leadership. It was a failure to take some risks to preserve what should have been it’s primary mission­—the preservation and elevation of breeders who produce dogs bred to a standard. As the revenue at the AKC shrank, fear replaced vision and advocacy. Breeders and the clubs they belonged to were feeling like the AKC was the enemy because they weren’t acting like they cared about anything we did, or thought was important. Many ex-handlers were going into their professional ranks, and the focus became how to make money, not how to focus on a core mission. They even changed the core mission to become advocates of canine health and welfare instead of advocates of purebred dogs and what makes them so good.

The environment is slowly changing at the AKC. I am thrilled to be elected to serve on the exceptional All-Breed Subcommittee within the delegate structure. That subcommittee is tackling some of the toughest issues in our business—recruiting young people into our clubs and assisting breeders in trouble to maintain their dignity and purpose before they lose everything. Last year they published and made available on the AKC website a terrific document called “Best Practices,” a document that looks at all club operations from Finance to special attractions, and identifies the practices and procedures that really work. It is a fantastic resource for all dog clubs. More breeders are being elected to the AKC Board of Directors. Clubs are taking their delegate positions more seriously and are sending some really good people into the delegate ranks. And just recently the AKC announced a Best Bred-By-Exhibitor Award available for every show that chooses to offer a best bred-by competition. For the first time in decades the focus appears to be shifting to doing the things breeders need.

As I inch toward retiring, I am seeing some movement in the right direction. But I still don’t see the elevation of breeders to the point of honor they deserve. NOHS has elevated Owner-Handlers, and I still can’t figure out the logic there other than increased entries. Without breeders the owners are irrelevant. Without breeders the entire competitive structure is irrelevant. It has traditionally been, and should remain all about evaluating the quality of breeding stock. Yes, presentation and conditioning enter into the judging, but its core remains the dogs. There is an award offered every year for breeder of the year in each group, but you should ask the AKC sometime how these selections are made, by whom, and what criteria are used in the selection process. Then if you find out, tell the rest of us. It’s a very well-kept secret. In past years Eukanuba offered a breeders’ Stakes at some shows, and those were fun, but the program was not well organized, and the selection of judges was not as good as it could have been, plus it was entirely outside the AKC show organization. Some national specialties are offering breeders stakes as a special class entry like stud dog and brood bitch, and that is encouraging. It’s also encouraging that the superintendents are being asked to add a check-off box for all bred-by dogs, similar to the check-off box for the NOHS entries so specials handled by their breeder can compete for best bred-by-exhibitor awards at a show. Maybe breed clubs could look at a top-20 competition for breeders—one that allows all breeders, not just amateurs to compete. A lot of top handler and judges are also top breeders, and they deserve to compete with their dogs.

Breeders need more support from the community that relies upon their dogs. And they need to learn how to step out of the highly competitive show arena to get the information that will help them become better and more prolific producers. In the end, chasing ribbons and points is not as valuable as truly understanding a breed’s structure, movement and unique type. You can’t ask Google for help in that area, and the knowledge will not come quickly. But it is certainly possible to learn from other Preservation Breeders who have invested their lives into producing healthy, typey dogs in a non-competitive, association-like organization. Then perhaps that organization can set criteria and selection procedures for honoring outstanding breeders. Positive changes are happening, but not as fast as quality breeders are quitting. It’s time for breeders to come together and push for what we need, and it’s time for recognition for the hard work we do every day. It’s time to move beyond the competitions of the shows and into the arena of learning and respect for knowledge. It’s time. The future of purebred dogs is now. QUESTION FOR ALL SHOWSIGHT READERS Name something in the past year that’s made you proud ...