FROM THE MONTHLY COLUMN "ON THE LINE" BY BJ ANDREWS.

Every breeder should be familiar with breeding obstacles such as vaginal strictures and stubborn hymens, which when bypassed by artificial insemination (AI) can result in a Cesarean (C-section).

Vaginal strictures are less common but more troublesome. Any good reproduction veterinarian can diagnose common problems such as these frequently overlooked factors that adversely affect canine reproduction. Even the pet-vet should be well versed in canine reproductive anatomy but with vet schools leaning towards animal rights the main “lesson” may be removal of reproductive organs.

BE ALERT FOR CYSTITIS IN THE BITCH

Cystitis is not uncommon in female puppies and in-estrus bitches. Urinary tract infection can occur when bitches come into heat or due to “germs” acquired in the vaginal-urinary tract during mating.

Frequent urination caused by cystitis can be confused with the onset of estrus, particularly when it is blood-tinged, or the reverse; estrus masks a urinary tract infection (UTI) which is easily and successfully treated with vinegar and honey as well as bee propolis!

To avoid mating problems and missed pregnancy, learn to spot symptoms of cystitis and begin immediate treatment. A female with cystitis or UTI is not going to be “in the mood.”

If you plan to breed her, be alert because by the time the male is mounting and she is resisting, it is too late for bladder treatment to be effective in time to save  the mating.

As an aside, Puppy Cystitis occurs so frequently in puppies, it is actually called “Puppy Cystitis.” Fat little bottoms, frequent urination, and well, puppies sometimes sit in the puddle… remember, it is ascending bacterial infection. Easy to treat. First, whether puppy or adult, male or female, trim hair from vulva or sheath, especially that little tuft on the end. Then trim away adjacent hair that might contact the urinary orifice.

Wash the genital area twice daily for a few days. Treat systemically with apple cider vinegar in her drinking water, about a teaspoon to a pint. Some say cranberry juice, but it is better to avoid the sugars in the juice. Old-fashioned unfiltered apple cider vinegar, preferably with the “mother” intact, is always a better choice and cures simple cystitis. Make sure there’s nowhere else she can get untreated water—like the commode. Give vitamin “C” which also acidifies the urine. Tablets easily administered in cream cheese or peanut butter, about 2 mg per pound, proportionately less for a toy dog, slightly more for giant breeds.

Treat for five or more days (at least 36 hours after symptoms are gone), during which time you can skip a vet trip for acidifiers, antibiotics and not being told to clean up the genital area which is where an ascending bladder infection begins! If your bitch has previously experienced cystitis, don’t wait for symptoms; put her on apple cider vinegar and vitamin “C” as soon as she comes into season. Ideally the cystitis will resolve well before she is ready to breed and she should be receptive to the stud dog. If she continues to strain to urinate or show other signs of urinary irritation, then do take her to your vet.

Call it what you want but if the stud dog is trying and the bitch is willing but a tie isn’t happening, a stubborn hymen may be the problem. If you’re assisting and the penis actually seems to “bend” as though hitting a brick wall, the problem is almost sure to be a tough hymen or vaginal stricture.

A digital exam should enable you to feel the restriction but take her to the vet just to be sure there’s no vaginal deformity. A thick hymen is common in some breeds and it is not a big deal if you have a competent vet who doesn’t try to turn it into major surgery. Do not leave her. This is a ten minute procedure; a vaginal exam, a quick snip and it’s done. She does NOT need anesthesia, not even a tranquilizer unless she’s nuts in which case, she shouldn’t be bred anyway.

Ask your vet to just go in there and incise the hymen. The in-heat bitch won’t mind, in fact, an estrus bitch usually responds to a little pain back there by tilting her pelvis and flagging. Reassure and steady her and she will stand while he performs the two-minute surgery. Take her immediately back to the stud dog so he can effect a tie before soreness sets in. She’ll be a little tender the next day but the day after she should welcome another mating.

BREEDING YOUR BITCH WITH ARTIFICIAL INSEMINATION

Understanding the above, you will understand why I consider AI a potential problem that novice breeders and even some veterinarians fail to take into consideration. If you have a willing bitch but an aggressive stud dog can’t penetrate enough to tie, the whelps could have difficulty getting past the stricture. You may have noticed a pattern between C-sections and artificial inseminations after a difficult mating. The cervix opens and relaxes during labor but I’m not convinced that will always allow the fetus to rupture the hymen or pass by a vaginal abnormality. If the stud has a problem penetrating, take her to the vet. You need to know what the breeding problem is (and fix it) before you do an artificial insemination.

In the 21st century, AI is common practice. It may be the busy stud owner’s choice which is understandable although I believe that perpetuates reproductive problems. Does he lack virility? That can be hereditary. Shipped semen can hide a multitude of behavioral problems that can be medicated during exhibition. Sorry, but stable temperament in the most important consideration in any breeding. Bitches are rarely shipped nowadays but if you ship or drive her to the stud owner, ask the experienced stud owner’s veterinarian to do a vaginal exam while she is in full estrus just to make sure that a natural tie would have been possible. Don’t risk being surprised by a maiden bitch that runs into whelping difficulties. It’s a matter of priorities—literally “first things first.” Solve a mating problem and the whelping should go smoothly.

Electromagnetic fields (EMF) can be “natural” or caused by high voltage power lines and either way, they can interfere with milk production and cause other hard-to-diagnose problems. In a highly publicized 1980s lawsuit in Wisconsin, the power company ran new high voltage lines across grazing land in order to serve a burgeoning subdivision. The exposed dairy herd suffered among other things, hooves so grossly deformed that most had to  be destroyed.

Underground Water Veins and Ley Lines: There are other environmental elements which can adversely affect dogs. Underground water veins can cause cellular vibration not unlike the way a microwave “cooks.” Symptoms range from mildly restless or nervous to deadly serious fertility, orthopedic, neurological, and behavioral abnormalities. Personality aberrations become more noticeable when estrus is imminent and both breeding bitch and stud dog are naturally stressed.

High-tension Power Lines: This site was the first to document the detrimental effects of constant exposure to such power lines and since the 90s, they have increased ten-fold. If your stud dog isn’t doing well, move him to the opposite end of kennel and locate a good dowser. This is first-hand advice! Some dogs are more sensitive than others. There is now a great deal of medical literature on the effects of EMF exposure in humans so if your bitch has flakey seasons or you suddenly have a dud for a stud, consider the possibility of electromagnetic fields and look it up. Also look UP and AROUND your property!

Fluorescent Lighting: I once bred Bengal cats, and we built an elaborate cattery but a breeder friend warned that my stud cat would become “crazy” and ultimately infertile under fluorescent lights. It was as though a light bulb came on! I realized that our dispatcher, who had been with us for years, had begun to have “nerves” and odd ailments including irregular menstrual cycles. I looked at the newly decorated dispatch station that had two huge fluorescent lights overhead. We removed them that week, had incandescent track lighting installed, and her symptoms gradually disappeared.

Hopefully someone reading this will put two and two together and a dog (or horse) will be spared. Modern Science has many partners but unfortunately we seldom make use of them or worse yet, science sometimes gets in the way of common sense. For your own health and that of your dogs, learn about ley lines and the Effects of Magnetic Fields. Just type “thedogplace.org magnetic fields, EMF” in your browser. The Breeder/Owner-Handler Team - In the breeder/owner-handler arena, I’ve been privileged to have many ... 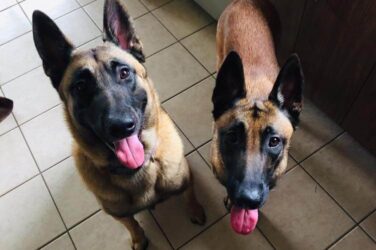 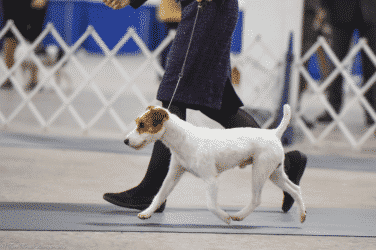 Showing our young dogs is a testament to our great breeders and our goals ... Judith M. Russell was presented with the 2022 AKC Breeder of the Year award ...