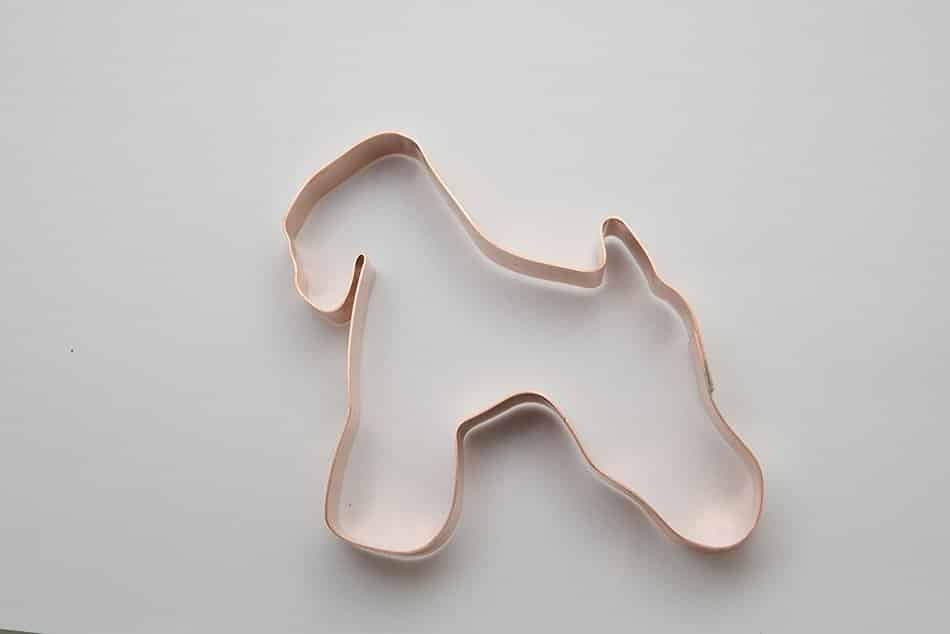 In the late 1960s, we were living on Long Island and looking for a non-shedding dog in addition to our Pixiecroft-sired miniature Poodle. Attending the Westbury Kennel Club show, watching the Miscellaneous Class, we fell in love with what was then called the Soft Coated Wheaten.

Note that the word “terrier” was omitted from the name. Good thing. We had two young sons—we would never consider a TERRIER! Billed as a miniature sheepdog, these were shaggy, happy, fun-loving, medium-sized and non-shedding. Perfect for a young family. After nearly three years of following the breed, we finally acquired our first Wheaten: Legenderry’s Iollann the Fair, ROM, pick of the first litter sired by Jackie Gottlieb’s Ch. Stephen Dedalus of Andover (“Sweeney”), who was to become the watershed sire of our breed.

He was personality-plus crowned with a glorious, untrimmed, silky golden coat and I was hook, line and sinker in love. I told my husband if I ever left him for another male, it would be for this dog!

Sweeney’s pretty, golden sheepdog look changed the course of Wheatens at the time as it had great appeal to the meticulous housewife and stay-at-home Moms and that’s what most of us were.

My “mentors” in the breed were in it maybe two or three years longer than I. None of us were “dog people”, coming to Wheatens from other breeds. We were a bunch of PTA Moms learning as we went. AKC recognition was a distant goal; for now, we’d show in Miscellaneous, get our ribbon and go home. We proudly wore our t-shirts that read “I Love Wheatens NATURALLY!” and aimed for the Non-Sporting group to allow us to retain the untrimmed look.

Meanwhile, across the Delaware River, in Pennsylvania, lived our arch enemies: “The Trimmers”! The Trimmers believed these were terriers and thus these heretics trimmed the coats and docked the tails to a length more in keeping with a handle of a vermin-hunter— rather repugnant to Non-Trimmers who worshipped the long, flowing locks of our pretty house pets.

We docked the tails quite short—á la Sheepdog—and the length of the tail alone revealed on which side of the Delaware the dog had been bred. Judges said they looked like two different breeds. In 1973, recognition came and we were assigned to the Terrier Group. While most of us were figuring out Reserve Winners, the race to finish the first Champions began.

Jackie turned Sweeney over to the venerable Cliff Hallmark to handle; Cliff picked up his scissors and turned our mascot into a TERRIER! The halcyon days were over. The two factions made peace and reluctantly, we began to trim and, with many variations along the way, eventually developed the look of today: six hours of studied naturalness!

Fortunately, from our original Standard to the current, the mantra remains the same: The Wheaten is a natural dog and must so appear. Our Standard states, “Coat: A distinguishing characteristic of the breed which sets the dog apart from all other Terriers. The Wheaten is presented to show a terrier outline, but coat must be of sufficient length to flow when the dog is in motion.” It adds, “Dogs that are overly trimmed shall be severely penalized.”

We count on the judges to preserve that distinction. We’ve come a long way since then, and a square Wheaten with a bang-up tail and a silky flowing coat is a joy to behold. I must confess, however, that when I see a five-month-old untrimmed puppy with that mini-Sheepdog look, my heart still melts.

Thoughts on the Border Terrier 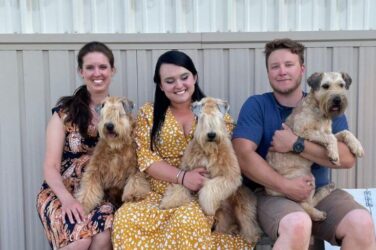 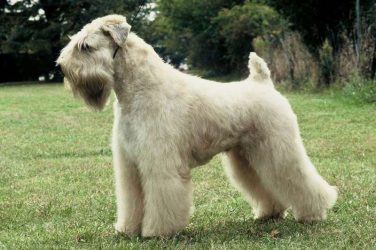 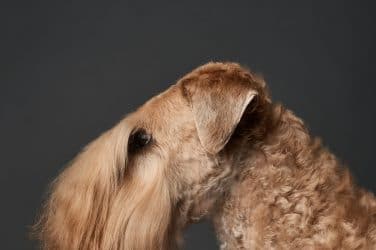 Soft Coated Wheaten Terrier | What's Under that Coat?  There’s a sound and well-structured ... 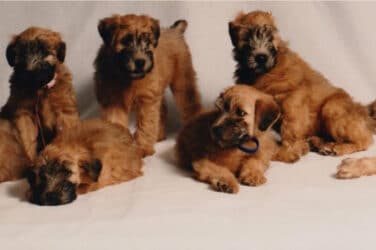 Show Grooming a Kooiker | Before jumping into the Nederlandse Kooikerhondje grooming world, we ...