When describing the Alaskan Malamute, nothing stands out in my mind more than the description in the summary paragraph of our breed standard. “In judging the Alaskan Malamute, their function as a sledge dog for heavy freighting in the Arctic must be given consideration above all else.” The Alaskan Malamute came to us from the Mahlemut Inuit tribe that lived in the Norton Sound area of Alaska. They were hard working dogs yet affectionate to those who provided them care. In the early development of the breed other similar lines were added to form the dogs you see today. For this reason you will see a variety of styles in this breed and all are acceptable.

The Alaskan Malamute’s function is to haul heavy freight over long distances. Your first impression of the
Malamute should be one of a powerful, well muscled, athletic dog. They stand well over their pads showing alertness and a proud carriage. Rarely do they stand like statues as they are always ready for what comes next.

The ideal freighting size of the Alaskan Malamute is 25” at the shoulder for males and 23” for females. The standard clearly states that “Size consideration should not outweigh that of type, proportion, movement and other functional attributes”. You will see a range of heights in the ring but please remember that bigger is not better. Body lengths are longer than tall and compactly built but not short coupled. Dogs should be well muscled and in excellent condition with no excessive weight.

The head of the Malamute is broad and deep and should be in proportion to the size of the dog. Their eyes are obliquely placed, almond shaped and preferably dark brown. The only breed disqualification is blue eyes. The ears are of medium size though they often appear small due to their standoff coat which covers the base of the ears. The ears are triangular in shape and slightly rounded at the tip. The ears are placed on the outside back edges of the skull and point slightly forward. They are placed wide apart with the outside edge of the ear in line with the outside corner of the eye. This placement is a distinct difference from the Siberian Husky. The muzzle is bulky and tapers very little from skull to the nose. Pigment is black in all colors except red dog where brown is acceptable. A snow nose is often seen in winter and is acceptable. The jaws should be broad with large teeth that meet in a scissors grip.

The Malamute must have a strong moderately arched neck which blends into a back that is straight and slightly sloping into a hard, well muscled loin. The tail is moderately set and follows the line of the spine. The tail gracefully arches over the back when they are not working. It is not a snap tail nor curled tightly over the back but a well furred waving plume. When working and often in the ring, the Malamute will drop its tail to a more horizontal position. The forequarters and hindquarters should be moderately angled, balanced and well muscled. Forelegs are straight with short, strong pasterns. The rear assembly has moderately bent stifles with well let down hocks. Good feet are paramount to a functioning sled dog. Feet are referred to as snowshoe type. They are somewhat longer than a cat foot. Feet are large, tight and well padded. The only trimming allowed in this breed is that done to provide a clean cut appearance of the feet.

One of the most important survival characteristics of this breed is the thick, course guard coat with a dense woolly undercoat. Guard coat can vary in length but is never long or soft. The quality of the coat is far more important than the length. A Malamute sleeping out in a snowstorm may be covered in snow by morning and upon waking will rise, shake the snow off and never be wet. Like other double coated breeds, the Malamute will shed its coat in the summer and a good dog should not be overlooked when “out of coat”. Coat may vary in color from a light gray to shades of black, sable and red. The only solid color allowed is white. White is always the predominant color of the underbody, parts of the legs, feet and part of the face markings. We allow for a wide range of attractive facial markings including a blaze, star, bar or goggles. Markings need not be even. The Malamute is mantled and although he may have a white collar, half collar or nape spot, uneven or broken color over the body is undesirable.

To effectively evaluate the structure of the Alaskan Malamute you must be able to watch them in motion. If they are well built and balanced they should move effortlessly when trotting. They are powerful dogs but it should not look like it is hard work to get around a ring. The Malamute should be shown on a loose lead for a good working dog will drop their head, allowing for the best extension of their front assembly and this should be balanced with a strong rear drive without excessive rear kick. Their motion must be balanced, effortless and efficient. When viewed from the front or rear the legs will converge as speed increases.

The Alaskan Malamute is an affectionate dog and is easy to approach. You will often find yourself admiring a ring of wagging tails. They may not however be best friends with dogs of the same sex and it is important to maintain adequate room between dogs and never crowd these dogs. Bitches in season can often cause males to be edgy and if one starts to make a grumble others may follow. Give dogs adequate room and divide classes when necessary.

Remember it is the functional characteristics of this breed that are to be given consideration above all else. As the standard says, “Any indication of unsoundness in legs and feet, front or rear, standing or moving, is to be considered a serious fault.” 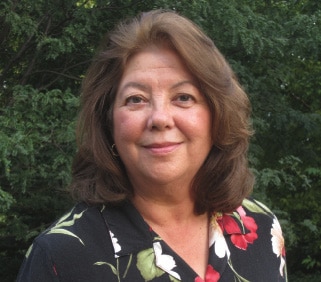 Shilon Bedford and her husband David have raised Alaskan Malamutes under the Black Ice name since the early 80’s. They are best known for producing top working sled dogs that are equally competitive in the show ring. Shilon is currently the head of the Alaskan Malamute Judges Education Committee. She judges the Working Group, a portion of the Toy Group and several Non-Sporting breeds.

Q & A: The Alaskan Malamute

We asked the following questions to various experts involved with the breeding & showing of Alaskan ...