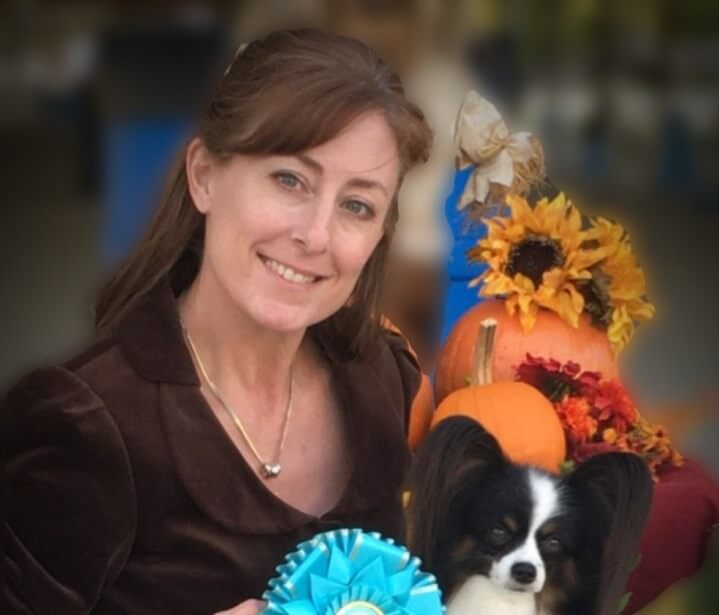 Where do I live? How many years have I been an Owner Handler?

Elizabeth Abate: I live near Richmond, Virginia. My dog show experience as an Owner Handler started at 12 years old in 1981 when my parents announced they were getting me a dog. It would be an (American) Cocker Spaniel and I would be training it in Obedience, they said. Luckily my parents were knowledgeable enough to find a responsible show breeder for what was expected to be our family pet.

Training and competing in Obedience led to Junior Showmanship, which led to Conformation. My parents provided the transportation and the entry fees, and I was expected to do the rest. So, I learned to groom, train, and handle our Cocker Spaniels, which had started to grow in numbers. I competed as a teen against many Professional Handlers and was helped along the way by some of them.

How did I get my start in my breed? In the sport?

Elizabeth Abate: In the years since I started in dogs, I have shown and trained various breeds in Conformation, Agility, and Barn Hunt. Besides Cocker Spaniels, I have owned, shown, and sometimes bred Bernese Mountain Dogs, Australian Shepherds, an English Springer Spaniel, Soft Coated Wheaten Terriers, and most recently, Papillons. One of my Wheaten Terriers was the No. 1 Agility Wheaten for several years and competed at the Eukanuba Agility Invitational in Orlando.

Elizabeth Abate: While I have loved all of my dogs, Papillons have captured my heart. I was lucky enough to start out with a long-time breeder, Forrest Johnson, who trusted me with two of his Papillon puppies. I finished both of those dogs’ championships, but one of those Papillons would go on to exceed my wildest expectations. That dog is GCHP CH Zelicaon Kingsman MX MXJ NF RATN, called “Eggsy.”

Is there a story behind my decision to show my own dog?

Elizabeth Abate: We got Eggsy after my husband, who originally “didn’t want any little rat dogs,” decided that we needed another Papillon. Eggsy would become my husband’s best friend and become more successful than I would have ever dreamed. Eggsy started in the 9-12 Month Puppy Class in Louisville, Kentucky, where he won a 3-point major. He was such a nice dog that I figured his championship would happen quickly. But it was not to be that easy.

Shortly after that win, Eggsy experienced an incident with a larger dog on a walk with my husband in our neighborhood. Not physically injured, Eggsy became fearful. Now in the ring, his tail would be down. The Papillon Breed Standard is very specific about tail carriage, and several judges told me they wanted to give him Winners Dog but just couldn’t. I understood and respected their decision.

We worked for months with Eggsy. We went to handling classes and brought in his Papillon brother and my husband during class. We offered all kinds of yummy food and anything else we could think of to help Eggsy overcome his fear. I thought about giving up many times. A behaviorist was finally able to make a breakthrough, and Eggsy started back on the road to be the happy dog he had once been. This took more months of work, managing his interactions at shows carefully and making sure he had only good experiences.

After finishing his championship, over time, Eggsy began winning Best of Breed awards against top-ranked dogs handled by the biggest names in Papillons at shows all over the country. Along the way, he earned his Platinum Grand Championship title. Eggsy was in the Top 3 Breed and Top 4 All-Breed Papillons in 2020 and 2021, winning many Group placements and multiple Group Firsts. His Reserve Best in Show is a win I will always remember.

For me, any extra time I get to show my dog is a bonus, so I also entered Eggsy in the National Owner-Handled Series any time that it was offered. He has his Platinum Owner-Handled title now. During Eggsy’s NOHS career, he has won 23 OH BISs and 21 OH RBISs. He has been the No. 1 NOHS Papillon from 2019 to 2022. His crowning accomplishment was becoming the 2021 No. 1 All-Breed NOHS dog in the country. Eggsy is semi-retired now, but will be attending Royal Canin and the NOHS Finals this year.

What makes showing my own dog so special to me?

Elizabeth Abate: To be very honest, I love showing dogs. Don’t get me wrong, I get nervous, frustrated, discouraged, and tired sometimes. Over the years, I’ve had stops and starts, changed breeds, got married, raised kids, and held down several jobs. But being involved in dogs is such a large part of who I am that I could not imagine my life without dogs or dog shows. The bond that forms when you put so much time and energy into creating a team with your dog cannot be duplicated. That is why I’m an Owner Handler.

In my opinion, is there a secret to having a great dog/handler partnership?

Elizabeth Abate: For me, it is about doing whatever your dog needs. Your dog must be able to trust you and understand your expectations. Never take your emotions out on your dog. If your dog isn’t having a good time, it will show in his performance. Even after over 40 years, I’m always a bit nervous before I go in the ring. But once I cross the ring gate, I only focus on making my dog shine.

Do I compete in the National Owner-Handled Series? If so, for how many years?

Elizabeth Abate: I have officially shown a dog in NOHS since 2017.

Elizabeth Abate: Since Eggsy is in semi-retirement, my only goal for 2022 was for him to be the No. 1 NOHS Papillon. For 2023, I will be working toward finishing his Masters Agility Champion title (MACH). I am also excited to begin showing an Eggsy daughter in 2023.

Am I going to Orlando? If so, what’s it like to have a top NOHS dog this year?

Elizabeth Abate: This will be Eggsy’s last year at NOHS Finals and will mark his official retirement. It will be bittersweet, no matter the outcome of this year’s NOHS Finals. Showing Eggsy has been a dream come true for me. His success has exceeded all my expectations.

Just for laughs, do I have a funny story that I can share about my experiences as an Owner Handler? 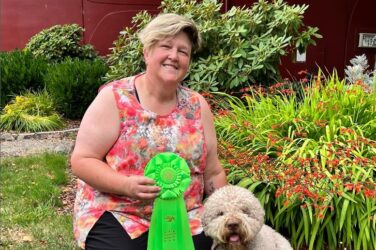 Insights from an Owner Handler, Erin Fogg. Read about her opinions on various topics ... 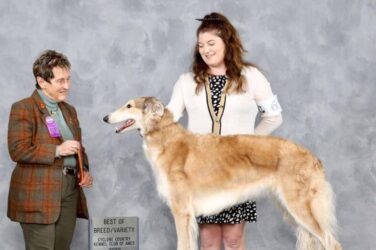 In the Ring With Owner Handler Janet York

Insights from an Owner Handler, Janet York. Read about her opinions on various topics ...

How important is it for owner handlers to understand their breed’s standard? In this ... 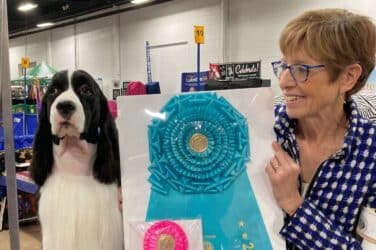 Having a supportive group of dog show friends can make showing dogs a lot ...