The following is a listing of dogs that we suspect to be dogs that influenced the Boerboel.

The earliest evidence for the presence of a domestic dog in Southern Africa has been established by Dr. Ina Plug, Deputy Director of the Transvaal Museum, from remains found near the Botswana border. The remains of a Khoikhoi dog, known today as the Africanis, were dated to 570 AD. 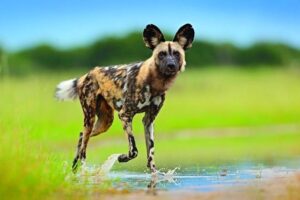 The African dog most often mentioned by authors in a list of dogs that influenced Boerboel  gene pool are the Khoikhoi or Khoisan dogs. The Khoikhoi migrated from the Great Lakes Region of Eastern Africa centuries ago and brought with them a dog of undistinguished appearance that is described as small-to-medium-sized, measuring about 45cm tall. They appear in various ancient rock art in Southern Africa.

The “Jan van Riebeeck Bullenbitjer” (1652) was mentioned on a ship’s manifesto upon departure from Holland, but not again on the off-loading manifesto. It is, therefore, unknown if the dog survived the journey. The juicy story is told that van Riebeeck was living in a castle or fort and, if the dog had survived, he would not have been able to establish the breed from behind the walls of this castle. The truth is that the castle was just a mud hut that was built upon arrival, and 19 of Van Riebeeck’s companions died during the first winter because of the cold and wet conditions of the hut. If the original dog did not survive the journey, others may have. I found literature that indicates there were other Bullenbitjers on ships that followed van Riebeeck and these could have survived their journeys. 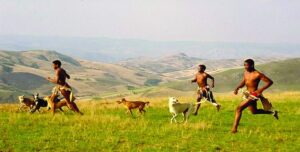 “The African dog most often mentioned by authors as a potential contributor to the gene pool of the Boerboel are the Khoikhoi or Khoisan dogs.” 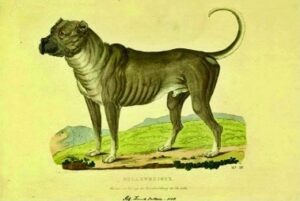 In an article in the Agricultural Journal of the Cape of Good Hope, Volume 34, Issue 2 Feb 1909, p 186-188, a dog called a Boer Dog or Boer Hunting Dog is mentioned. The author of the article wrote that it was a cross between a Mastiff and a Bulldog, and was used for hunting tigers and baboons. They were seen round 1865-1870. “J.J.K. from Lady Frere” claimed to have seen these dogs in 1860. He mentioned that dogs, including Terriers, Bulldogs, Mastiffs, Bloodhounds, Greyhounds, and Pointers were kept at the posts during the war at that time.

The only thing that is bothering me about the article is the tiger part. I cannot find any evidence of tigers in Southern Africa, so I would assume he is talking about the leopard. During September of 1900, British troops were fighting the Boers when a troop rescued a dog after a farm was burned down. The dog was named Billy Botha, after the farm owner. Billy stayed with the troops and was awarded two medals. He became the Regimental Mascot until he died in 1915. Billy is on display with the Royal Ulster Rifles collection on Waring Street. His breed is not mentioned on the website, but in a hand-drawn image he is called a Bull Terrier. Billy is worth mentioning here as he was part of the farm dogs and gives us an idea of how the dogs may have looked in the early 1900s; maybe part of the Boer Dog or Boer Hunting Dog
mentioned earlier. 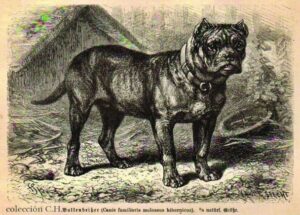 Where does the name Boerboel come from? There are many answers to this question and, according to the South African Boerboel Breeders Association, they gave the name “Boerboel” to a Mastiff formed over time in South Africa. Apparently, there were breeders who claimed they were breeding Boerboels for 30 to 40 years prior to 1983 when the registry was established.

The Rhodesian Ridgeback is a dog breed developed in Rhodesia, now Zimbabwe. Its origin can be traced to the semi-domesticated ridged hunting dogs of the Khoikhoi. It was created as a breed on purpose. Some of the Ridgeback’s traits can be seen in the Boerboel, and we can assume that they are most likely part of the breed. 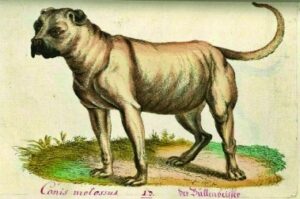 The first import recorded of a pedigreed dog of the Mastiff-type comes from 1928, when several Bullmastiffs were imported to guard the diamond mines of Kimberley. These dogs may also be contributors. 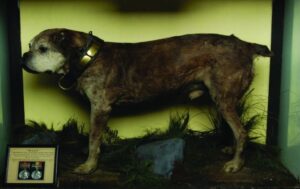 All of the above may have played a part in creating the Boerboel, but there is still no certainty who or what are actually in this beautiful breed. We do know, however, that they were not created by a breeder with a specific dog in mind. Maybe it was the absence of human interference that made them what they are. Only the strongest survived and continue to form the Boerboel of today.

Which Dogs Influenced Boerboel? Did the Boer Dog become the Boerboel over time as the Afrikaans language developed? We will never know.

20 Years and Going Strong… Behind the Scenes of the ANC! 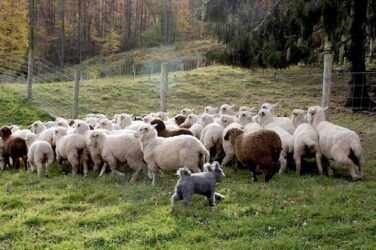