Diana Sparkowski: I currently live in Chesapeake, Virginia, and started my breed program in 2008. I’ve been an animal lover my whole life, and my interests in showing and breeding all started when I was a groomer. I owned my own grooming shop, met my first show Yorkshire Terrier, and fell in love with this drop-coated Toy Breed. It was the beginning of my show career, as I purchased my first show Yorkie. I was then introduced to the beautiful tri-colored Biewer Yorkshire ala Pom Pon—instant love for me!

Diana Sparkowski: I am Italian, so it was only fitting to choose a name to fit my heritage. “Bellissima” is Italian for beautiful. Currently, I have two Yorkshire Terrier bitches and four Biewer Terrier bitches, as well as one stud that resides with me and one stud that I co-own.

Diana Sparkowski: I’ve been showing the Biewer Terrier now since 2012 when they were still Biewer ala Pom Pons and were only allowed to show in the National/International dog show venues. My first bred-by bitch, Bellissima’s Sweet Land of Liberty, was an International/National Multi. Supreme Grand Champion by the time she was 1.5 years old. Her brother, Bellissima’s Star Spangled Banner, was an Altered Grand Champion, International/National, and with UKC. When UKC fully accepted the Biewer Terrier, “Liberty” was Grand Championed and was No. 3 Top Ten for 2016 and again in 2017. She went Reserve BOB both years. Her daughter, Bellissima’s She’s the Bees Knees, is also a UKC champion and my very first Biewer Terrier to show in FSS AKC; she went on to get her CM1 before retiring.

Diana Sparkowski: Because this breed is only 30-plus years in the making, diversifying our American lines with European lines has been successful in producing exceptional, quality dogs. My imported Russian bitch, Show Kurazh Suri, and Bellissima’s Sweet Land of Liberty have both produced beautiful litters, with Ukrainian sire Oliver Brave Hero Lavista and bred-by sire Bellissima’s Autumn Sunshine Lights My Way. Offspring of “Suri’s” are now AKC champions: Ch Bellissima’s Have to Believe we are Magic, “Olivia,” and Ch Bellissima’s Lilo Koa Loa ‘oe, “Lilo.” Olivia is a 2022 Westminster hopeful. SIDENOTE: My new stud, GCH Strudl Haus Fabulous Hudson Hornet, is also a Westminster hopeful and is currently No. 2 AKC NOHS and No. 12 in Breed Standings. He is Bellissima’s pride and joy, co-owned with Donna DeMers and Tiffany Tremont.

Diana Sparkowski: When we moved to Virginia in 2016, we purchased a 3,600 sq. ft. home. (We looked at 36 different homes to find the perfect one with a “dog room,” and yes, my realtor thought I was crazy, lol.) My dogs have their own first floor room with a separate door to go out to the deck and our fenced backyard, and gated pens to separate girls from boys when needed. We have waterproof vinyl flooring; they have filtered water fountains and free-feed kibble, and are fed twice a day together.

When one of the girls is pregnant, however, she gets fed separately as she needs vitamin supplements. She is also separated and watched closely during her pregnancy. When it gets close to whelp time, I have a whelping bed, heat pads, incubator and oxygen tank, and all instruments needed to help her whelp naturally in my bedroom. She sleeps with us and will stay in my bedroom until puppies are weaned and moved to a bigger area to play and socialize with the other dogs. I have iris pens and increase space as the babies get older. I add toys and play with them daily. We supplemental feed or wean at around six weeks, and allow play with the other dogs so that they can be taught their place in a pack. They get vet-checked and aren’t allowed outside or with the other dogs before they are fully vaccinated. They are allowed to go to their new family at 12 to 14 weeks of age.

Diana Sparkowski: At an early age for this breed, I start by looking at color markings and I monitor size. By six weeks of age, I can determine those that show signs of having exceptional conformation; looking at head, body, length, topline, tail-set, teeth, etc. I watch movement and personality. If at 12 weeks of age I feel that they have the potential to be in the show ring, I will hold the puppy for a longer period of time until I make that decision.

Diana Sparkowski: This is drop-coated Toy Breed, and the hair texture has different stages. Since I’m a groomer, I make sure ALL of my puppies learn grooming etiquette; so they get baths and are groomed weekly. They have their ears tipped, potty area and feet pads shaved, and they get used to being dried. Their coats are conditioned, and once it reaches a certain length, they must now be put in oil and wrapped to keep the coat from breaking.

Diana Sparkowski: Puppies learn to stack on a table with treats until they stand freely without fear. They are also handled by multiple people, to get used to being touched. I train with a lightweight lead, to walk with it around their neck until comfortable. Then we go outside to walk while being handled. I also bring another seasoned show dog with us so that they can learn to walk on a lead with other dogs in the ring.

Diana Sparkowski: The dog is presented as an elegant Toy Breed with a luxurious drop coat that flows when moving, so the dog looks to be gliding on the floor; they should not have hackneyed movement. The hair on the top of its head is put in a ponytail with a waterfall look, so it looks more natural. We do NOT topknot the ponytail, and it is actually a disqualification to do so. Their facial expressions and personalities are loving, and almost look like they are smiling at you.

Diana Sparkowski: The breed is still very young, and can have degenerative diseases similar to their cousin, the Yorkshire Terrier. Currently, we test eyes, patellas, and heart for OFA and CHIC certifications. They do have sensitive stomachs and can have food allergies. Most breeders feed a raw diet and have had great success.

In my opinion, is my breed in good condition overall. Any trends that warrant concern?

Diana Sparkowski: Our breed is still in its early stages of development, but I feel our foundation stock and preservation breeding programs, together with the diversity of our European breeders, have produced and now maintain the structure and standards our breed. The only trend I see that warrants concern, now that the breed has been fully recognized by AKC, is it has been on a social climb among pet owners as the cute, purse-sized dog to have. We are taking measures to educate those who are interested in this wonderful breed as to what it takes to care for and cherish it as a forever family member.

Diana Sparkowski: This breed, although it has “Terrier” in its name, has personalities that are more laid-back; sweet-natured companion dogs. They tend to prefer one family member, but not solely, and therefore make wonderful therapy or support dogs. They are highly intelligent and learn very quickly. They can be considered hypoallergenic since they have no undercoat and shed very minimally, like human hair. Since the standard is 4 to 8 pounds, they are more suitable for older children or adult homes, and as a breeder, this is what I look for when placing my puppies.

Diana Sparkowski: Yes, at this time, I feel our preservation breeders are key to keeping this breed pure and up to the standards that Werner and Gertrude Biewer have established. Although this breed has only been fully recognized for a little over a year, our reputable breeders have provided exceptional representations of our breed in the show ring, and have produced quality pets as well as
breeding stock.

For a bit of fun, what’s the most amusing thing I’ve ever experienced with a Toy Dog?

Diana Sparkowski: The Biewer Terriers love their toys… and I have had the pleasure of having two that must carry around their stinkiest, most chewed-up rag toy around like it’s a pacifier—and they sleep with it in their mouths. I’ve washed both toys to the point of no fuzz left, and still it’s the dogs’ favorite to carry around. I don’t have the heart to throw them out. 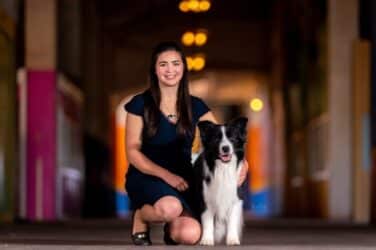 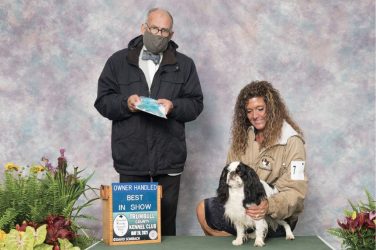 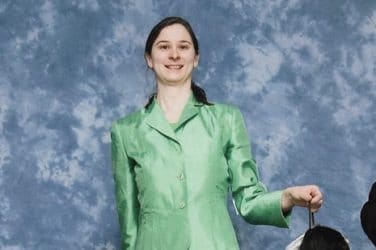 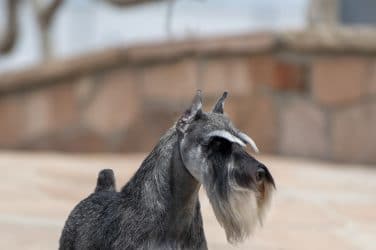 Why We Breed Miniature Schnauzers

We asked the following questions to experts involved in the breeding & showing of ... Mechele Thacker is the breeder behind MyTime Irish Terriers. Read about the kennel's beginnings, ... 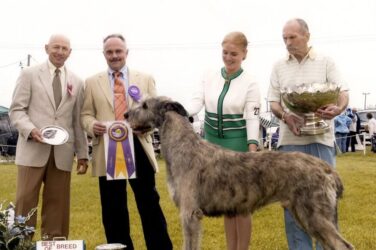