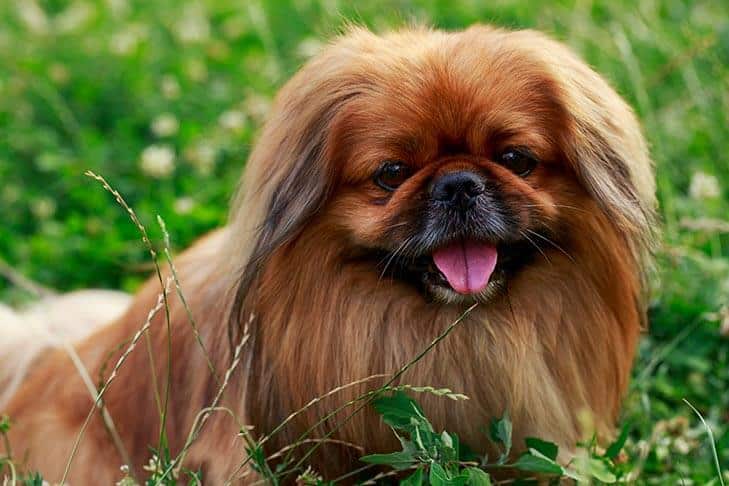 Both of us have been involved in dogs most of our lives and we came together in 1973 to form the Dunkirk line of purebred dogs. We started in Poodles in the 1970s and in the ‘80s we also started raising and showing Shih Tzu. That all changed when we started in Pekingese.

In 1989, we acquired our first Pekingese and, several years later, also began in Chin. Today we are cutting back on breeding, but the showing is still going strong. We are in a wonderful partnership with JC and Maria DeLuna from Mexico City who are continuing on with the Dunkirk line of Pekingese.
It has been a most wonderful partnership, having dogs which have won over 100 Bests in Show for the team.

Timothy Reese & Randy Winters: We live in Shelley, Idaho, in the southeast portion of Idaho. We have been breeding Pekingese since 1989, having produced 134 champions, including nine Best in Show All-Breed and Specialty Winners. We started in Japanese Chin in 2012.

What is our kennel name? How many dogs do we currently keep?

Which show dogs from the past have been our noteworthy winners?

Which have been our most influential sires and dams?

Timothy Reese & Randy Winters: The most important sires at Dunkirk have been Champion Katering To Be Continued and Champion Dunkirk I’m Gonna Live Forever.

Can we talk a bit about our facilities? Where are our puppies whelped? How are they raised?

Timothy Reese & Randy Winters: We don’t have an actual kennel. We have a very large (over 600 sq. ft.) dog room where our dogs are housed when they are not in the house running under our feet or outside on the very large dog decks we have attached to the house. Our puppies are whelped and raised in the living room until they are ready to go into the kitchen in a 5 ft. x 5 ft. puppy pen, full of toys. They stay there until we are ready to move them to the dog room, which is about five months of age.

What is our “process” for selecting show puppies? At what age do we make our decisions?

Timothy Reese & Randy Winters: We start the decision process when the puppies are born. After raising so many puppies, we know what to generally look for. Then we reevaluate them every few weeks until we make a decision. We have actually had very few pets. We have had 16 litters where every puppy in the litter finished, and quickly.

How do we prepare our pups for the show ring? Does our breed require any special preparation?

Timothy Reese & Randy Winters: The puppies have to get used to being groomed and lay on their backs to properly groom their undersides. We don’t officially “lead break” the puppies. We have them walk with us on their own and have fun. It comes naturally to them. And our breed does require a fair amount of show grooming to look their best and, contrary to the old belief that Pekingese are not bathed, we bathe our dogs EVERY SINGLE WEEK. You cannot grow good hair on a dirty dog—something I learned from one of the great old Pekingese handlers of years gone by.

Can we share our thoughts on how our breed is currently presented in the show ring?

Timothy Reese & Randy Winters: I think our breed is beautifully presented and, for the most part, nicely groomed. I have no issues with how they are shown, and nearly everyone knows how to move them at the correct, unhurried pace.

Are there any health-related concerns within our breed? Any special nutritional needs?

In our opinion, is our breed in good condition overall. Any trends that warrant concern?

Timothy Reese & Randy Winters: Our breed is in good condition, health-wise, and no trends that warrant any major concerns other than hoping breeders take the time to really understand the Breed Standard and not settle for less than as near to perfection to that Standard. The major concern is the lack of breeders in the US, and the lack of promotion of the breed to the public as to what great pets they are. They see these huge-coated dogs and think, “I can’t take care of that breed of dog.” Instead of spotlighting the dogs that are cut down in pet trims and how easy they are in comparison to some other breeds, many breeders nearly “faint” when we suggest that we highlight the “pet Pekingese” in a short coat instead of the full-coated show dog. I know they are beautiful in all their glory, but that is the same thing that makes them undesirable for the typical pet home. This is sad.

Is our breed well-suited to be a family dog? Who are the best candidates to own our breed?

Timothy Reese & Randy Winters: The Pekingese AND the Japanese Chin are a hidden secret as a family pet. They are hysterically funny dogs and love their families. I think the days of the ankle-biting Pekingese, owned by many people’s grandmothers, are a thing of the past.

Do we feel that our breed is supported by a sufficient number of preservation breeders?

Timothy Reese & Randy Winters: ABSOLUTELY NOT! The Pekingese has become a RARE breed and not enough is being done to promote the breed, so the numbers continue to shrink. I applaud the current breeders in this country, but too many people are looking outside the US for a show or breeding dog and are not supporting those wonderful breeders right here in this country. I have seen very, very few foreign dogs that are as good or any better than those bred right here.

For a bit of fun, what’s the most amusing thing we’ve ever experienced with a Toy Dog?

Timothy Reese & Randy Winters: This is nearly impossible to answer because nearly every day they never fail to amuse us… and they know it! 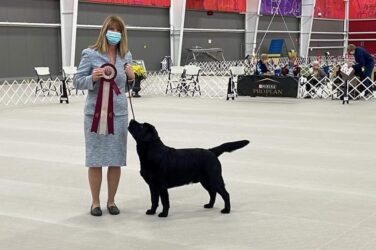 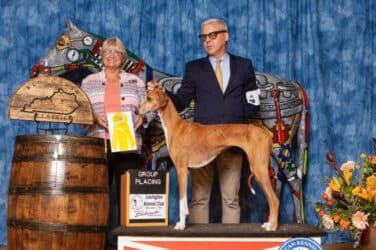 Interview with Breeder/Owner Handler Doug Koger. Doug shares her experience in the world of purebred ... 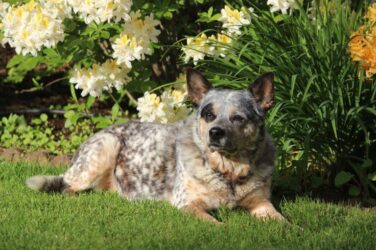 Interview with Herding Group Breeder Patti Salladay - My husband, Michael, and I reside ... 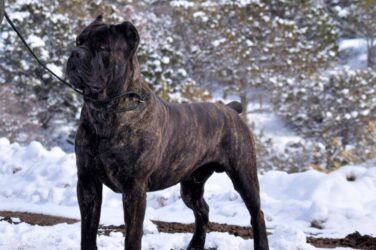 Shauna DeMoss is the breeder behind CastleGuard Cane Corsos. Read about the kennel's beginnings, ... 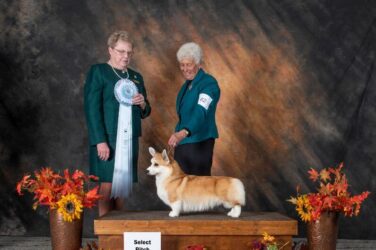 Interview with Herding Group Breeder Anne Bowes - I live in Duxbury, Massachusetts. I ...