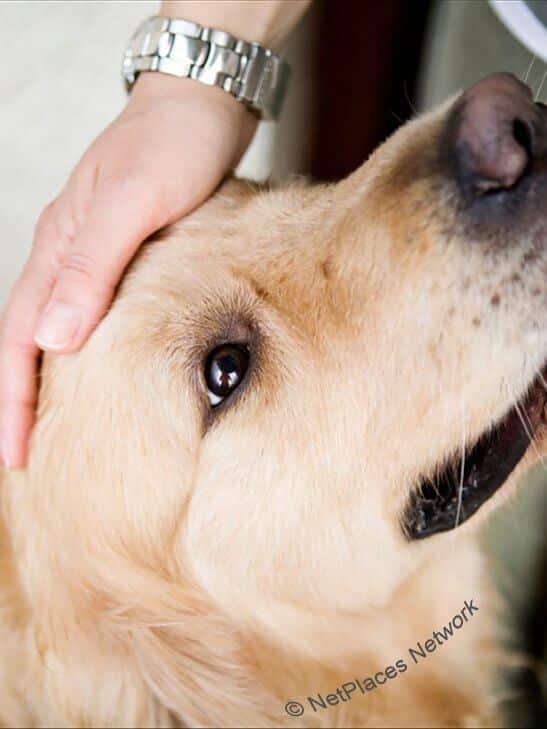 If you are a purebred breeder, you’ve had it happen. You picked up that wiggly puppy to put it back to the nipple and, without conscious thought, your hand brought the newborn to your face.

Oxytocin is powerful stuff and, subconsciously, your brain may
have, just now, passed a signal to your hormone factory.

You, the modern-day homemaker or corporate CEO, breathed in the soft smell of new life and you were mesmerized. For a moment in time, all was well in the world and your mind untangled as you focused on your newborn litter.

But did you realize something chemical just happened…?

Each placenta is loaded with oxytocin, the incredibly powerful hormone that prompts a rush of emotion in all mammals. We call it the “bonding” hormone, or in human relations, the
“love” hormone.

Oxytocin floods the female body during labor and birthing. The hormone stimulates both body and brain in all mammals, creating the bonding response. Man or woman, you will feel not just pride but comfort, peace, and contentment. Oxytocin is powerful stuff and, subconsciously, your brain may have, just now, passed a signal to your hormone factory.

So, stay with me as we go back to the newborn puppy. For nine weeks that new life has been floating in amniotic fluid, which in all species is loaded with bonding hormones that work two ways… Once delivered, the newborn seeks the nipple by scent and by touch, and the mother imprints on her infant through the same process.

What a plan! You’ve seen it as you watch nature shows on TV. The newborn gazelle or newly hatched chicken “knows” its mother and will follow her as soon as it can stand up. A buffalo baby, born, in the past, into a herd of thousands of look-alikes will only follow its mother.

Don’t get your ruff up. You are human, not an animal, but any midwife or obstetrician will agree that when today’s childbirth is by C-section, an important bit of nature’s plan can be lost. Release of oxytocin is diminished during C-section delivery, though medical doctors know this and compensate with an oxytocin injection which also stimulates uterine contractions and milk letdown.

So, if you plan a litter by C-section, ask your veterinarian about oxytocin and give the mother dog something natural to do when she wakes up. What usually happens in humans nowadays is, whether surgical or natural birth, a nurse takes the newborn infant, cleans it up, then wraps it in a blanket and hands it to the anxious mother.

The veterinary assistant cleans the puppy, removing all birth fluids as you sit in the waiting room… unless you are privileged to attend the C-section, in which case most breeders will automatically start helping to clean the newborns. STOP!!! Do NOT sanitize those puppies too much. In doing a surgical delivery, we interfered with something very important. Let’s not make it worse and then complain that she “rejected” her puppies.

Nature meant for the mother to clean the newborn. It is a major component of the birth-bonding process. All mammals, elephant, horse or human, bond with their newborn by that first scent as they lick and clean it.

You can’t just tell your dog coming out of anesthesia, “It’s okay, that is your baby…” and expect her to understand. Even the first-time mother is compelled to clean her newborn that is loaded with hormonal inducements that demand she lick it and love it.

Now you know why so many dog mothers refuse their newborns after surgical delivery. It all happened without her knowledge or awareness. Although she released some oxytocin before surgery, make sure that your veterinarian gives her the “milk-letdown-bonding” oxytocin shot.

And as an aside, think about this… There was a time when human females instinctively prepared a birthing nest with leaves and grasses, both of which drained the birth fluids. The human mother cuddled her wet, slippery newborn to the breast, against her heart. She sighed, breathed deeply, and bonded with her baby. The new mother then cleaned and cushioned her newborn with pelts.

As soon as possible, the human mother went to a stream or lake to remove the tell-tale birthing scents that draw predators. Google doesn’t seem to know about this, but common sense tells me that, primitive though she was, the human mother took steps to de-scent herself and her newborn.

She wasn’t a deer that could just move on with her fawn so, rabbit, wolf or human, she’d do her best and then lay low in her nest until she was able to move the newborns away from the birthing scents.

Then, somewhere along the way, we humans invented midwives and doctors who took away those precious first moments and the mother’s natural process of cleaning and bonding with her newborn. Is it any wonder that we have increasing social problems decade by decade? So, the takeaway is simple:

If it must be a Cesarean section, tell the veterinarian to save (and keep warm!) at least one placenta to put in with her not-too-clean newborns.

Ranchers and zoologists have long-known how birthing pheromones work and how critical that first oxytocin-laden bonding scent is. You, the dog breeder, are either turned-off by the “mess” or you are inspired, proud, bonded by the birthing as you hold a still-wet newborn and inhale that sweet, musty scent.

By the way, perfume makers were the first to capitalize on the fact that humans are either turned-off or subconsciously attracted by scent. That’s why “the first perfume was made in 1370 at the command of Queen Elizabeth of Hungary.” —Wikipedia.

So, when your next litter arrives or you assist a friend in whelping, inhale! There’s nothing quite like newborn scent and its inspiring pheromones.

Ranchers and zoologists
have long-known how birthing
pheromones work and how
critical that first oxytocin-laden bonding scent is. You, the dog breeder, are either turned-off by the “mess” or you are inspired, proud, bonded by the birthing
as you hold a still-wet
newborn and inhale that
sweet, musty scent. 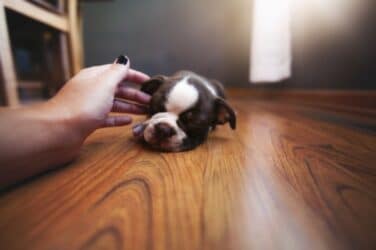 If You Are a Dog What Do You Do?

The fact that the dog loves PEOPLE in a way no other animal on ... 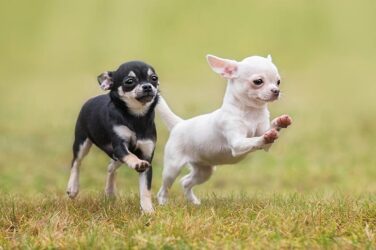