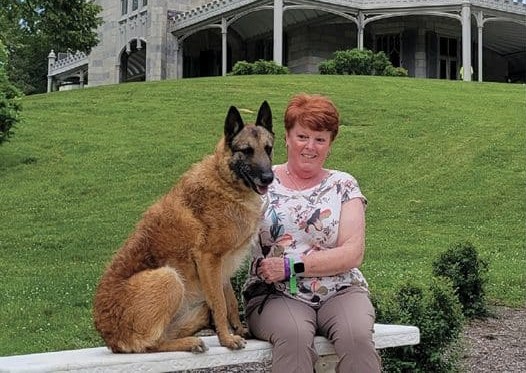 Barbara Arney: My sister had a best friend who showed Belgian Sheepdogs. I went to a few shows to watch her and I was hooked. Her name is Pat Porter and she still shows in Scent Work on the West Coast with her Belgians. I was able to get an English Springer and started training on my own by reading a book called Training You to Train Your Dog.

Barbara Arney: I’ve been showing dogs for 46-plus years. Through college years and marriage—and raising three children—I somehow still fit that in!

Barbara Arney: Yes. I am lucky that a local professional handler has classes nearby. Pat Murray is the best!

Barbara Arney: I like watching handling videos that give you some ideas to try in the ring.

Barbara Arney: I have competed in the NOHS in the past year, since my breed that I show (Belgian Laekenois) was recently recognized by the AKC. Rankings are important and motivating.

6. In which class(es) are you most likely to enter your dog(s)?

Barbara Arney: I compete mainly in the Best of Breed Class.

Barbara Arney: Yes, mainly because it is such a new breed and many judges have never had their hands on a Laekenois. Overall, it has been a very positive experience in the Group rings as the judges are very interested in the breed and acknowledge me for competing. Belgians can be a challenge to show at times as they are very aware of everything going on around them. So, lots of practice and exposure to different situations helps.

Barbara Arney: Not really, as I know many of them. I prefer to watch them ringside and get pointers on how they show different breeds. It’s the same for judges. Ring procedures that judges have might not work for some, but I get ringside early to watch their procedures ahead of time. This is very helpful.

Barbara Arney: I have had a few important influences. Debbie Wade was a huge part of my getting a Belgian Laekenois from Tine Bouchat in Belgium. Her knowledge of the breed, and her young boy, made up my mind. Also, Pat Murray and her handling classes helped me to get going with “Pilote” from a young age. (He finished his UKC Championship before he was a year old.) Pat helped me to understand how to handle a Herding breed, as they are definitely different than the Sporting dogs I was used to.

Barbara Arney: Owner Handlers are the future of this sport, as we all start out there from the beginning. There’s so much satisfaction from training and showing your own dog. It truly is full circle for me. I don’t breed dogs, nor do I have that desire, but I do love the showing part of
the game.

Barbara Arney: My goal is to be my best at showing this breed; to give it my all. Turning 60 soon, I hope to be running around for a few more years! BIS or BISS would be a nice goal to attain.

Barbara Arney: Make sure when getting ready in those early morning hours that you put on the right size tights under your skirt—and not your daughters! (They will roll down when you start to run, just saying.) Thank goodness I had tall boots on or I would have had them at my ankles! I won the Breed from the classes over Specials with my Flat-Coat that day. 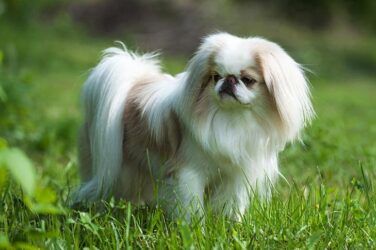 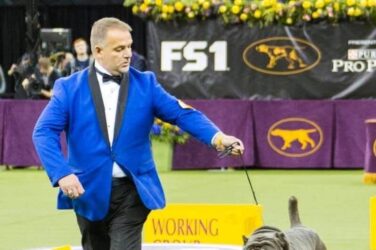 Interview with Working Group Breeder John Seibel - Where do I live? How many ... Angela Ferrari is the breeder behind Allettare Dobermans. Read about the kennel's beginnings, champion ... 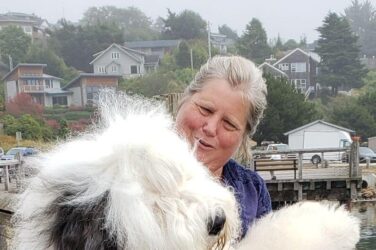 Interview with Herding Group Breeder Lita Long - We live in Oregon. (All of ... 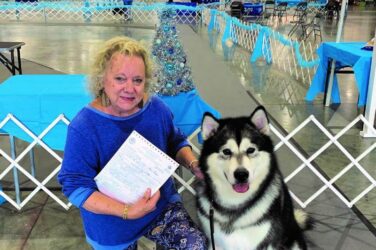 Vicky Jones is the breeder behind Vykon Alaskan Malamutes. Read about the kennel's beginnings, ...