Brittany Heads | Some breeds, where the individual standard places particular emphasis on the head, are frequently called “head breeds.” However, because every breed should be instantly recognizable by its head alone, every breed could be called a head breed. It is, perhaps, in the various subgroups, which have common features, that differing head characteristics are most important in helping to differentiate between “first cousins” such as the [four] Setters.

The Brittany head has a very particular conformation and, like the rest of the Brittany standard, was developed primarily to ensure total functionality as a bird dog. Moderation is the defining feature of the Brittany head. Actually, the only extremes that a Brittany should exhibit are his eagerness, intensity, and athleticism. Structurally and phenotypically, he is the very essence of moderation.

Epitomizing this moderation is the desired rounded, medium-length skull that is slightly wedge-shaped and never too broad or too racy, and the medium-length muzzle (two thirds the length of the skull) that tapers gradually, both horizontally and vertically. The stop is well-defined, but never indented, and the occiput is only apparent to the touch.

The Brittany ear differs from that of most other bird dogs. It is set high, above the level of the eye, and is short and triangular, lying flat and close to the head.

Anytime that function is a factor, the Brittany standard becomes more absolute. Brittany eyes must be well-set in the head and well-protected by a heavy, expressive eyebrow with close-fitting eyelids that prevent seeds or dirt from getting into them. Lighter colored eyes are not to be faulted as long as they are soft and not “bird of prey” eyes.* Remember that Brittany eye color changes and darkens for a long time, often up to four to five years of age.

Equally necessary for work as a bird dog, the Brittany’s nose must have well-opened nostrils (for adequate scenting) and lips that are tight and dry, to prevent feathers from sticking during retrieving.

All in all, the standard’s description of the ideal Brittany head is quite simple, yet the head is definitely unique and, when seen, is unmistakable.

Just a word about color and markings—this is always an issue in parti-color breeds. A perfectly marked head adds greatly by creating the look of a perfect head. But a head’s make and shape has nothing to do with the color. Skulls can look overly wide or overly narrow, based on the amount of white. Muzzles can look overly long if there is an orange or liver stripe running along the side when, in reality, the proportions are correct. It is essential to evaluate a head on its real substance—not the paint job.

*Preference should be for the darker-colored eyes, though lighter shades of amber should not be penalized. Light and “mean-looking” eyes should be heavily penalized. 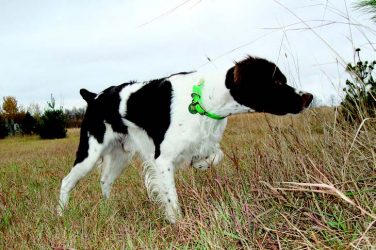 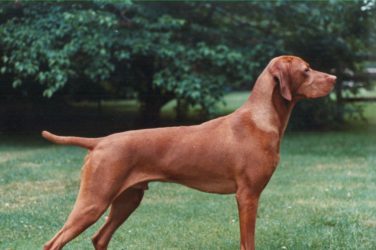 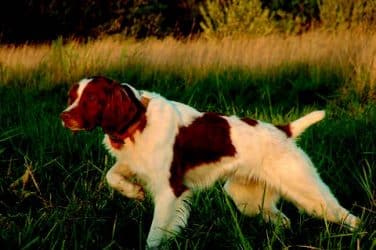 One should not let the smaller size and loving personality of the Brittany fool ...