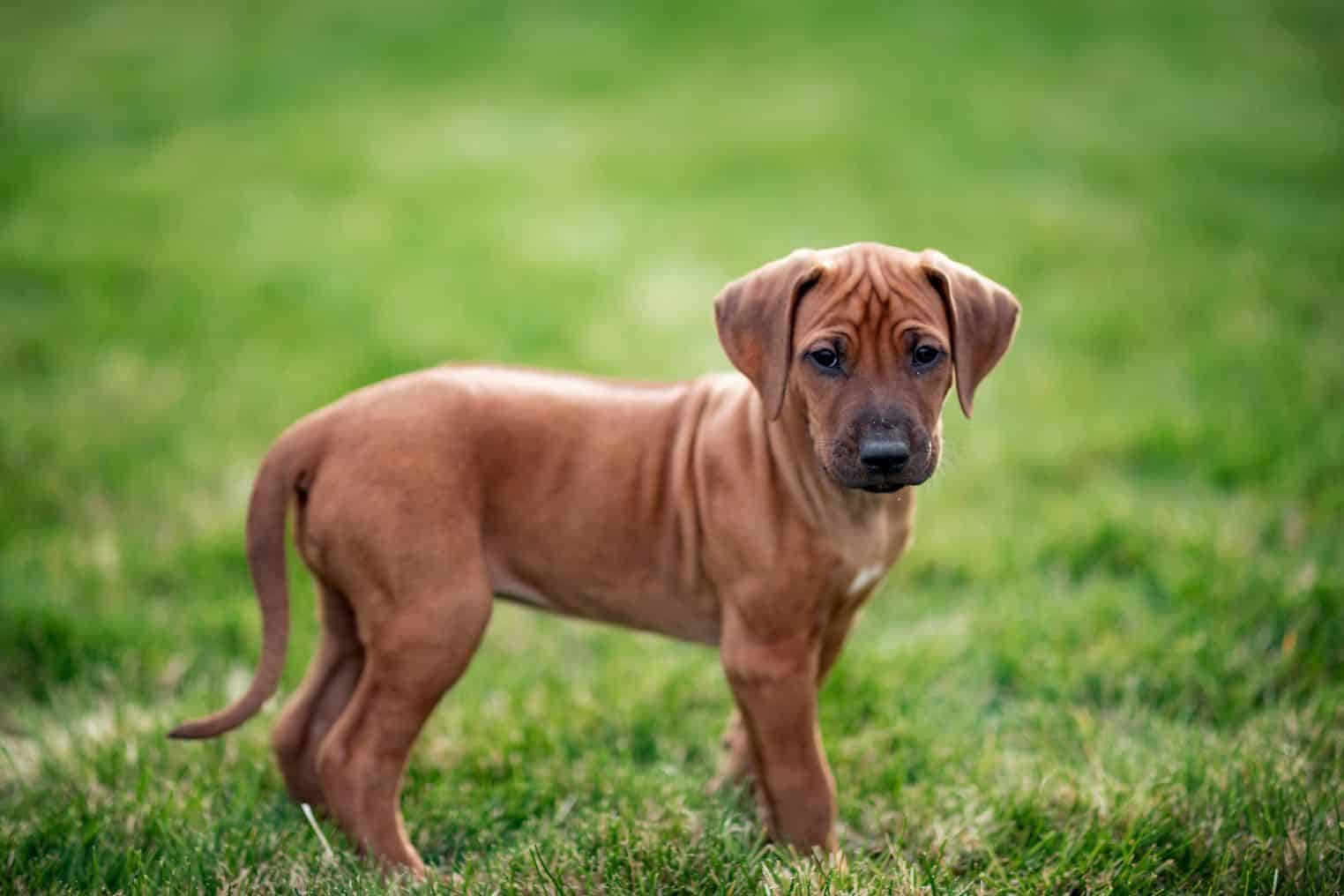 Embark discovers mutation associated with breed-specific hearing loss, in first-ever canine health discovery using commercial testing genetic data.
Determining genetic mutation associated with early-onset adult deafness in Rhodesian Ridgebacks will ultimately help breeders reduce prevalence of hearing loss
BOSTON, MA — March 2, 2022 — Embark Veterinary, Inc., a global leader in dog genetics, today announced that it has made the first-ever canine health discovery using commercial testing genetic data. Embark scientists determined that a genetic mutation in the EPS8L2 gene is associated with early-onset adult deafness (EOAD) in Rhodesian Ridgebacks.
Early-onset adult deafness can cause dogs to lose their hearing by the time they’re 1-2 years old, and some purebred Rhodesian Ridgebacks lose their hearing when they’re as young as 4 months old. For a breed known to excel at and find satisfaction in competitive dog sports and hunting, hearing loss can be particularly devastating.
This groundbreaking discovery is the product of more than a decade of research and collaboration between breeders, dog owners, and scientists. Embark Senior Director of Scientific Discovery Dr. Mark Neff, and his colleagues at the UC Davis Veterinary Genetics Lab, discovered a genetic connection between EOAD and canine chromosome 18 back in 2009. But it wasn’t until Embark teamed up with the Rhodesian Ridgeback Club of the United States, the nonprofit organization projectDOG, and Rhodesian Ridgeback dog owners that a genome-wide association study was performed on 185 Rhodesian Ridgeback dogs, using 220K+ genetic markers. This analysis localized the genetic association to the EPS8L2 gene, and further DNA sequencing and genotyping identified a deletion perfectly predictive of the disorder. The mutation is recessive, so both sire and dam must be carriers of the mutation for offspring to present with EOAD.
“When we started this research over 10 years ago, we knew a discovery in early-onset adult deafness – one of the most common disabilities in humans and dogs – could provide valuable tools for life science companies using regenerative medicine to develop therapeutics for childhood hearing disorders,” said Dr. Neff. “Embark’s health discovery engine – fueled by customer participation in research like our annual health survey – is not only crucial for determining the genetic links to canine health conditions, but could ultimately lead to human health discoveries as well.”
“When we founded Embark in 2015, we did so to get to the root of genetic health disorders in dogs,” said Embark CEO Ryan Boyko. “This first health discovery is a significant accomplishment by our science team, and is the first step toward the world Embark is creating – one where genetics enhances dogs’ lives instead of detracting from them. By informing Rhodesian Ridgeback breeders about this genetic mutation in their potential breeding pairs, we can virtually eliminate this condition in Ridgebacks via genetic screening.”
When it is determined early on that a dog will ultimately lose his hearing, owners, breeders, and veterinarians can get proactive about the dog’s care. This can mean training using visual cues instead of sounds, adding tags to leashes and collars identifying the dog as deaf, and avoiding startling the dog. In fact, Ridgebacks often cope quite well with this form of heritable deafness,
especially if they have a hearing canine housemate whose cues they can follow.
“The single constant in the decade-long search for this mutation has been the dedicated breeders who painstakingly worked with their puppy owners to provide the samples that made this discovery possible,” said Denise Flaim, former co-chair of the Rhodesian Ridgeback Club of the United States Health and Genetics Committee, who first approached Dr. Neff about initiating the research in 2009. “This is a long awaited tool for Ridgeback breeders, but it should be used wisely. Now we can identify carriers, which can be bred safely to non-carriers, to maintain genetic diversity and confidently produce hearing offspring.”
Embark is now the only dog DNA test that will inform Rhodesian Ridgeback owners, breeders, and veterinarians of their dog’s risk for this type of EOAD. Rhodesian Ridgeback owners who were tested after approximately early December 2021 will see the results for this new genetic variant in their my.embarkvet.com results dashboard. Customers who tested their Rhodesian Ridgeback before December 2021 and are interested in getting their dog tested for this new variant can contact howdy@embarkvet.com.

Living with the Pomeranian 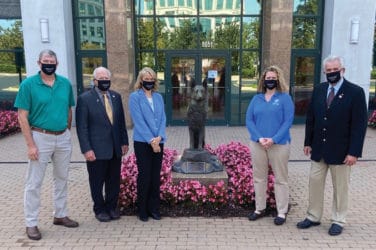 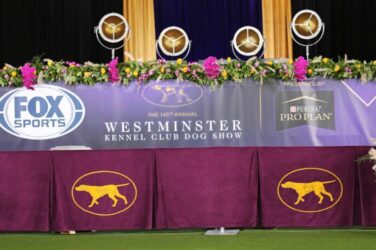 The Westminster Kennel Club May 6, 2022
0 comments