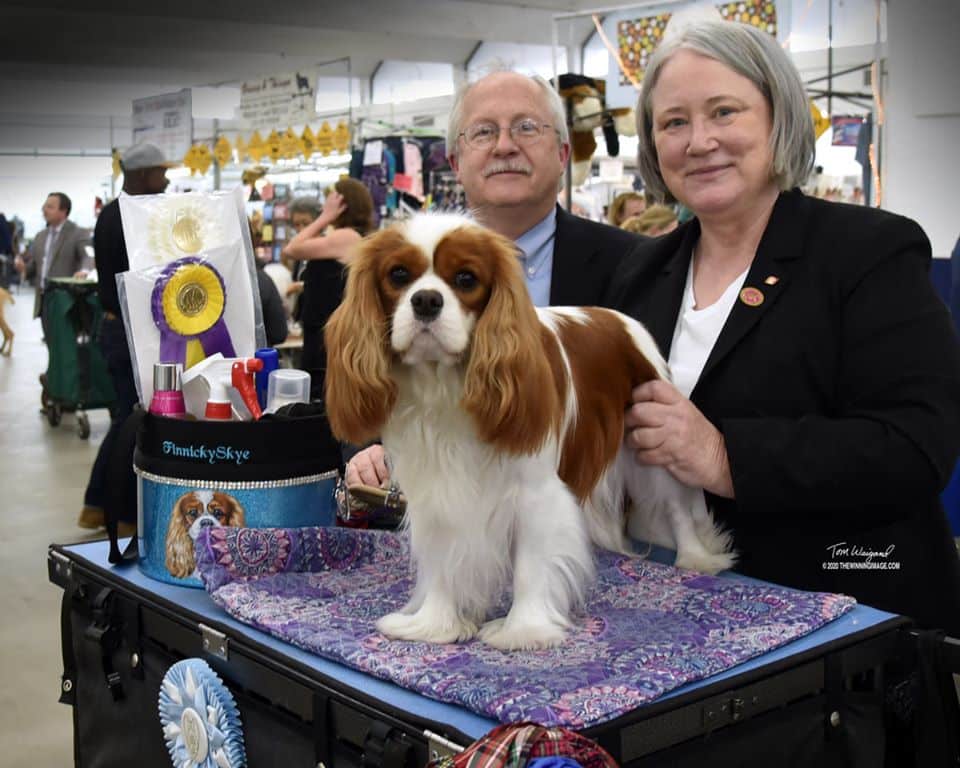 Our goal is to present our dogs to show their best qualities and how they measure up to the breed standard. The wins are wonderful (and we all love winning) but win or lose, we would not trade being in the ring with our dogs for anything!

Sharon Onorato Utych & James Utych: We became involved in the sport when we got our first Cavalier King Charles Spaniel, MBVISS Karvale Brookhaven Finn THDA CGCA C-TCX, in June 2008. “Finn” and our second Cavalier, “Skye,” were the reasons we became involved in the CKCSC USA and the Greater Atlanta AKC Cavalier club. We both became involved with the clubs, attended shows, helped with specialties, and learned everything we could about Cavaliers. You could always find us ringside with Finn and Skye watching the shows, studying the entries, and asking questions about conformation and type. We gained several wonderful mentors during this time who encouraged us to show in the non-regular Veterans Class and in Sweepstakes. When we first entered Finn in Veteran Sweeps at the ACKCSC National Specialty, where he took home Best of Opposite, the bug hit Sharon—and she and Finn became a team. Jim supported Sharon in showing and even had a go at showing Skye in Veteran Classes. When Sharon blew out her knee, Jim took the lead and learned quickly how to show all three of the boys we had actively showing. He now exclusively shows “Catcher” and has become quite the handler!

Sharon Onorato Utych & James Utych: We have been showing our Cavaliers since 2015, when Finn and Skye became veterans. We both have always been Owner Handlers to all of our boys with the exception of 2019 when Sharon had to have knee replacement surgery after blowing out her knee at a dog show. Our friends and mentors assisted in showing “Edgar,” even at Westminster. The Cavalier community is a wonderful community that supports each other in times of need!

Sharon Onorato Utych & James Utych: Jim has attended handling classes and found them extremely useful. When there is a seminar at a specialty, we both attend as you are never too old to learn something! We’ve watched others (professional and non-professional) in the ring and have had our mentors teach us the ropes at shows and at meetings. We’ve learned a lot from our mentors and from our friends who are professional handlers. Classes are a great start to learn the ropes in showing your dog to its best potential!

Sharon Onorato Utych & James Utych: Every tool available is helpful. We have watched handled videos on YouTube and learned a lot! Additionally, we make sure that we video our time in the ring and we watch each other to see how we are handling our Cavaliers. Of course, when we are at our shows with our longtime mentors, we also discuss our time in the ring. We find that by videoing ourselves and watching it back, we can see where we can improve.

Sharon Onorato Utych & James Utych: We absolutely compete in NOHS! Sharon’s Edgar was the 2019 Number 1 Cavalier in the NOHS rankings and Jim’s Catcher was the 2020 Number 3 Cavalier. Jim still actively competes in NOHS with Catcher and it’s very important to him. Of course, any and all rankings are important!

Sharon Onorato Utych & James Utych: It’s become quite the challenge recently as the Cavalier breed ring consists of a majority of professional handlers. We continue to compete and we do have our share of the wins.

Sharon Onorato Utych & James Utych: Absolutely not! I think that in the very beginning we were, but as you gain experience handling in the ring, and knowing how to present your dog, it’s pretty much, most times, a level playing field. We understand why some breeders/owners use handlers, but we love the sport and prefer to show our own Cavaliers and enjoy everything that going to a show has to offer! We have not been intimidated by any judge. Just remember to watch them judge the breeds prior to yours to understand their ring procedure before you go into the ring.

Sharon Onorato Utych & James Utych: We have to thank Missy Crane (Signatures US) for her expert handling tips, along with our breed mentors, Paula Ayers and Linda Whitmire. We get some great advice from them all!

Sharon Onorato Utych & James Utych: We both think it is very important. We understand the need for professional handlers, but we feel that the Breeder/Owner Handlers should also be taking their dogs into the ring to evaluate them while they are on the end of their lead. You want to see how they conform to the standard while being judged, and see first-hand how they are doing and whether they are worthy breeding stock or worth running on.

Sharon Onorato Utych & James Utych: Our goal is to present our dogs to show their best qualities and how they measure up to the breed standard. The wins are wonderful (and we all love winning) but win or lose, we would not trade being in the ring with our dogs for anything! When Edgar was showing in NOHS, the victory that eluded him was an OH BIS. He was awarded RBIS, but we never got that OH BIS. He has won multiple BIS at specialty shows, OH Group and regular Group placements, and an AOM at Royal Canin. We could not be more proud of him as his Silver GCH has been all owner-handled! For Jim and Catcher, winning a regular Group would be the icing on the cake!

Sharon Onorato Utych & James Utych: It’s funny in a sad way… Sharon was showing Edgar in York, Pennsylvania, and went to put Edgar on the table when her knee just blew out. She crumbled to the floor in pain. Everyone heard it blow and Jim did not miss a beat. He ran over to get Edgar, picked him up, and put him on the exam table! Then, a friend came over, pushed Jim aside saying, “I got this!” and took over Edgar, all while Sharon was holding her knee on the floor in pain. Sharon was like a second thought to Edgar’s being judged, though she finally got picked up, hobbled out, and ended up in urgent care. Jim ended up learning very quickly how to show and groom for the next year as Sharon had therapy and, ultimately, a knee replacement. 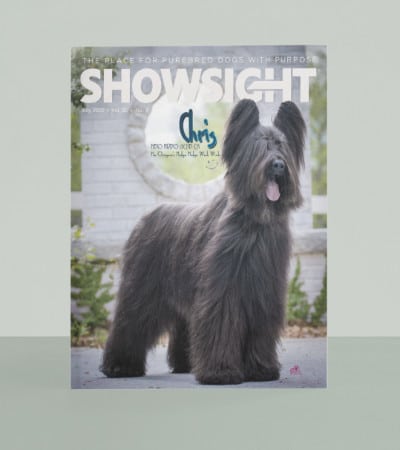 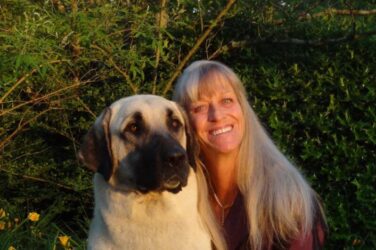 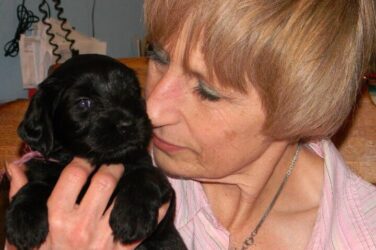 Interview with Working Group Breeder Cheryl Crompton - Where do I live? How many ... 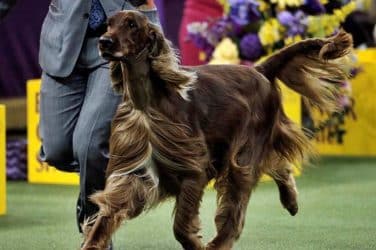 Did you know that every breed moves with a distinctive rhythm of its feet? ... 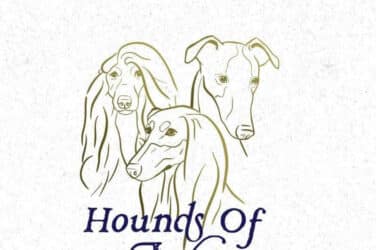 Does good sportsmanship still have a place in the sport of dogs? How can ...