How To Judge The Ridgeback’s Unique Ridge – The Rhodesian Ridgeback Breed Standard is one of the few remaining standards that utilizes a point system. The “ridge” is worth 20 points out of 100 on this scale. The ridge is the escutcheon, or hallmark, of our breed. Without revisiting too much history, our breed is descended from a native African dog that possessed a ridge of hair growing in the opposite direction on its back. European settlers selectively mixed this indigenous dog with a variety of different breeds to create the modern Ridgeback. The original name of the breed was the African Lion Dog, but it was renamed the Rhodesian Ridgeback to give emphasis to its defining characteristic. 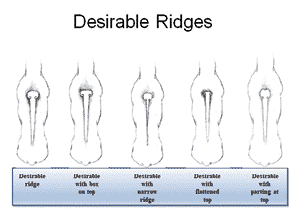 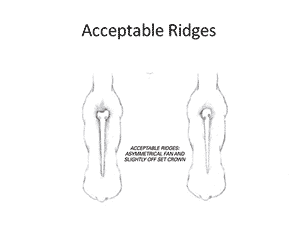 Decades of mentoring judges and giving breed seminars has confirmed that many judges are confused by the ridge. The Rhodesian Ridgeback Club of the United States has an excellent, recently revised PowerPoint presentation with a bounty of illustrations and photographs of ridges. Ridges in our presentation are categorized as: desirable, acceptable, and unacceptable. Ridgelessness is a disqualification; therefore, you will not see these dogs in the show ring. A ridge should contain two symmetrical whorls, or crowns. The ridge should start directly behind the shoulder blades and taper to a point between the hips. Serious faults, which should keep dogs from the show ring, include having only one crown, having more than two crowns, having badly off-set crowns, or having a very short ridge. The whorls of the ridge create a fan, or box, at the top of the ridge; the size of this fan is immaterial. There can be a parting of the hair at the top of this box and this should not be confused as being an extra crown. 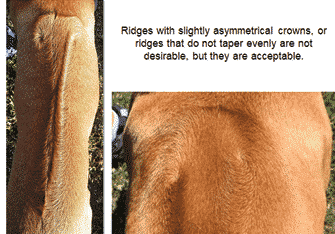 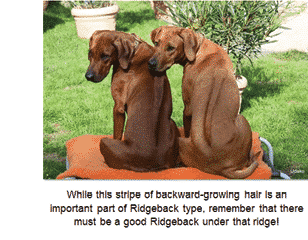 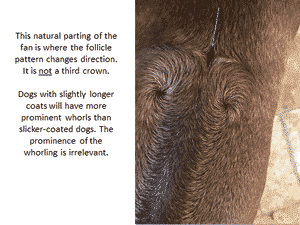 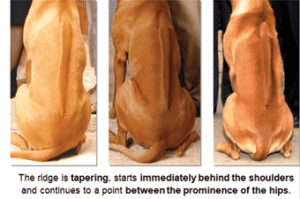 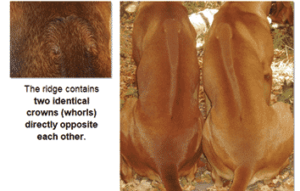 When adjudicating our breed, make sure the ridge is within the realm of acceptable, and then move on and judge the dog. Picture-perfect ridges may sit atop conformational disasters, and slightly imperfect ridges may grace structurally impressive animals.

When evaluating our breed, remember these priorities:

I encourage anyone interested in Ridgeback judging to avail themselves of our official presentation and to also seek out mentoring from RRCUS approved mentors. 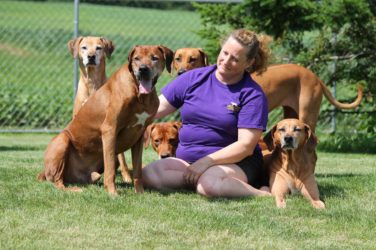 Where did you grow up? I grew up most of my teen years and ... 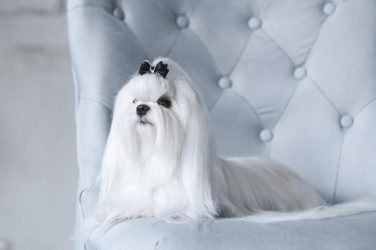 We’re not trying to create a new Maltese dog. We are trying to preserve ...

The standard for the Black Russian was substantially revised in 2009, collaborating with representatives ... 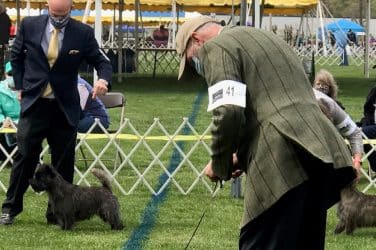 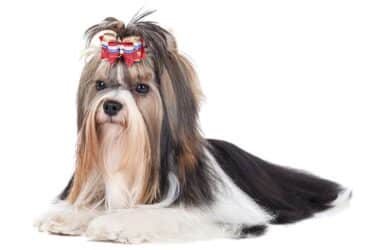 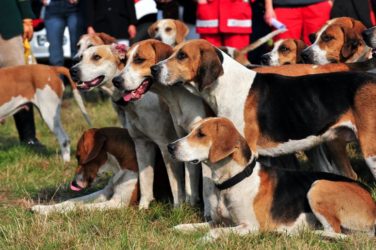 Behind a Harrier's soft brown eyes and sweet face is a very intelligent, independent, ...