Our 2022 National Specialty Intersex judge is none other than Mr. James Moses—a true icon in the breed who has dedicated sixty-three years of his life to the sport of purebred dogs and the promotion of our beloved German Shepherd Dog.

Jim’s accomplishments within the sport are unmatched, ranging from handling the Number One dog in all breeds in Canada by the age of 19, to winning the Westminster Kennel Club Dog Show with Jane Firestone’s CH Covy Tucker Hills Manhattan (who was bred by breed icons Cappy Pottle & Gloria Birch), to handling the Number One dog of all time—a record that still stands with 275 All-Breed Bests in Show—CH Altana’s Mystique.

Not only does Jim’s handling record speak for itself, his breeding program under the Kaleef prefix is just as identifiable, with numerous Kaleef dogs attaining the highest honors in All-Breed, Specialty, and National venues. Jim’s involvement within the sport in all aspects is a testament to his dedication to the breed.

Being in the breed for sixty-three years, you are bound to witness the evolution of dogs, for better or worse. Jim attests to this as he recalls how in the late 1960s and early ‘70s the breed overall lacked sufficient hindquarter angulation and had flat, straight croups, and many dogs lacked sufficient length of upper and lower thigh.

Lance of Fran-Jo became a very popular sire, as he fixed these issues in the breed—Jim states how “he was moderately angulated in today’s look, but he produced very attractive dogs with proper length of upper and lower thigh,” and Jim would know, as he also handled Lance to the Grand Victor title in 1967. However, Jim notes that “since then, people have carried that to such an extreme extent that rears are no longer functional for the dogs to do the jobs that they are bred to do. German Shepherds are a working breed; they should be able to scale eight foot walls, act as protection animals, search through rubble, and herd livestock all day long—if they cannot even gait on an even ring surface that our shows are held on, how can they successfully do their jobs on terrain that is anything but even?”

A key word that Jim mentions is functionality; nowadays, Shepherds are becoming increasingly dysfunctional for the jobs they are bred to do, which is problematic and something that needs to be addressed. This is especially pertinent, as Jim notes that, more often than not, these dogs go into pet homes and pet owners do not want over-angulated American show line dogs; so much so that there is an implicit bias against American show line German Shepherds. How many times do puppy buyers or just the general public ask about the exaggerated sloping toplines and “weird” back legs due to over-angulation and dysfunctionality?

In Jim’s opinion, one solution to this begins with our judges: “It is the judge’s responsibility to reward the dogs that most conform to the standard. Many times, the most exciting dogs in the ring are not the dogs in the ring that best conform to the standard, so it is therefore the judge’s responsibility to reward the best overall German Shepherd Dog that is built to do all the jobs required by our wonderful breed.”

This undeniably includes dogs that best serve to be a public representation of the German Shepherd Dog—not an over-angulated, “flashy” mover but a correct dog with moderate angulation that is able to perform every aspect of this working/herding breed, whether it be the job of a show dog, agility, search and rescue, or just being a companion that is able to go on hikes, walks, and simply jump into their family’s car.

Another salient point Jim makes is in response to common quips such as “Shepherds don’t gait on their ears,” to which he stresses the importance of secondary sex characteristics, type, and beauty that are unique to our breed. He urges, “Our standard states that ‘the ideal dog is stamped with a look of quality and nobility— difficult to define, but unmistakable when present.’

Type and the overall look of German Shepherds are referenced five-plus times in our written standard because it is an important quality within our breed, so breeders and judges alike shouldn’t ignore it.” Again, the progression of the breed lies with the judges; if mental and physical dysfunctionality continues to be rewarded, “it is the downfall of the breed.”

This “downfall” is already being seen in regard to the overall lack of entries and participation, and it is arguably due to the fact that dogs continue to be rewarded in the show ring that do not represent an accurate, nor functional, model of what a German Shepherd Dog should be, thus not appealing to the public and resulting in overall lack of interest and participation in the sport.

Although this dilemma is undoubtedly multifaceted, Jim stresses the importance of the role the judge plays in the overarching scheme of things, specifically the decisions to reward certain undesirable problems within the breed, versus a more moderate, well-rounded dog.

When asked what is one thing he would like to tell the fancy, it was that we need better education.

Therefore, Jim would argue that it is imperative to learn the standard at a foundational level in order to move forward not only in one’s breeding program, but for the breed as a whole—and additionally understand that the correct structure of the German Shepherd Dog might not necessarily be the most “exciting” to spectators, but rather, the one that can move at tending speed All. Day. Long. This again circulates back to the importance of judges, and the issue of dogs being evaluated at unreasonable speeds.

Jim notes that when dogs are presented at excessively high speeds, they’re not going to have the endurance to last in a working/herding setting; therefore, when dogs are being rewarded while they race around the ring and are never evaluated at a more moderate speed, it results in an inaccurate representation of what the dog’s structure is and how much—or rather, how little—work the dog could actually perform.

This breed has many, many jobs to do not just run around in a circle—they are a working breed. If you are a true enthusiast and supportive of the breed, you should understand that.

German Shepherds are bred to go at a medium-tending speed and go all day, so why consciously choose to evaluate and reward dogs at such high speeds? Jim says that “this breed has many, many jobs to do—not just run around in a circle—they are a working breed. If you are a true enthusiast and supportive of the breed, you should understand that.”

Lastly, it is important to acknowledge that each of the judges at this year’s National Specialty are longtime enthusiasts of the breed, both as breeders and/or handlers.

While considering this, Jim said that “when you have been involved in multiple facets of the breed—breeding, raising litters, handling, judging, etc.—it makes you a much more well-rounded dog person. Because of this, I have no doubt that myself as well as my fellow judges will know how to keep their ring under control and evaluate the dogs at a moderate herding dog speed.”

Knowing that each of our judges has dedicated so much of their lives to the promotion of German Shepherds, I, for one, am extremely excited to see their procedures, opinions, and placements this year, and Jim’s comments further solidified my excitement and admiration for this year’s National Specialty.

I hope the fancy takes the time to read this and learn about our 2022 Intersex judge, Mr. James Moses—thank you, Jim, for taking the time to talk with me and discuss your judging assignment!

As a young person who has grown up in dogs and wants to continue within the sport, having the opportunity to talk about German Shepherd Dogs with icons in our breed is something that I truly value and learn from, and I hope readers walk away with a similar experience. 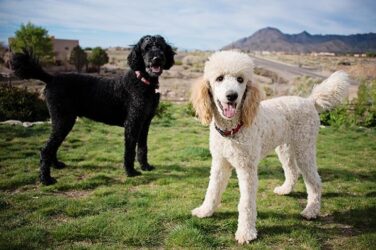 Insights from the 2022 MCKC Breed Judge Richard Powell. Read about the judge's opinions ... 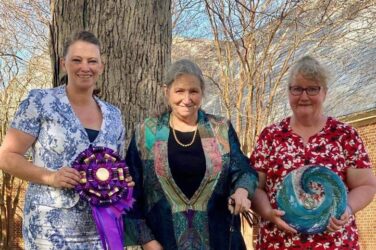 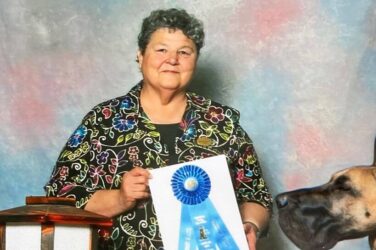 Interview with Working Group Judge Marcia Feld - Where do I live? How many ... 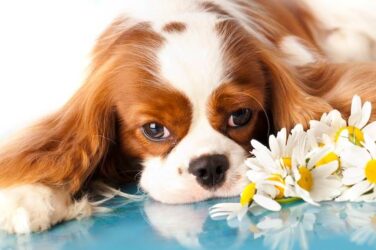 Interview with a Toy Group Judge Cathy Gish - I live in Henderson, Kentucky. ...