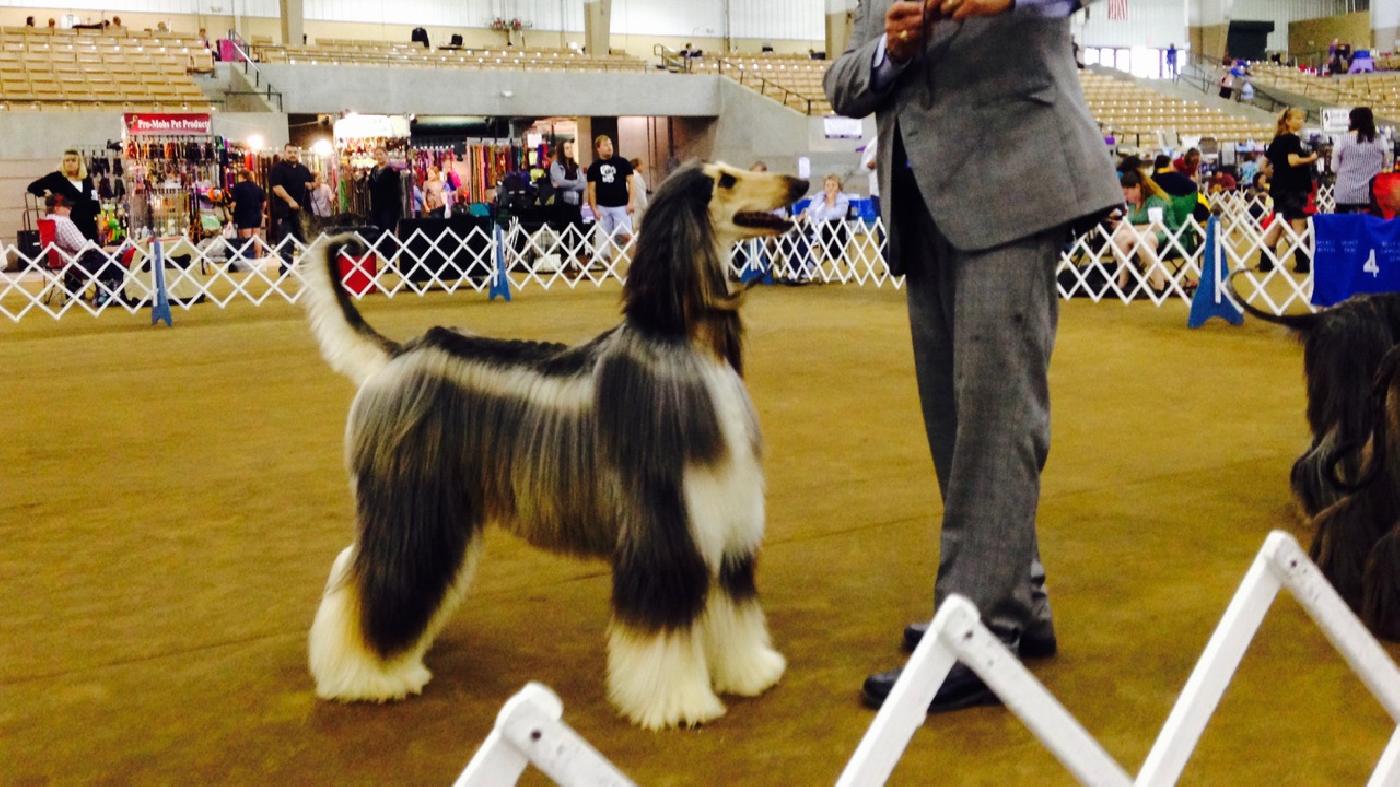 The Afghan Hound. The Dog That Noah Knew. The King of Dogs.

A great Afghan Hound will quickly, yet gradually, fill the voyeur with awe, humbleness and respect because of its unrivaled beauty, its strength, the intrinsic pride and certain vulnerability.

The judge should first look at the dog as one would look at a painting. The Afghan Hound should convey a dignified and distant demeanor. This is a breed like no other. The judge should see a dog framed in a square build, of great elegance, strength and balance. On this initial view of the dog, the judge should easily identify certain distinctive breed characteristics apparent at this time; exotic expression, the crowning glory of a silky topknot, peculiar coat patterning, very prominent hipbones and a first impression of an almost over-angulated rear assembly; an illusion created by the draping of coat. The last named distinguishing characteristic is the unusually large foot of the Afghan Hound which sometimes may be visually hinted at by the hair covering it, but certainly will be found during the manual examination.

A proper and knowledgeable assessment of the Afghan Hound must include a manual examination as with any breed of dog covered in hair. Before we get to this, it needs to be clear that, like most rulers, the Afghan Hound has a lot of rules.

The Afghan Hound has been getting its way for over 4,000 years and so there are some aspects to work around to make this a good experience for everyone involved.

I cannot tell you not to smoke, but if you do, understand that the Afghan Hound has a keen and inherent sense of “Burning Bushes”. Where there is smoke, there is fire. The Afghan Hound knows he is highly flammable. It is recommended that you wash your hands prior to judging the breed to remove any trace of smoke. Please also wash your hands after having judged a breed which produces excessive saliva or the Afghan Hound will quickly show offense to that. The use of heavy perfume or cologne may send an Afghan Hound spinning. Wearing a hat may cause an interruption in the Afghan Hound’s acceptance of your approach. It is understandable that weather may govern what the judge wears, but please know that the more you look like an alien being from outer space and the less identifiable you are as a human, the more contrary the Afghan Hound will be. It is also recommended that there is no talking by the judge when going over a dog. The Afghan Hound isn’t interested in being your friend. In fact, oral familiarity may often bring a certain suspicion and adverse reaction from the dog. There is more on this subject but that is a separate article in itself.

The Afghan Hound may be presented with or without the propping of its tail. This comes under the jurisdiction of the exhibitor. This is determined by how the best and steadfast stack will be maintained.

A proper approach to examine the Afghan Hound is important. This will set the mood for a successful examination. The Afghan Hound does not like to be pushed, or rushed into a situation. As best trained as one of these dogs may be, it must be understood the procedure of a stranger touching the creature is a compromise. The exhibitor should always be allowed the time to have the dog stacked and ready for the judges approach. The judge should move with confidence, but with no aggression. Be deliberate and not hesitant. Any reluctance may arouse the dog to think he has the upper hand.

When approaching the Afghan Hound from the front, take note of a dog standing proud on front legs like two columns. Always approach the head with hands from underneath. Never reach toward the eyes as the Afghan Hound is sure to draw away.

I recommend that the judge inspects the mouth himself or herself and not ask the exhibitor to do so. It is important that the handler holds the dog’s head to maintain control during the examination. The Afghan Hound Standard was written in an age of innocence when people didn’t think they needed to tell anyone that hunting dogs had teeth. The preferred bite is a level bite! A scissors bite is certainly acceptable. It is a judge’s choice to look at the rest. If that is the case, the judge should look at both sides as dentition may not be symmetrical. The mouth should be looked at during the head evaluation, as the inspection of the foot is recommended to come last!

When a judge goes over an Afghan Hound the hands should feel the parts that come together to make this unusual hound. A well angulated front assembly, with wonderful sloping shoulders allowing a neck to be on the dog and not in front of the dog, should be noted. Upon closer inspection the judge will understand why the Standard claims a “practically level” top line. These dogs have low body fat and the bones are closer to the surface and so it is noticed that there are slight deviations across the back; a slight indentation at the thoracic lumbar junction, a muscular rise over the loin area, prominent hipbones leading to a flat descent to where the tail comes out of the body. Even a few points of individual vertebrae may be apparent on a dog in proper weight. Standing back from the dog, looking from across the top to the hipbones should appear level.

When going over the rear assembly, one should find a well angled, well muscled and broad rear. The hocks are low and I implore you to not leave the rear until feeling to see that those hocks are, in fact, perpendicular to the ground. Any affliction of sickle hocks is more easily determined on a stack than moving because of the illusive complications brought about by coat.

The judge’s hands should get in the coat to examine the dog. The hair is silky and this quality may result in some wave to the hair. When short hair is present on the dog, it is of a different texture; that being hard.

The Afghan Hound’s tail is a very unusual commodity. Most importantly, it comes out low from the body and is carried high in action. Ideally, it ends in a ringed tip or it may just curve. It is always a long rather sparsely coated tail (certainly in comparison to the overall coat) and never curls so much that it touches the back, or falls to one side or the other. There is no point of reference other than one’s eye to measure the tail. The judge should never try to undo the shape of a tail. There is no reason to touch the tail except to see where it comes out from the body if the tail is down.

Once the examination is complete, it is time to check the foot. The largeness of the foot is much more notable on the front feet and it is there that inspection is done. The Afghan Hound is very protective of its feet and so if this is not done well it may end in a wrestling match. The best way to do this must be instructed in person.

The Afghan Hound should be the same dog moving as it is standing. The Standard mentions many times about the straight legs, feet facing forward, emphasizing a sound moving animal. It takes practice to get past being mesmerized by the coat and focusing on watching the legs and feet is imperative.

From the side, the Afghan Hound should carry itself with great pride and exhibit an impressively balanced gait, showing strength and athletic ease. When you see it you will know it. It is incomparable.

The Afghan Hound is incomparable. 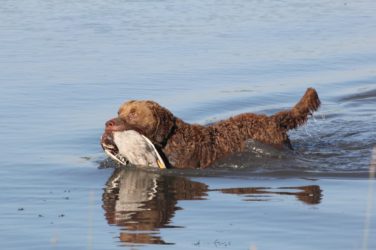 Articles Provided by the American Chesapeake Club The Chesapeake Bay Retriever in the Field ... 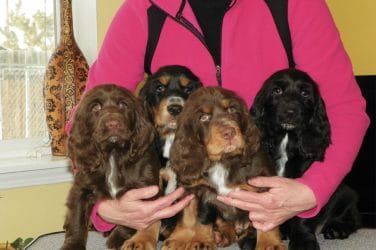 Color, pattern, and markings are the first things you notice when you meet a ... 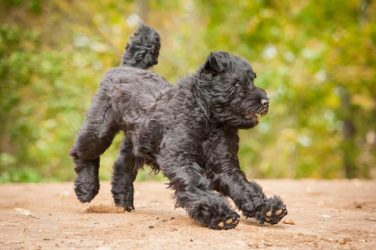