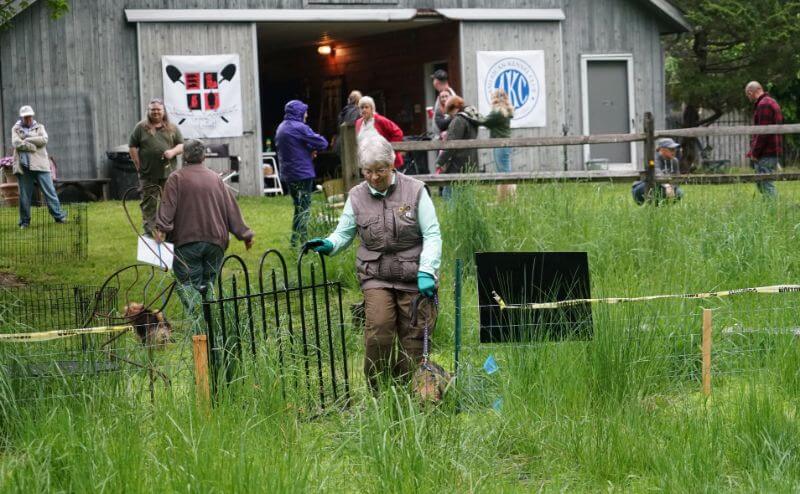 If you identify as a “Preservation Breeder” of terriers or Dachshunds, you are well aware of the tough working roots of these breeds and maybe have even heard that these vocations continue today, right here in the good ole U.S. of A. I commend you. Of equal note are those breeders and judges who pay lip service to the hunting or working temperament, but are not only indifferent but are adverse to the use of their fine progeny in any despicable venial pursuit. If you secretly (or openly) fall into that latter category, there is a solution.

Many breeds offer performance tests that closely relate to the type of work or hunting for which the breed is designed. They’re not the real thing, to be sure, but they do offer a safe and accessible means of proving that your dogs actually do maintain the working or hunting temperament implied or demanded by the standard. Herding Tests, Lure Coursing, Hunt Tests, and Field Trials all serve to test and confirm that the instinct survives. While in many cases they’ve become a sport unto themselves, they are equally useful for the basic training of young dogs that will soon practice their vocation for real, or at the very least, prove that the work ethic is alive and well in your breeding program.

AKC’s current program of Earthdog Tests, along with the competitive terrier trials hosted by the American Working Terrier Association (AWTA) and the Jack Russell Terrier Club of America, have their roots in the postseason activities of the recognized fox hunts. Traditionally, the hunting season ends on the 31st of March, but that same date brings new attention to hound shows, puppy shows, terrier trials, and point-to-point races. About 1981, the AWTA introduced its program of den trials which made working terrier tests available to the average terrier or Dachshund owner. AKC followed suit with its own non-competitive version of the sport in 1995.

Den trials and Earthdog tests both follow the time-honored custom of working the dog in an underground man-made liner of varying degrees of complexity and ending with the dog confronting a well-protected quarry at the far end of the tunnel. The Deutscher Teckelklub 1888 and its North American affiliate sponsor a natural den test which evaluates the dog in a totally natural setting. Every effort is made (within reason) to make the tests as similar as possible to a real hunting experience. Besides being difficult to accomplish, actual live hunting brings risks to dog and handler that many otherwise dedicated breeders and owners are unwilling to assume. Earthdog tests and trials provide a venue so that all dogs and their owners may have an opportunity to test and evaluate their dogs’ temperament and ability to do the job for which they are bred.

At the outset of the program, AKC Earthdog tests were wildly popular, with large entries and tailgate parties reminiscent of the spring races or fall football games. We learned from each other. Over time, other dog sports have eroded the Earthdog “customer base” so that we have fewer participants, but many more successful runs. AKC’s Master Earthdog title still ranks right up there with the Championship Certificate on many breeders’ walls.

Now if you own a terrier, or even wish you did, the Montgomery County Kennel Club’s terrier show (held this year on October 9, 2022 at Macungie, Pennsylvania) is either an annual event or on your bucket list. There is simply no other place on this side of the pond where you can revel in all things terrier. Great dogs, groomers, handlers, judges, and breeders congregate for a few brief hours for this world-class event that has been held annually since 1929. It’s truly the World Series of terriers. But what was missing was the opportunity to evaluate the whole dog, including its ability and desire to perform the tasks for which it is bred.

Some years ago, a group of terrier and Dachshund enthusiasts, many of them members of the New Jersey Beanfield Earthdog Club, embarked on an effort to put together a venue that would make earthwork available to a larger group of owners and breeders.

That effort led to the creation of the National Earthdog Test, an AKC licensed Earthdog Test, held the day immediately following MCKC and close enough to that show so that it was easily possible for anyone entered on Sunday to prove their mettle in the dirt on Monday. (The date, the day after MCKC, is no accident. No worries about having to get that fantastic coat dirty.) Despite having no official status whatsoever, the concept of the National Earthdog Test was well-received and it was sponsored each year by a different AKC parent club of the breeds eligible to compete. The event was paused, though, when its traditional site at Village Green Farm in Crosswicks, New Jersey, was sold.

Two years ago, amidst the throes of the pandemic, a new den trial site was built on a private estate in Mt. Laurel, New Jersey, and with a broad base of support—including MCKC itself. The National Earthdog Test was reborn. The first year it was sponsored by the West Highland White Terrier Club of America. The year 2022 brings sponsorship by the Bedlington Terrier Club of America, and in 2023, the United States Lakeland Terrier Club will take over the helm. Through their sponsorship, these clubs reaffirm their commitment to the preservation of the working ability and temperament in their breed. The event is also supported by clubs and organizations which actively hunt hounds and terriers. These groups know that it will attract folks into earthwork who otherwise would not have the opportunity to “try out for the team.”

The current site at Ev-Ry Place in Mt. Laurel, New Jersey, is specifically designed for Earthdog tests. There is a permanent barn that serves for administration, the rat breeding facility, and even the occasional hunt breakfast. Five separate (and widely separated) dens can be easily altered for various classes and there are two separate hunt-ups through natural woodlands to the ME dens. There is on-site camping available and tailgating is not only permitted, but encouraged. When not actually working your dog, walks through the woods bring pleasant surprises with outdoor art on the property.

Despite the classy title, the National Earthdog Test is a regulation (actually two) AKC event, meeting all of the requirements for safety as well as den design and performance. At this event particularly, the focus is on the dog and handler with little or no prior experience at hunting or den trials. The basic AKC classes of Introduction to Quarry, a non-regular class, and Novice Earthdog, the “regular” equivalent, can be (and often are) passed by dogs with absolutely nothing but their God-given genes behind them. Of course, for the pros and the super pros, there is the Master Earthdog (ME) class where dogs hunt in braces and must actually locate the den itself in order to pass.

For the most part, any den trial or earthdog test isn’t really a spectator sport. It has all the excitement of watching steam rise or grass grow. There are three notable exceptions, however. The first is if the dog being tested is yours or of your breeding. The excitement of its success is both obvious and contagious.

The second example is watching dogs and handlers as they participate in the “hunt up” on the ME course. Teamwork is a necessity, and the opportunity to observe well-trained dogs and the synergy with their handlers is worth the effort. Many judges will allow a quiet spectator to walk behind the brace being tested. Finally, the best exception of all, is that aspiring conformation judges of the Earthdog breeds can attend this (or any) Earthdog test and get CEUs for the observation of those breeds at work. At the National test, conventional breed mentoring in those breeds is often available.

Performance tests and trials, including the National Earthdog Test, can round out your program. Those small initials at the end of your dogs’ names prove that your breeding program really does “have it all.” I hope to see you there.

To learn more about Earthdog, click here. For a quick overview of the sport, check out this excellent video by AKC:

The 2022 Event Sponsored by 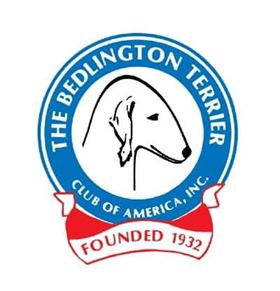 The National Earthdog Test is open to all eligible breeds.

RV space and camping is available at the test site, beginning Saturday, October 08, 2022 by prior reservation.

First Test Begins at 8:00AM

Gate entries accepted for all classes.

Breed mentoring available by pre-arrangement with the event chair: LMFreeman1959@gmail.com 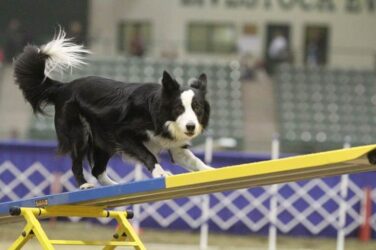 Dog Sports – How Do We Respond When Things Go Wrong?

Dog Sports - How Do We Respond When Things Go Wrong. When things don’t ... 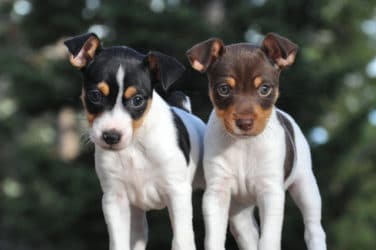 “I Can’t, I Won’t…” Dressing for Success in the Dog Show Ring

From the ShowSight Magazine Archives – taken from the monthly column "Thoughts I Had ...