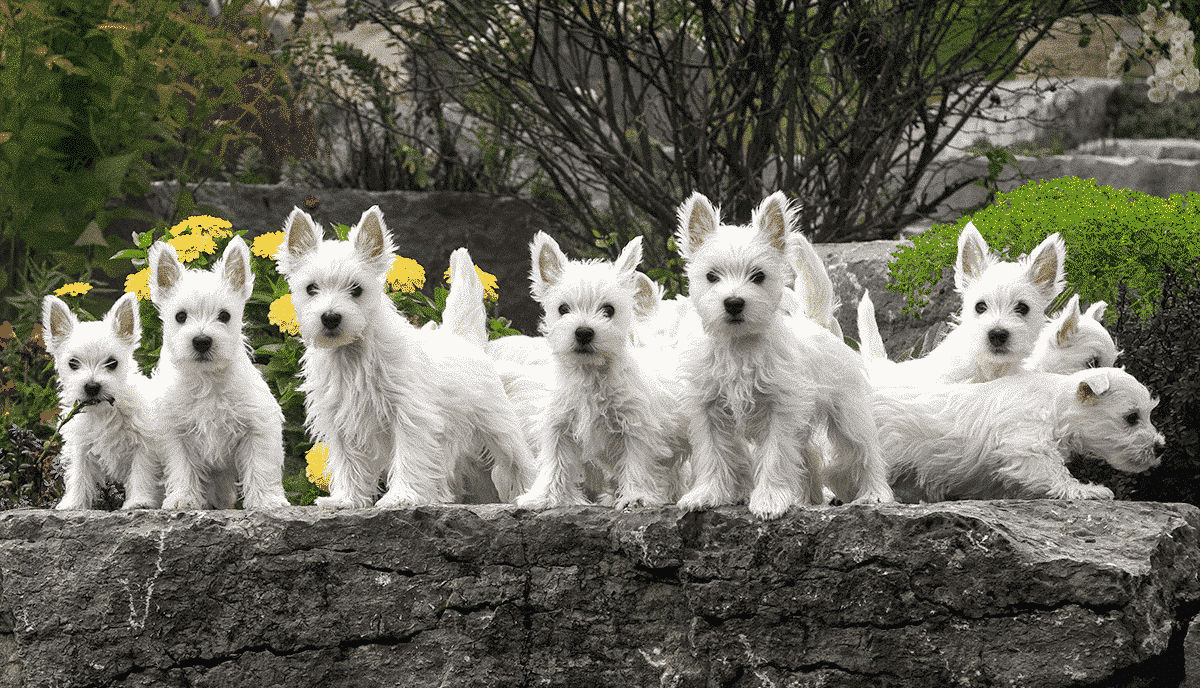 Puppy Growth Plates and Exercise | Simply put, the growth plates in the dog are areas of a type of cartilage that develop at each end of the long bones of the legs. Such areas are found throughout the maturing skeleton, but the growth plates in the legs cause the most concern for damage with the antics of a growing pup. As the puppy matures, these areas calcify/ossify and develop into a denser matter throughout the entire bone. The growth plates are considered “closed” when they have matured fully into this harder bone matter.

As breeders, we inform our puppy buyers of the need for continued socialization of their pup to help the mind grow and mature. At the same time, we caution against over exercising the pup until he is mature enough to withstand more vigorous exercise. What is needed is a balance so that a pup gets enough physical exercise to help them release all that pent up puppy energy and enjoy time spent with you or their siblings, but not so much as to overdo it and have the pup harm himself
in play.

Growth plates contain cells that divide rapidly, allowing bones to become longer as they grow until the dog reaches the end of puberty. The hormonal changes that occur as a pup approaches puberty help to signal the growth plates to close. (This is another reason to not sterilize a pup at a young age as it causes a delay in growth plate closure—and there are several studies that confirm this growing problem. But this is best left for another column.) Until the growth plates close, they are soft and more vulnerable to injury. The growth plate is found at each end of the bone and determines the future length and shape of the mature bone. Only when growth is complete and maturity reached do the growth plates close and are replaced by solid bone. In most breeds of dog, closure is completed by 18 -24 months of age.

As I have stated in previous articles, a dog’s bones are held together with soft tissue composed of muscles, tendons, and ligaments. Basically, muscles move the bones, tendons attach muscle to bone, and ligaments attach the bones to each other. If an adult suffers a physical injury to the skeleton (such as with a joint bending the wrong way or over rotating too much) in an area in which bones are fully formed and the growth plates have closed, the bones will hold firm and the soft tissue surrounding the joint will be pulled, resulting in bruising or a sprain. Should the same injury occur in a puppy, whose soft tissue is stronger than his growth plates, the injury can lead to a fracture of the growth plate thus causing permanent damage to the leg. 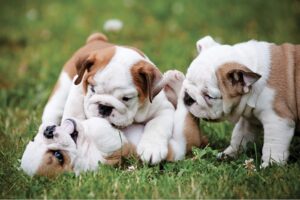 Injuries can be acute or chronic. An acute injury happens suddenly, such as being hit by a car or jumping off a bed or off the stairs. A mild injury may cause bruising, but a more severe injury could cause a break in the leg or a fracture of the growth plate. A chronic injury is the result of damage to an area over a longer period of time, perhaps due to an abnormality since birth or from training for performance competition that involves jumping and quick turns, which wear on his bones to the point of injury. If the damage is done to the growth plate, this can lead to a malformation or a shortened limb that creates an incorrect angle to a joint, leaving a deformity that will affect the dog for its entire life. 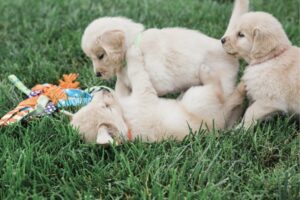 Exercise for the puppy is a vital part of its development, but it has to suit the age and size of the pup. Correct exercise increases bone, so free running and playing with littermates should be encouraged—but not for long periods of time. Free play, roaming around the backyard, and short races around with his littermates are fine. The key is allowing the puppies to go along at their own pace and to play how and when they want to do so. Lead them in simple games they can play with you or with their littermates. One of the favorite things my pups do is the “Great Corgi Chase” around the obstacles in their puppy play yard when we place all of them into the play yard at around eight weeks of age. Again, all play is at their pace and you need to be in attendance during these periods of play. We incorporate a game of “Find It” with each of our pups. We place a bit of kibble in a bowl and place it 10-15 feet out in front of the pup so that they see us place the bowl after we have shown them there is food contained therein. We go back to our “starting point” and tell the puppy, “Find It!” and let them go. Of course, they are going to make a beeline straight to the food in the bowl that’s in plain sight. We do this a few more times and quit for the day. Every day, we place the bowl a bit further away or around a corner or tucked under a chair, etc., making it a bit more challenging each day. Soon they know the hunt is going to be on and they enjoy seeking out the bowl. This can be done outside in the yard or inside the house. Just be sure to keep track of the amount of food and deduct it from their last meal of the day or you will have very pudgy pups. If your pup is under 12 weeks of age, don’t take him on long hikes unless you are ready to carry him when he shows he is tired or starts to lag! A good rule of thumb is to let a pup exercise (walks, play time in the yard, etc.) for five minutes for each month of age, twice daily. 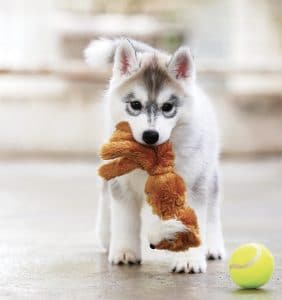 Therefore, a four-month-old pup can handle 20 minutes of exercise twice in a day. No type of endurance training (especially agility) for any dog under 18 months of age—and even later for larger breeds. Young dogs of any breed are not physically (or mentally) equipped to undergo any training that will put continual stress on the bones and joints. Play time with an adult dog that is gentle is also a great thing for both of them. My stud dog loves to play with his babies. He rolls over on his back, letting them jump all over him. He is a kind and gentle dog, as is one of my adult bitches. They are perfect dogs to teach a pup how to interact with an adult dog. Both are kind, but they won’t put up with any nonsense; they let the pup know when enough is enough. All of this is exercise-related as well as wonderful socialization for a youngster.

All such play must be supervised and stopped immediately if it gets too rough or rowdy.

Be cautious in your choice of toys. Gentle play is best so that the pup “follows” the toy but doesn’t charge after it, which can result in twists and turns, and damage to the joints. The same holds true for playing tug-of-war. This is fine between siblings, but can be painful if a larger dog or human is on the other end of the toy.

Other areas of concern include a pup jumping off a bed or other furniture, which may cause fractures. Flooring is important. Until maturity has been reached, heavy carpet or some other sort of padding helps in areas where the pup may try to jump from a distance onto the floor. Stairs (between floors in the house) are another danger to pups if they have to traverse them daily. This can certainly cause chronic stress to their joints. Teach them to go up and down three or four steps on the porch or deck, and also how to go through a doorway (by invitation only)! I do teach my pups how to go up two to three steps on a toddler’s indoor “sliding board” and how to slide down the very short slide as part of their “how to learn” training. Mental training is just as important as physical exercise in a growing pup.

The timing of growth plate closure varies from breed to breed and even from dog to dog within a breed, so a discussion with your veterinarian will help you better understand the developing bones of your particular breed of dog. The smaller breeds’ growth plates tend to close earlier; the larger the breed, the later they close. If your pup is intended to have a performance career, you may want to discuss this with your veterinarian and have them take x-rays to confirm growth plate closure before engaging them in training on equipment that may cause stress to the joints.

If you have any questions or comments or you would like to schedule a seminar, you may contact me via jimanie@welshcorgi.com. From the monthly column "Thoughts I Had Driving Home From The Dog Show". ShowSight, ... 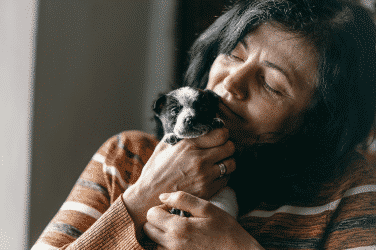