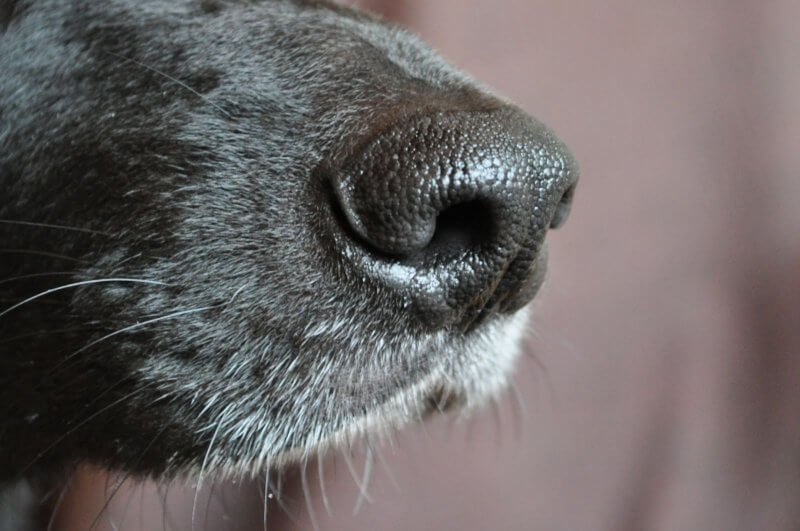 You can see an example of this behavior in Figure 1.

A change of behavior occurs when a dog encounters or detects an odor source that the dog is trained to detect. The handler interprets the behavior change.

What Is a Scent Picture?

Scent Picture can be defined as the combination of odors that are present when a detection dog identifies a trained odor (an odor that the dog is trained to detect).

When you want to apply (work) your dog, usually you look at the working area before you begin. For example, if you are going to search a classroom, you quickly look at all of the objects in the room. You might be overwhelmed by the objects—your dog isn’t. A dog doesn’t concentrate on the objects. At the threshold of the classroom, a dog uses its olfactory system to create a scent picture of the classroom.

How Dogs Scent Differs From Humans

Figure 2 shows an empty box. The odors that are present include those from the construction of the box (the cardboard, glue, odors from whoever handled the box, and so on).

Add an item such as a plastic container with treats to the box, as in Figure 3. Now the scent picture includes the odors of plastic and food.

What Is Scent Discrimination?

Scent Discrimination can be defined as the ability to locate and identify a trained odor when other odors are present.

Humans use this ability every day. People smell vegetables and fruit for freshness. Some smell milk in the fridge to decide whether it has gone bad. While you smell a rose in a florist’s shop, the scents of the other flowers haven’t disappeared. You simply aren’t concentrating on them.

A dog uses scent discrimination at a level that humans cannot achieve. For example, you might smell a freshly cooked cheeseburger—that’s the extent of your scent picture. A dog creates a scent picture that can discriminate the meat, cheese, bun, tomato, lettuce, pickles, and condiments. (See Figure 5.)

What About Residual Odor?

Residual Odor can be defined as the odor that remains after the source of an odor is removed.

Everyone is familiar with the smell of burnt popcorn in a microwave. The popcorn was removed, but some odor molecules remain. Same with the residual odor of cigarette smoke. The odor permeates your clothing and remains long after the smoker leaves.

How long odor molecules will remain depends on factors such as temperature, humidity, length of exposure to the odor, and the source of the molecules. When you apply your dog, remember that other odors are present and affect scent discrimination. 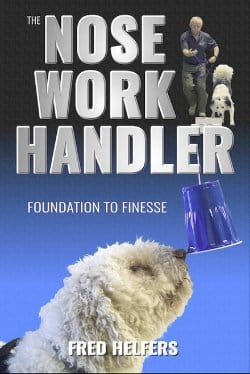 This article is an excerpt from The Nose Work Handler: Foundation to Finesse by Fred Helfers. Reprinted with permission from Dogwise Publishing.

For more tips and information or to purchase the book, click here. 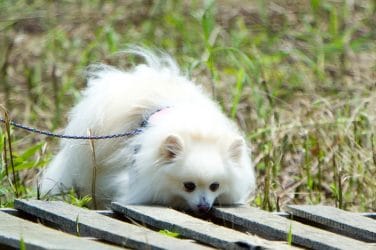 Scent Work, The Next Frontier | Bella my Pomeranian and I have done sports ...