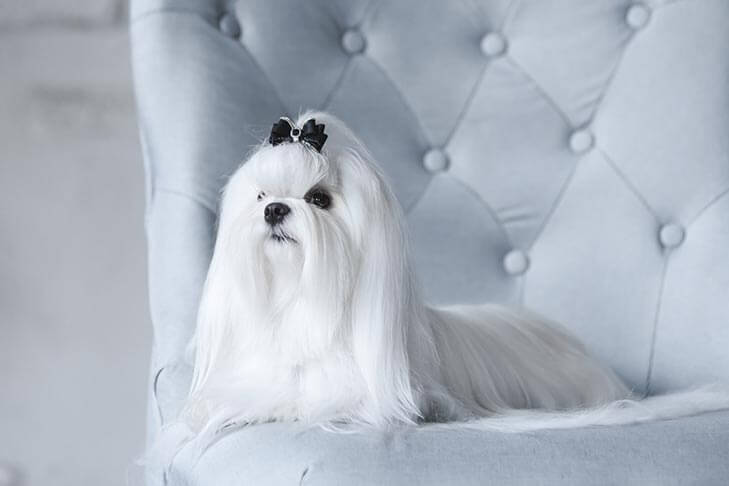 The History of the Maltese – The Maltese dog, once called “The Jewels of Women,” is an ancient breed thought to be over 2,000 years old. The breed is generally believed to be from the island of Malta in the Mediterranean Sea, but the exact origin is uncertain. Called “Ye Ancient Dogge of Malta,” Maltese have adorned the laps of royalty throughout the ages. Images depicting the dog have been found on ancient Greek and Roman pottery and mentioned in the writings of philosophers of the time. During the time of the Apostle Paul, the Roman Governor, Publius, owned a Maltese named Issa, and the poet, Martial, wrote this epigram of the dog:

Issa is naughtier than Catullus’ sparrow

Issa is purer than a Dove’s kiss

Issa is more coaxing than any maid

If she whines, you’ll think she is speaking,

she feels sadness and joy.

The Maltese came to America, primarily from Europe, during the latter part of the 1800s, with the first entry of a Maltese at Westminster in 1877. And in 1894, according to the Westminster website, the famous American journalist, Nellie Bly, entered her Maltese at Westminster some four years after she made a record-breaking trip around the world in 72 days, 6 hours, and 11 minutes, racing the record of Phineas Fogg in Jules Verne’s Around the World in Eighty Days. The AKC Stud Books show that the first Maltese entry in 1888 was two bitches; Topsy—an import, and Snips—origin unknown. While owners of Maltese exhibiting during the latter part of that century are known, the breeders and pedigrees are, unfortunately, lost.

Fast forward to the 1930s, a distemper outbreak all but eradicated the breed from the US. A few very dedicated Maltese breeders worked to bring the breed back from near extinction here in America. One of these breeders, Dr. Vincenzo Calvaresi of Villa Malta Kennels, imported dogs from Ireland and Italy. The Italian dogs, Int. Am. CH Electa Brio, Italian CH Electa Laila, and Italian CH Electa Pampi, are in many of the American Maltese pedigrees today. Up until the time Dr. Calvaresi began to exhibit, Maltese were shown in an unkempt manner as many of the photographs of the time show. He started grooming the coats and tying the hair into rudimentary topknots. Dr. Calvaresi was famous for showing four-dog braces and, at the 1952 Westminster show, Villa Malta won their 18th Best Brace in Show. The Maltese of this era, and for several decades to come, looked more coarse and less refined than the Maltese of today.

In the early 1960s, there were two national Maltese clubs; The Maltese Dog Club of America and the Maltese Dog Fanciers of America. These two clubs merged in 1962 and formed the AKC-recognized parent club, The American Maltese Association. The ‘60s also ushered in the decade of the Maltese at Westminster, with a Maltese winning for the first time in the club’s history in 1964, and again in 1966. A force to be reckoned with during the 1960s was CH Aennchen’s Poona Dancer, bred by Aennchen and Tony Antonelli and owned by Larry Ward and Frank Oberstar. “Poona” broke all previous Maltese records and amassed 38 BIS, two American Maltese Association National Specialty BISS, and won the Group at Westminster in 1966. In addition to being a Top 10 Toy in 1966 and 1967, and a Top 10 All-Breed in 1967 and 1968, she was named the official mascot of the Navy’s U.S.S. Lenawee.

The 1970s was also a good decade for Maltese. CH Joanne-Chen’s Maya Dancer won the Toy Group at Westminster in 1972 and ‘73 and was the National Specialty winner in 1972. “Maya” was bred by Joanne Hesse, owned by Mamie Gregory, and shown by the late and much beloved Peggy Hogg. Maya went on to beat Poona’s record and won an impressive 43 BIS and 134 Group Firsts. He was the top-winning Toy Group winner for 1972 and ‘73.

In the late ‘70s, a Maya grandson hit the scene and broke the Group-winning record of Poona and Maya. CH Joanne-Chen’s Mino Maya Dancer went on to break Group-winning records for Maltese with 150 Group Firsts and 34 BIS. “Mino” was owned by Blanche Tenerowicz and handled by Daryl Martin. He won the National Specialty in 1980 and 1981 and was the Top Toy in 1980. Mino can be found in many Maltese pedigrees today.

Other Maltese of that decade that left their imprint were CH Pendleton’s Jewel, who won the National Specialty three years in a row, CH Malone’s Snowy Roxann, who won 51 BIS and 52 Group Firsts in her short career, and CH Oakridge Country Charmer, who ended the decade with two National Specialty wins and 23 BIS. “Charmer” proved to be prepotent and produced numerous champion get and a multi-BIS daughter.

During the 1980s, the look became more polished and elegant as the grooming style changed. Many of the top Maltese in the past had “the look” of a bouffant hairdo, with the hair standing out like an “A-Frame.” This was due, in large part, to the fact that there wasn’t the vast array of grooming supplies available then that is obtainable now. Their topknots were placed farther apart, almost on the top of their ears, and many of the heads were more coarse looking. There still were, however, beautiful specimens of the breed to behold. During the 1980s, photographs show how the grooming started to change. The topknots were closer together and the coat care allowed for it to grow out long and flowing. Some of the Maltese that stood out during this time were CH Non-Vels Weejun, who also won the National Specialty and 11 BIS, and the beautiful CH C and M’s Tootsey’s Lolly Pop, bred by Mary Day and Carole Thomas and owned by the breeders and Sherry Lemond Ray. In limited showing, “Lolly” won six BIS, BOB at Westminster twice, and the National Specialty twice, first in 1988 and then from the Veterans Class in 1992.

The decade of the ‘90s ushered in many Maltese that made an impact on our breed. It started off with the 25th Anniversary of the American Maltese Association. That year, CH Sand Island Small Kraft Lite, bred and owned by Carol Frances Anderson and shown by Vicki Abbott, won the specialty. “Henry” won the National again the following year, and in his short career obtained an impressive 82 BIS and 237 Group Firsts. He was the #1 Toy and #7 All-Breed in 1990 and #1 Toy and #5 All-Breed in 1991. In 1992, Henry became the 4th, and last, Maltese to win the Toy Group at the Garden.

In 1995, a relatively unknown breeder attended the National Specialty and won WB, BOW, BBEX and Best in Sweeps with her beautiful bitch, CH. Ta-Jon’s Tickle Me Silly. This spectacular little bitch burst onto the Maltese show scene and broke all previous records set for the breed. “Silly” was shown by her breeder/owner, Tammy Simon, who had only been in the sport a mere six years when she won several BIS with Silly. In 1996, the duo was observed during a show by Sam and Marion Lawrence. They decided to back Silly’s show career because they saw something very special in this little Maltese. The Lawrence’s, to their credit, backed numerous dogs to BIS wins, but four of their dogs were campaigned to over 100 BIS each. In the two and a half years that Silly was campaigned, she achieved a record 262 Group Firsts, 103 BIS, and two National Specialty wins. She came back four years after being retired and won a third National Specialty as a veteran. She was the #1 Toy and #7 All-Breed in 1997 and the #1 Toy and #4 All-Breed in 1998. Silly is the top-winning Maltese in AKC history and her record will more than likely stand for many years to come.

Other notable Maltese of this decade include CH Marcris Risqué Business, bred and owned by Joyce Watkins. “Risqué” was a prepotent little male who sired a record 107 Champion get and, as a Top Stud, he refined the heads of many of our Maltese today. Another Maltese is CH Shanlyn’s Rais’n A Raucaus. Bred by Lynda Podgurski and owned by Joseph Joly III, David and Sharon Newcomb, and Vicki Abbott, “Scrapper” won the 1994 National and was a Multi-BIS winner.

This past decade has produced many, many beautiful Maltese—too many to name them all. But some standouts include: CH Divine’s Indecent Desperado, “Bandit,” bred by Angie and Larry Stanberry and owned by Barbara Davis, who was a Multi-BIS/BISS winner and No. 1 Maltese in 2002, and CH Marcris Thrill Of Victory, bred by Joyce Watkins and owned by Tonia Holibaugh and Barbara Davis. “Thriller” won 15 BIS and won the National Specialty in 2004. He was the Top Maltese in 2003 and 2004 and has produced 47 Champions. Another is CH Bhe-Jei’s Pinball Wizard, bred by Bobbie Linden and owned by Tara Martin Rowell. “Tommy” obtained his first BIS at 9 months of age. He went on to win numerous BIS and won the National in 2006. Tommy has produced three National Specialty winners; CH Ta-Jon’s Whose Your Sugar Daddy, CH Ta-Jon’s Pawsitively Silly, and CH Scylla’s Small Kraft Re-Lit—two of whom are also BIS winners. CH Ta-Jon’s Pawsitively Silly, a “Silly” grandson, won the National in 2008 and has produced to date both a Multi-BIS son and daughter. The daughter, GCH Ta-Jon’s Just Bee-ing Silly, “Justine,” won the National in 2011, and the son, CH Pawsitively Pawparazzi, “Snapshot,” is also a Multi-BIS winner.

In 2007, Richelieu’s Sugar Smacks was the first Maltese in the history of the AMA to win BOB from the classes. And to finish out the decade, GCH. Rhapsody’s Regarding Henry won the 2010 National Specialty and is a Multi-BIS/BISS dog. He was the #1 Maltese and #15 All-Breed in 2010, and #1 Maltese and #11 All-Breed in 2011. “Henry” was bred by Tonia Holibaugh and is now residing in Australia. Henry is now owned by William Warke and Craig Emerson and is an Australian champion—and has won BIS there.

The Maltese is one of the most difficult breeds to condition, groom, and show, but there is nothing more breathtaking than to see a beautiful white cloud, gliding around the ring.

Maltese are not just meant to adorn your lap or compete in the conformation ring. They are a very versatile breed, and the fancy is seeing more and more Maltese compete in Obedience, Rally, and Agility. Watching a small, white dog with hair flowing as he “nails” his jump will take one’s breath away. Recently, one standout Maltese, OTCH Mister Rugby Sevens UDX OM1 RN, became the first OTCH Maltese in the history of the breed. “Rugby” was the Number One Toy Dog and High Scoring Maltese at AKC’s 2012 National Obedience Invitational where he placed 29th out of 146 entries. Maltese are also excellent therapy dogs. Known for centuries as the “Comforter Dog,” they take their jobs seriously and do them well. Even considering its glamorous appeal, it has been twenty years since a Maltese has won the Group at Westminster. It has only won the Group five times (twice with the same dog) since records started being kept in 1924. The Maltese is one of the most difficult breeds to condition, groom, and show, but there is nothing more breathtaking than to see a beautiful white cloud, gliding around the ring. 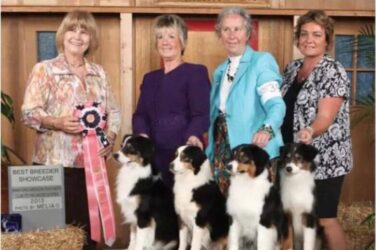 Rebranded by size, the purebred Miniature American Shepherd is holding its own in show ... 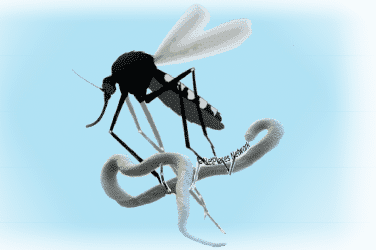 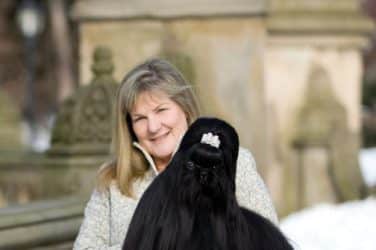 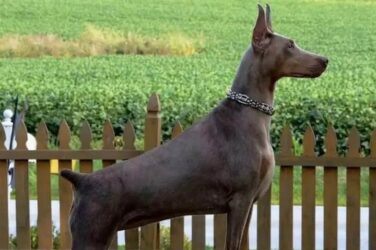 The Guardian Dogs and the Purebred Chinook - This series is a discussion about ...