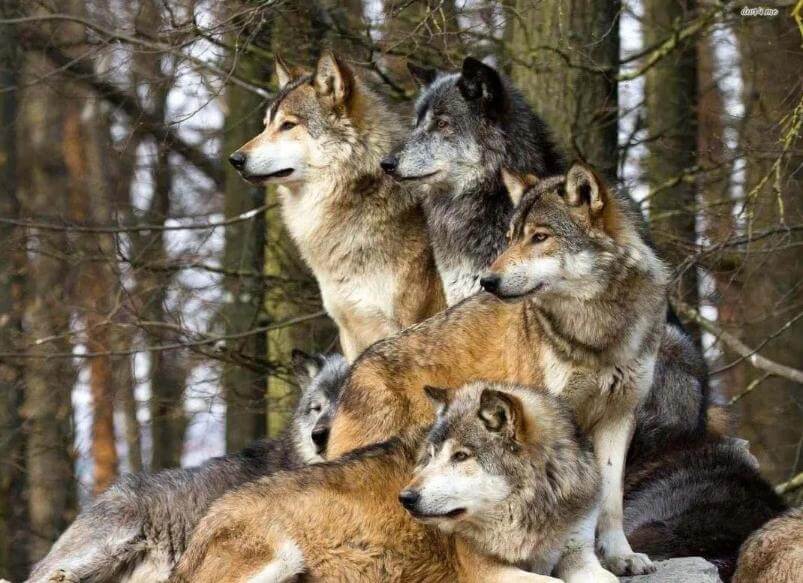 Animal protection laws provide for reasonable care and safety but disregard every animal’s inherent urge to roam, to forage for food, seek a mate, and procreate.

People control animals, even ocean mammals such as dolphins which we imprison in giant pools. Birds that fly miles every day, we keep caged. We say we “protect” wildlife but only a fool would believe that destroying their habitat to build condos protects them.

Did you ever wonder about the emotional-psychological effect of confining beasts like bison and elephants to “reservations” when instinct propels them to constantly move to find forage? Elephants especially hurt my heart because they are so intelligent and every herd member protects the babies. No other animal does that.

And think about this. Animals DECIDE to submit to the mental and physical torture of captivity rather than kill us. Even wild animals make that decision. Certainly, dogs do. They will fight a much bigger dog but tolerate being beaten by an owner.

You and I love our dogs, so we keep them safe behind a fence. But most canines are built and motivated to travel well over 10 miles a day! Wolves often cover 40 miles in a single day of hunting. Make no mistake, every dog will go “hunting” if left unfenced.

I heard you thinking about letting your dog run every day, but you “don’t have time” or “don’t have a safe place” to let him run, sniff, leave his “sign” and explore like a wolf. You love your dog, so don’t push away the truth—the problem isn’t animals, it is too many people.

No matter which way you turn this picture, animals are at greater risk from automobiles and crazy people than they ever were “in the wild.” And there’s this… Animal cruelty laws are enforced only “after the fact,” i.e., after an animal is found to be suffering.

The Federal Animal Welfare Act enacted in 1966 is still valid, but it does a mediocre job of regulating how animals are treated… especially in research labs. Obviously, the AWA has little effect on puppy mills which are easier to hide than zoos and large animal facilities.

The biggest animal problem is America’s exploding population. We must kill more animals to feed ourselves, but grazing animals require space and suddenly we realize there’s not much of that left. That’s why humans are stacked in condos with just a tiny patch of grass out front.

We try to solve the space problem with feed lots where “beef,” “pork,” and “poultry” are created in tiny pens. Grazing, rummaging or eating bugs, those animals were meant to cover a relatively large area, whether measured in acres or miles. Instead, we confine them in “feed lots” where they are psychologically tortured and fed un-natural foods designed to quickly add maximum weight.

As a meat-eater, I try not to think of bacon as pigs. It’s said they are as smart as dogs. I refute that, but accept that they are “thinking” animals. Did you know today’s pigs are genetically designed to have unnaturally long bodies for optimum bacon and pork chop production? I suppose they don’t live long enough to have spinal problems…

One of the worst examples of constant, unending physical AND emotional abuse may be caging “laying hens.” Okay, I hear you thinking, “enough is enough,” so we’ll move on.

Dogs are “pack animals” wired to bonding and social activities. Fencing them in, or worse yet, lockinga canine in the house all day, is “cruel and unusual” treatment. Playing music or providing toys while you are at work is NOT a substitute for the missing pack which you now understand is vital to his emotional health. If he doesn’t have a canine buddy, you are his pack.

He truly is your best friend, and no matter his size, your dog will faithfully protect you and never desert you.

So, before you leave for work tomorrow, think about why your dog misses you so much. Genetically programmed to roam a vast territory, he and “the pack” would investigate holes in the ground, chase bugs and bunnies, and instead of watching TV he would watch for a mate or danger or food.

Hurry home today. Greet your dog as enthusiastically as he greets you. In so doing, you are protecting his psyche and affirming his reason for being a dog. As you hug him, think about his utter and complete understanding of his job.

He truly is your best friend, and no matter his size, your dog will faithfully protect you and never desert you.