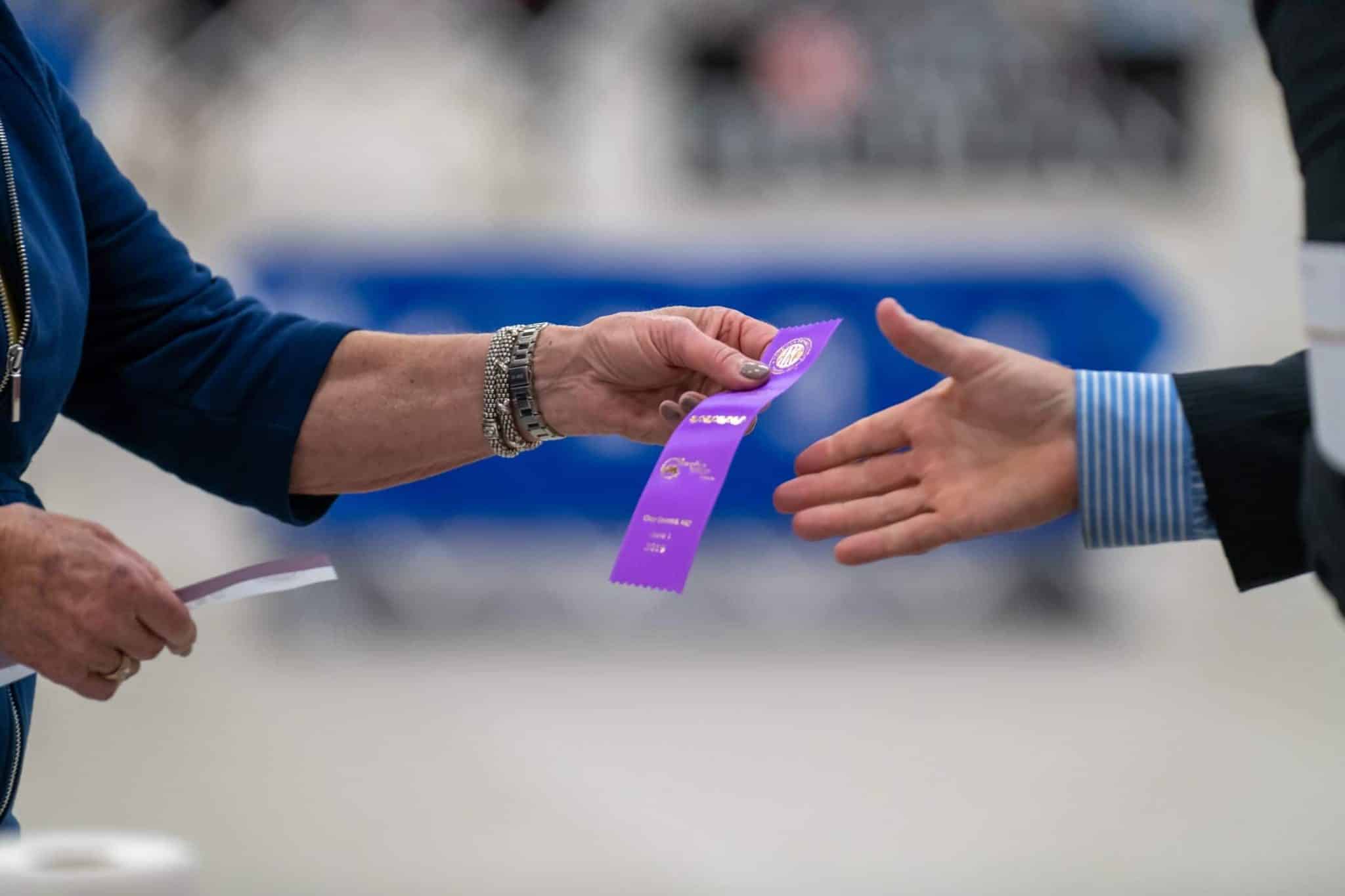 Dog Show Parking, Grooming, and Human Behavior | I don’t know about you, but whenever I turn on the TV and watch just about any news channel, I am bombarded with examples of absolutely terrible human behavior on display throughout our country. Riots, protests, looting, murder, and crime are virtually around every corner.

We still live in a world filled with an overwhelming majority of decent and law-abiding citizens. However, with the magnification provided by the media and technology, there is no question that there are many people and special interest groups that are out of control.

Fortunately for those of us within the dog community, our sport (though not immune to problems) has kept poor behavior somewhat in check.

Probably, two of the least appreciated and most demanding jobs at a dog show go to the persons in charge of parking and grooming

Our sport still has numerous areas that need improvement. We regularly experience displays of poor sportsmanship and attacks on others through social media, as well as the verbal and written abuse of judges and exhibitors. For the new exhibitor or the young family visiting a show, bad behavior is often the cause of why some choose to never return or participate in the sport.

In this article, I would like to address two areas that, in my opinion, still need major work.

Probably, two of the least appreciated and most demanding jobs at a dog show go to the persons in charge of dog show parking and grooming. Having been a show and cluster chair for many years, I can think of no other areas that create as many problems as do these two at almost every event.

When it comes to parking, each facility may have its own rules as to where parking must be located as well as where and how RVs, especially, must be parked. For those attending with RVs when hookups are available, these may be limited and located in more than one area. The facility also sets its fees for the electricity as well as for water and sewer, if available. At most shows, there is a parking charge. These fees are usually between $5.00 and $10.00 per day depending on the facility as well as on the arrangement it may have with the show-giving club.

Many exhibitors complain when they have to pay parking fees to attend a show. It seems as though they feel that the entry fee they paid should be enough. In my humble opinion, these people are very wrong. I know from experience that when most people attend a sporting event, attend a concert, go to an amusement park, a county fair, or any number of other types of events, they are also charged a parking fee above and beyond the admission fee they pay or the tickets they buy. In many of these cases, the dog show parking can run from $20 to as high as $50 just to park your car for the day or the event. Think about taking a family of four to a concert or a major sporting event. Tickets can run from $10, up to and exceeding $100 per ticket, and then they have to pay the extra fee to park and (in many cases) walk a good distance to the facility or event. The fee that you pay at the dog show is very low in comparison, especially when you look at the sizes of many of the vans, box trucks, and other large vehicles that attend dog shows and set up pop-ups, awnings, and ex-pens that take up a lot of room.

Parking attendants at most shows take a lot of abuse and grief from people who, for some reason, think they deserve the best place or the ability to park wherever they want once they get past the gate. Some exhibitors often leave vehicles in the unloading zones for extended periods and become irate when told to move so that the next exhibitor can get in to unload.

Much of the same behavior can be found in the grooming areas. Grooming space, especially at indoor facilities, can be extremely limited. Having enough space to accommodate everyone can be almost impossible in some situations. We must also remember that aisles and set-ups are often governed by the local rules set up for your safety by the Fire Marshall.

Several years ago, some clubs started to rent out the premium grooming space so that people could reserve enough space to handle their entries in advance and be assured of a place when they arrive. This is especially advantageous for handlers and exhibitors with multiple entries that require more space. I will also say that the majority of these people have no problem following the rules. They stack their crates and use the space they have reserved wisely.

On the other side of the spectrum, shows are also required to provide an equal area of free space for those exhibitors who choose not to rent space in advance. In most cases, this is where the problems arise. Many exhibitors just do not follow the rules. The premium list usually states when the area will be open for set up, and it is often “first come, first served” WITH NO SAVING OF SPACE for others. At almost every show, some try to get in early and rope off an area for themselves and their friends. They don’t stack crates and they often have numerous chairs spread out, taking up space. When the show committee comes around and asks them to tighten up the area, many exhibitors have meltdowns and verbally abuse the person in charge or the exhibitors just trying to find a place to set up for their dogs.

At most indoor facilities, the abuse of the electrical situation is mind-boggling. Electrical banks and outlets have limits as to how much power they can supply. You will, unfortunately, always see multiple extension cords being used by numerous people out of one outlet. The abuse of these outlets causes multiple circuit overloads that trip the breakers and create issues for the show-giving club that is working with the facility to keep the electricity available.

When it comes to dog show parking and grooming, I have never understood the behavior of many of our exhibitors when it comes to what they seem to feel they are entitled to. Show-giving clubs prepare in advance and work with the facilities to try their best to make things fair and equal for everyone, within the requirements of the venues themselves. Yet, over and over again, poor behavior and a lack of consideration for others is on display in both of these areas.

It would be interesting to know just how many bench show hearings take place every year due to bad behavior. I know from experience that I have handled multiple situations in these areas over the years.

There are always some people who never clean up their grooming area after the show. They leave hair, garbage, chalk, and powder dust everywhere. The clean-up falls on the show-giving club. It’s the same thing when clubs provide bathing stations and other amenities to make life better for the exhibitors. We also know that there are still many people who never clean up after their dogs.

In the RV areas, it also happens with the trash left behind, even when a dumpster is close by. I have seen multiple instances of both grey and even black water tanks being emptied in the parking area, even when there was a dump station on-site.

As exhibitors, if we don’t start paying attention to these rules, it may be sooner rather than later when clubs start to lose their venues because of the total disregard for rules by exhibitors. Just look at the hotel situation we have today.

When I began exhibiting in 1972, it was easy to go to almost any hotel with your dogs. There were no restrictions or extra charges. We knew that you cleaned up after your dogs, did not bathe them in the room, or leave them loose to trash it. Now we are lucky to even find a hotel that will allow dogs, and most have extra fees or restrictions on the number allowed.

The only way that our sport can continue is by keeping our venues and by learning to respect the rules as well as one another. With the easing of restrictions caused by the pandemic, we have been very good about following protocols involving masks and social distancing. With the pandemic appearing to be under control and with things getting somewhat back to normal, it is even more important to follow the rules and keep the peace.

So, the next time you go to a show, think twice before arguing with the parking people. Be extra courteous to your fellow exhibitors, and try to help each other in the grooming areas. Most importantly, follow the rules and clean up after yourself. Don’t be the one bad egg that spoils it for everyone else.

Remember Matthew 7:12 in everything. Then, do to others as you would have them do to you.

What’s In Your Your Toolbox? 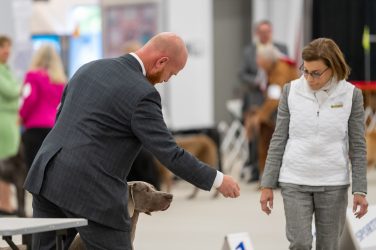 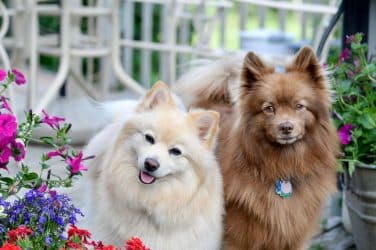 The German Spitz grooming is not as heavy for the breed as you might ... 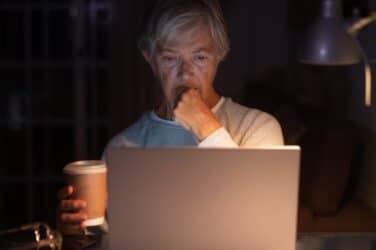 The Bubble – Has Social Media Been a Blessing or a Curse?

There's much to do beyond social media. We need to leave our bubble and ...

As part of our dog habit, most of us belong to at least one ...